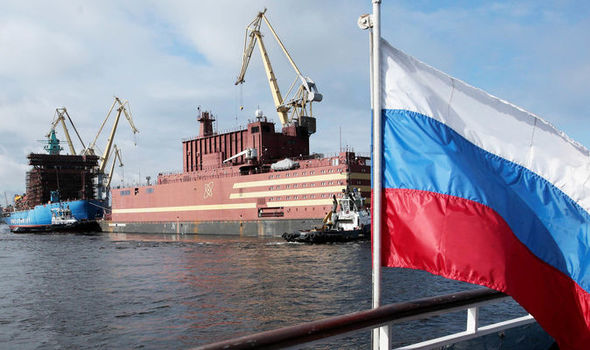 The £337million ($480million) Akademik Lomonosov was towed out of the St Petersburg shipyard ahead of its journey towards Murmansk, on Russia’s northwest coast.

The huge barge contains two nuclear reactors, and once loaded with nuclear fuel, the firm behind the plant says it will be capable of generating enough power for 200,000 people.

Some anti-nuclear campaigners have condemned the vessel as a “dangerous experiment”, with Greenpeace dubbing the boat a “floating Chernobyl”.

But the company behind the plant says it is “one of the safest nuclear installations in the world” and is kitted out with the latest security systems.

It also said many environmental campaigners have been supportive of the project because it will reduce air pollution caused by a coal-fired plant at its final destination in eastern Russia.

Greenpeace nuclear expert Jan Haverkamp said: “Nuclear reactors bobbing around the Arctic Ocean will pose a shockingly obvious threat to a fragile environment, which is already under enormous pressure from climate change.

The 474ft Akademik Lomonosov is due to be towed through the Baltic Sea for the first leg of its journey, before moving around Norway to its destination north of the Arctic Circle.

Once in Murmansk, its reactors will be fuelled, before the vessel heads to Russia’s far east, where it will provide power for a port town and offshore oil rigs.

Rosatom, the company behind the floating plant, had initially hoped to fuel the reactors while it was docked in St Petersburg. 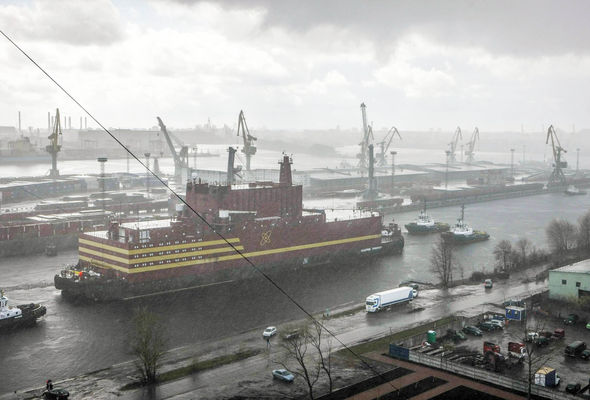 Campaigners have labelled the Akademik Lomonosov a ‘floating Chernobyl’ 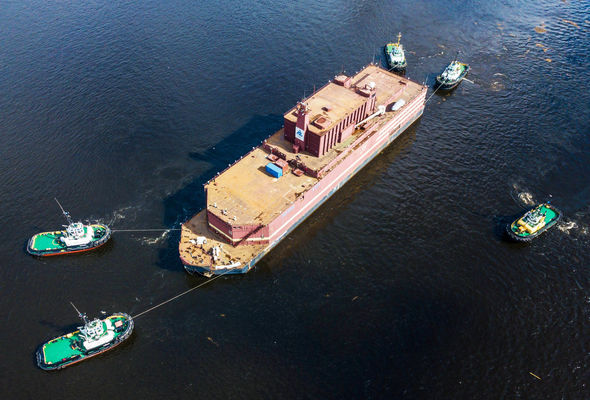 But pressure from residents and Norway’s Foreign Ministry forced the firm to rethink its plans.

In St Petersburg, 11,000 people signed a petition urging the company to fuel the vessel elsewhere.

But Rosatom disputes the claims made by Greenpeace and insists the floating power plant will not be an environmental threat.

It says the vessel will be replacing an ageing nuclear plant in Russia’s far east which is scheduled to be decommissioned.

Following the launch of the Akademik Lomonosov today, Vitaly Trutnev, director of the Rosatom subsidiary responsible for the floating nuclear power plant, said: “It is a significant milestone for our project as well as for the whole world’s nuclear industry. 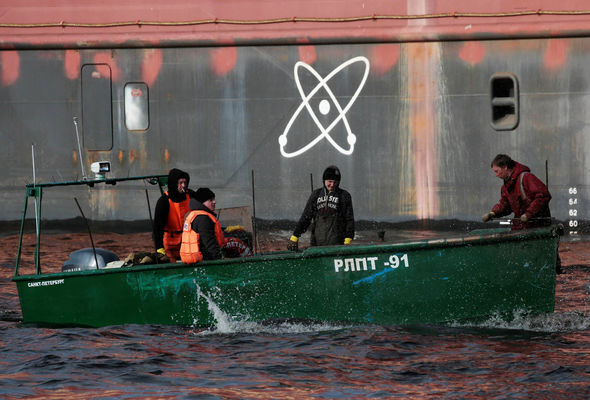 Fishermen sail past the Akademik Lomonosov as it leaves St Petersburg

“Floating nuclear power plants will enable electricity and heat supply to the most remote regions boosting growth and sustainable development.

“Building upon three hundreds of reactor-years of safe operation of units powering icebreakers, floating nuclear power plant features the most cutting-edge safety and security systems and is expected to be one of the safest nuclear installations in the world”.

Speaking after the company announced the fuelling process would take place in Murmansk, Rashid Alimov, Greenpeace Russia’s head of energy projects, said: “Thousands of St Petersburg residents opposed what can only be described as a dangerous nuclear experiment, and they were heard.

“That proves that people clearly understand the risks that they could have been exposed to, and stand for their rights.” 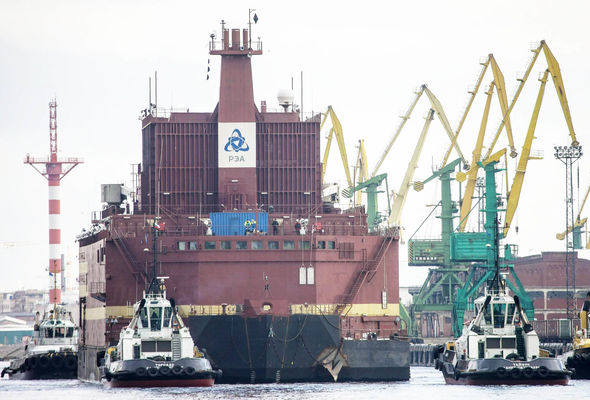 He added: “Greenpeace still considers the very concept of a floating nuclear power plant too dangerous and a senseless technological solution”.

It is fitted with two modified KLT-40 reactors, which are traditionally used to power large ships, which are capable of producing 70 MW of electricity or 300 MW of heat.

By comparison, the new Hinkley Point C nuclear power station planned for Somerset will have an electricity generating capacity of 3,200 MW.