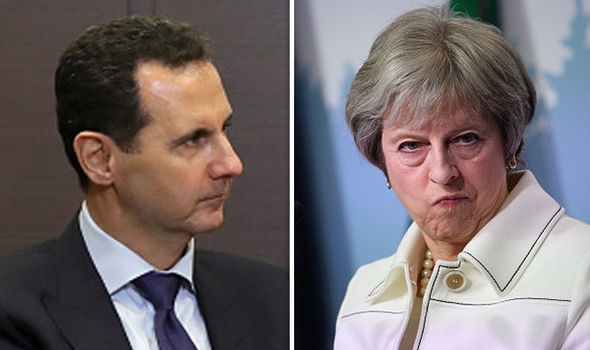 In a rare interview, the Syrian President claims the alleged chemical weapons attack in Douma, East Ghouta in Syria on April 7 was staged.

According to reports from the controversial organisation the White Helmets and rebels Jaish al-Islam (The Sword of Islam), the Syrian military dropped bombs containing an unknown chemical weapon from helicopters.

But Assad claims the UK had a role to play in the alleged attack in which at least 40 people are said to have been killed in order to justify airstrikes.

Assad said: “The UK publicly supported the White Helmets that are a branch of Al Qaeda.

“We consider the White Helmets to be a PR stunt by the UK. So yes, definitely, it was staged by these three countries together and the UK is involved.”

He insists no attack took place and this is supported by evidence of Western journalists who visited the area and Syria’s own intelligence.

He added: “It was a lie. After we liberated that area our information confirmed the attack did not take place.

“The British Government should prove with evidence that the attack happened, and then they should prove who is responsible. This did not happen.”

Following the alleged attack, the US, UK and France launched airstrikes against Syria and targeted several chemical weapons facilities.

The coalition claimed it was to punish Assad for “persistent violations”.

But Assad claims the UK and its allies have no right to lecture other nations. 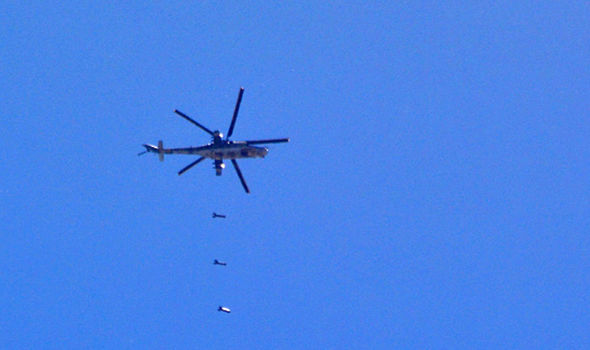 He continued: “The story you’re talking about is that this is a bad president; he’s killing his own people, and the world is against him.

“But he’s been in his position for seven years while he’s fighting everyone in this world. Can you convince your readers of this? It’s not logical.

“It’s not realistic. This president is in his position because he has the support of his own people.

He also said the Syrian Civil war was prolonged because of the UK and the US.

The Syrian dictator said western powers need to leave his country to allow an end to the devastating war which has killed half a million people and displaced over 11million. 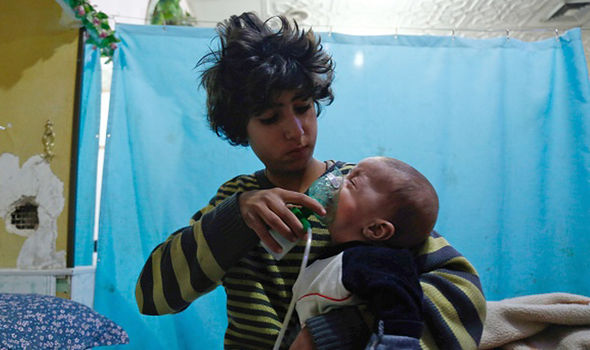 Assad said: “I have always said that in less than a year we can solve this conflict, it’s not complicated.

“What has made it complicated is the external interference. The more we advance, the more support terrorists have from the West.

“So, we think the more advances we make politically and militarily, the more that the West, especially the US, UK, and France, will try to prolong it and make the solution farther from the Syrians.”

The president also claimed the foreign policy being pursued by the UK and its allies is a “colonial” one which has been pursued since the start of the 20th Century.

He concluded: “Britain and the US attacked Iraq illegally in 2003.

The destroyed Scientific Research Centre is seen in Damascus

“This is colonial policy, that’s how we see it, and this is not new. They have never changed this policy… that existed in the beginning of the 20th century.

“For the US, the UK and France their presence in Syria] is illegal.

“It is an invasion, they are breaching the sovereignty of Syria. They don’t accept anyone who has a different point of view.

“The past five years have proved that I was right. Look at the terrorism spreading all over the world because the chaos that is supported by the West in Syria.

“Syria is very independent in its political positions. We work for our national interests, we’re not a puppet state.”