Bitcoin has finally fallen below the $5k line after slumpng to $5,830 late last night.

Yesterday the Bank of England sounded out a pretty clear warning to banks and insurance firms on the future of cryptocurrency.

Writing in a letter to the chief executives of banks and insurers he said: “Crypto-assets also raise concerns related to misconduct and market integrity – many appear vulnerable to fraud and manipulation, as well as money-laundering and terrorist financing risks.”


The rout in crypto currencies is still not finished.

The warning has hit home at one of the UK’s top institutional investment firms with Will Hobbs, Head of Investment Strategy at Barclays Smart Investor saying that the crypto “rout” is far from over.

He said: “The frenzy surrounding crypto has ebbed and flowed with prices. Through the several hundred percent of ascent over 2017, to the c.70 percent decline since Bitcoin’s 2017 peak there has been no commensurate – or even perceptible – change in the fundamental prospects in the crypto currency. The same applies for most of its peer group.

“We continue to argue that without a role in the global economy, the intrinsic value of many of these crypto currencies still sits a long way below their current trading levels. This role is still elusive in many cases, while the arguments behind the idea of a future ‘bitcoin standard’ are still economically illiterate.

“None of the crypto currencies currently fulfil any of the criteria that we would look for in an investible asset and we would continue to advise extreme caution.

“The rout in crypto currencies is still not finished.”

Got something to add? Send your reaction / thoughts / analysis / price predictions over to @DavidGDawkins.

Craig Erlam of OANDA told Express.co.uk that prices is falling because it rose to fast initially and confidence in the products has been damaged.

He said: “We wouldn’t be concerned about the current levels had the price of bitcoin just gradually risen from around $1,000 at the start of last year to $6,000 now, we’d be talking about remarkable returns.

“I think the market is trying to discover fair value for a product that only generates returns when price rises which is difficult to do. Institutional money may help but that same money doesn’t necessarily need to be a backer of these cryptocurrencies so we can’t just assume that’s going to be bullish.

So is this the beginning of the end for crypto?

“I don’t think we’re seeing a crypto funeral, more so the consequences of a late-2017 rally that was built on little more than hype and the hope of easy profits. We have to remember that even at the current levels – around $6,000 – the price of bitcoin is up more than 500 percent from the start of last year, which is hardly a bad return.

“Even if prices halve again from here, the return over an 18 month period is still huge. I also think that while cryptos may not be in the headlines as much at the moment, there’s a lot of work happening in the background which suggest this isn’t an industry that’s suffering a slow death.” 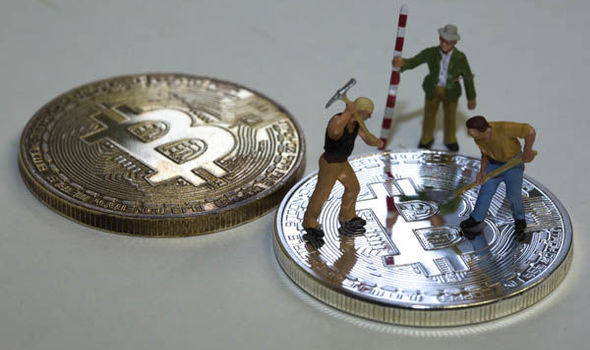 9.51am – ‘Summer of discontent continues for Bitcoin’

Jordan Hiscott, Chief Trader at ayondo markets told Express.co.uk that initially he had predicted that by the end of the summer we would have at least challenged the $5,000 level, but in reality this could be reached within a couple of weeks.

H said: “Various catalysts can be attributed for this, but for me the hacking of exchanges has a huge detrimental effect on the confidence of the crypto asset.

“At the moment, given the prevalence of these attacks, I am wondering why the main exchanges don’t have cold storage wallets. Importantly, these storage applications for crypto assets operate on an offline basis, so the chances of hacking should be massively reduced.”

LiteCoin is going down with the market dip

Joseph Carson, chief security scientist, Thycotic told Express.co.uk that the Bank of England is waking up to cryptos volatility.

He said: “It is pretty clear why the Bank of England is raising concerns over cryptocurrencies as Bitcoin has lost approx $200 Billion in value alone this year now the hype has faded and reality has settled in – it’s volatile and should never be considered for investment.

“Cryptocurrencies are a good thing, though they need to be stable, regulated and scalable, so it will be a matter of time until a clear common cryptocurrency is accepted. The biggest challenge with cryptocurrency is spending it, as more and more retailers are no longer accepting it as a payment method.