DJI is the leading name in drones, and we’ve liked their prosumer Phantom and Mavic lines quite a bit — but it looks like the company has also quietly built a professional cinematography drone that’s so high-end, it’s not even for sale. You’ll hire DJI to send out a fancy van with a dedicated team of professionals, presumably to fly the drone for you.

As DroneDJ notes, the DJI Storm was quietly revealed in a YouTube video that seems to have flown under the radar (so to speak), and we’ve confirmed it exists on DJI’s Chinese site as well. It sure sounds like a beast: an eight-rotor aircraft that can carry up to an 18.5kg (40.8lb) payload. That’s enough to carry an sizeable filmmaker’s rig like an Arri Alexa LF camera, complete with lens, one of DJI’s wireless follow focus systems, and DJI’s Ronin 2 gimbal for stabilization.

As you can see in the video, it’s a way beefier drone design than DJI’s current $5,000 Matrice 600 for pros, a drone that can only carry a 6kg payload by comparison. And it’s roughly 10 miles per hour faster too, with a top speed of 80 kilometers per hour (roughly 50mph). DJI’s site says it can fly for 15 minutes with a 12kg payload, though that may depend on the batteries you use. 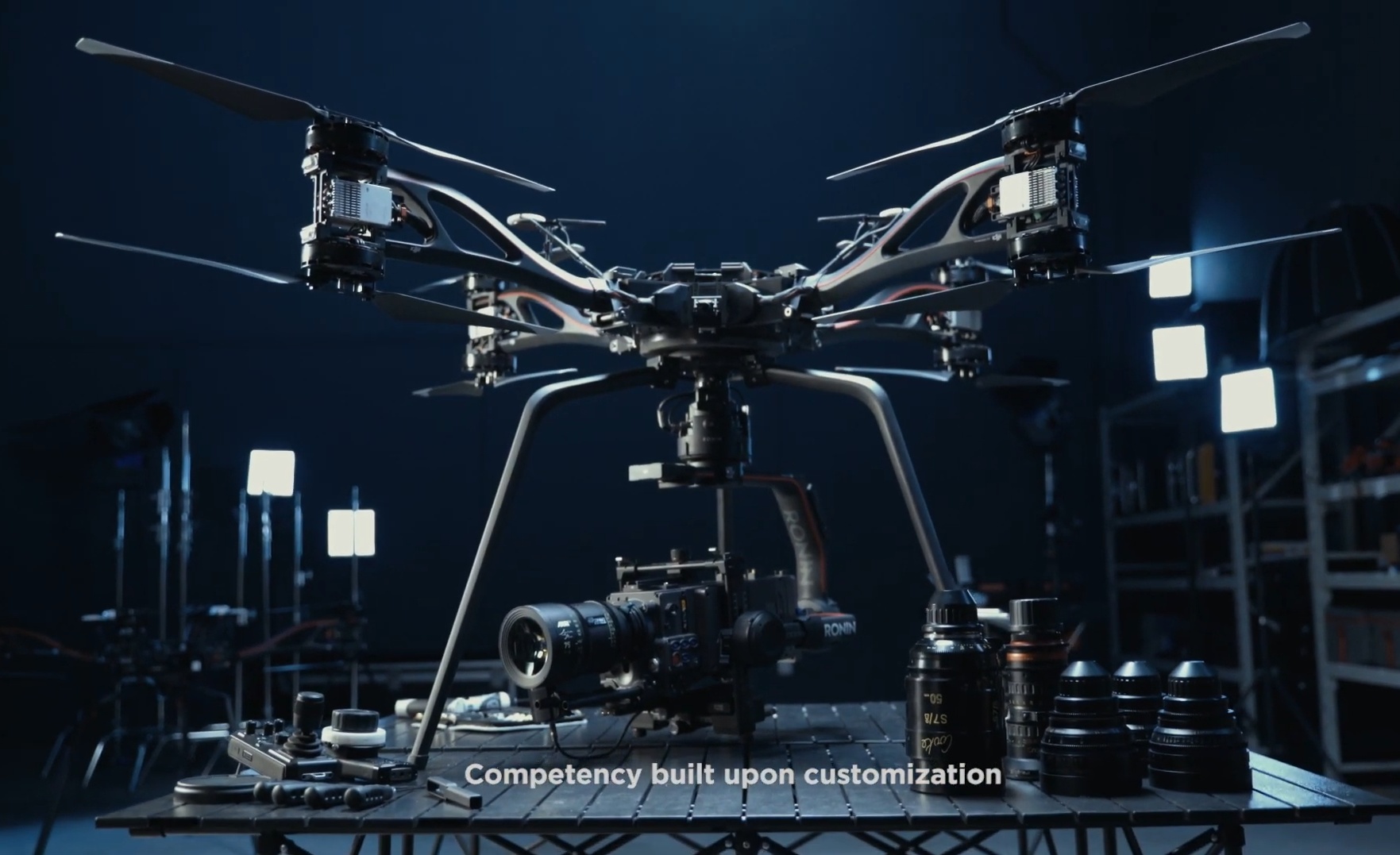 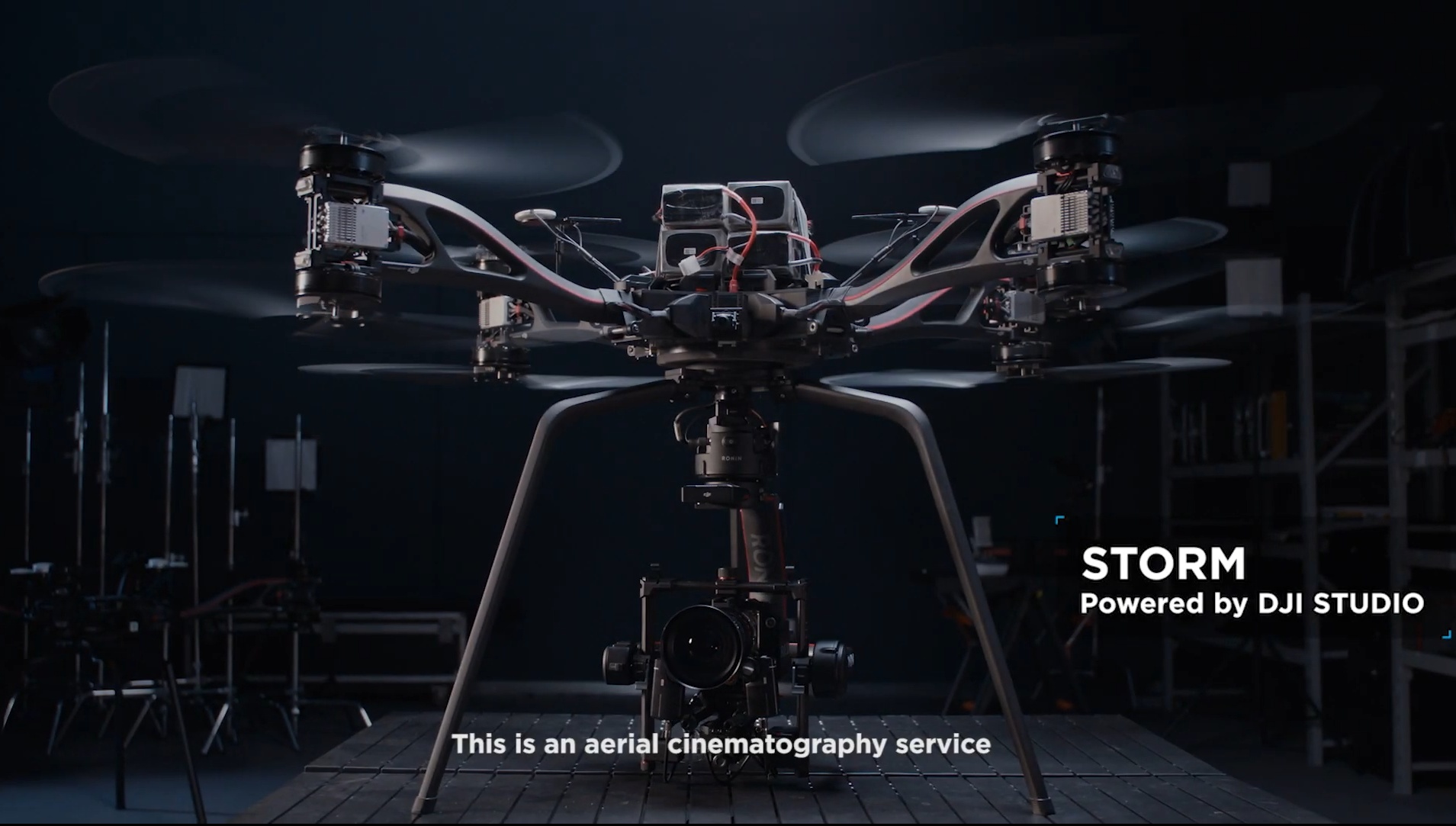 Looks like you’ll just strap a stack of batteries on top.

Needless to say, this would be a very pricey drone, considering that DJI’s Ronin 2 gimbal runs north of $8,000 by itself, and other heavy lift drones like the xFold Dragon X12 can cost $30,000 and up. But as you can see in the video, DJI seems to be currently reserving it for its DJI Studio Custom Aerial Cinematography Service, which is why it comes with a van, crew, and presumably sets of DJI’s fancy Master Wheels and Force Pro remote control systems, both of which allow cinematographers to move their Arri or Red camera more like they would if they were actually moving it on the ground.

DJI Studio isn’t a new business for DJI, by the way — it’s been working with cinematographers in Asia for at least a couple years from what we can tell, but its Chinese website shows that its offerings have been limited to the DJI Matrice 600 paired with a Sony A7S II camera, or a DJI Inspire 2. Now, it’s apparently got a rig ready for customers who need a little bit more.

Note that none of this is necessarily available yet, and it’s not clear it will be available in the US at all. When we reached out to DJI’s representatives in the United States to get more info about the drone, they said they’d need to check with overseas teams first.