As devotees of the 1978 cinematic masterwork “Animal House” know, the motto of the film’s fictional Faber College was: “Knowledge is Good.” While perhaps a bit unspecific and lacking in the usual feigned gravitas, the motto does go a long way in explaining our world today, particularly as it relates to the popular game show “Jeopardy!”

Before Monday night, James Holzhauer, a professional sports gambler from Las Vegas, seemed unbeatable. Night after night he not only won, he won big. He deployed what seemed like a riverboat gambler’s swagger but what was actually a precise statistician’s methodology. He went first for the high-dollar answers and always bet big on the Daily Doubles. He mastered buzzer timing. So successful was he that observers proclaimed that he had gamed the system, even “broken” it.

And then, after 32 consecutive victories that left him on the brink of breaking the record for most money won, he was beaten by a librarian.

Like 35-year-old Holzhauer, 27-year-old Emma Boettcher had long studied the game — to the point of writing a master’s thesis on it. But the main reason she won is that she knows a lot of stuff. She is, after all, a librarian, one employed by the University of Chicago, among the most prestigious institutes of learning on the planet. Both she and Holzhauer went through the entire game without getting a single answer wrong.

Some analysts will no doubt attribute her win to dexterity with the buzzer, or to the dynamics of having a third strong contestant. But the reality is that Boettcher and Holzauer never would have gotten so far without having a lot going on between their ears. Depending on how many more games Boettcher wins, her victory could be seen as a kind of cultural moment in the vein of Bobby Riggs versus Billie Jean King. 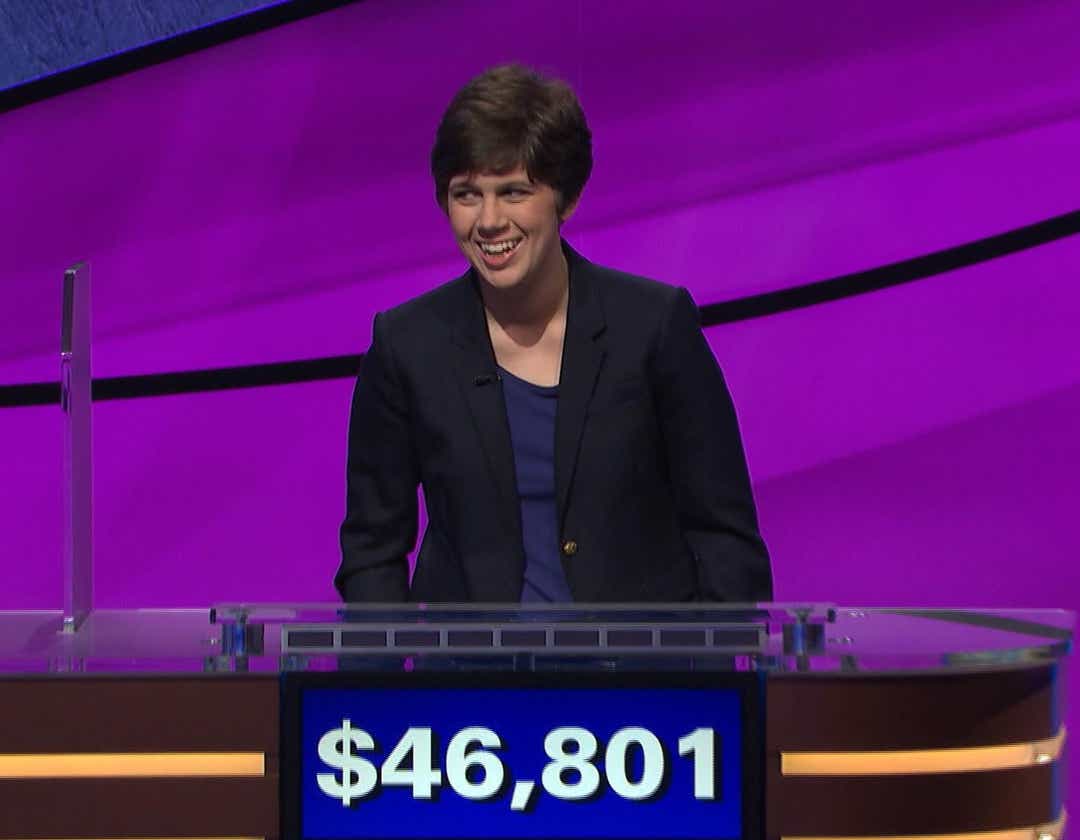 Holzhauer, notwithstanding his obvious intellectual acumen, was a kind of cult hero to the middle-age, modestly educated, sports-addicted American male. Let’s call him Sports Man. Sports Man thinks professional gamblers are totally awesome because they make a living doing what others do for fun. (Never mind that many are actually math nerds.) Holzhauer’s success made “Jeopardy!” a hot topic on sports talk radio, a place not generally noted for its erudition.

Sports Man has no such affinity for librarians. He sees them as restrained, precise — and always telling people to be quiet. For Holzhauer to be taken down by one is a staggering loss.

For millions of others, the opposite is true. There is the obvious gender issue. Nine of the top 10 winners of consecutive games on “Jeopardy!” are men.

More important, though, is the blow Boettcher’s win strikes for education, academic rigor, book smarts. Highly educated professionals aren’t getting a lot of attention these days. President Donald Trump doesn’t have much use for them. Candidates and journalists are focused on working-class voters.

Boettcher’s win is a statement for underappreciated overachievers everywhere. The nation’s bibliothecaries are no doubt fist-pumping her victory this week.

In its own small way, Boettcher’s win shows how education still maters. And how knowledge is, indeed, good.

— By Dan Carney for the Editorial Board

If you can’t see this reader poll, please refresh your page.