As head of the Jackson clan and father to 11 children, including Michael and the other members of the Jackson 5, Janet and La Toya, he engineered the rise of the most famous musical family of the modern age.

He was also an autocratic bully, an adulterer and, according to one of his own daughters, an alleged child abuser, who spent his final years still desperately trying to cash in on the success of his most famous progeny.

Now it has emerged that even as Joe Jackson, 89, lies on his deathbed suffering from an undisclosed terminal illness that has seen him ailing for months, he is still trying to exert his relentless control over his family.

According to son Jermaine, 63, members of the family including wife Katherine, 88, and daughters Rebbie, 68, and Janet, 52, have been prevented from visiting the dying patriarch at the hospital in Las Vegas.


I whipped him with a switch and a belt. I never beat him. You beat someone with a stick

“No one knew what was going on,” said Jermaine this week. “We shouldn’t have to beg, plead and argue to see our own father, especially at a time like this. We have been hurting.

“We were not being told where he was and couldn’t get the full picture. Even from the doctor. My mother was worried sick. He’s very, very frail, he doesn’t have long. The family needs to be by his bedside. That’s our only intention in his final days.”

It is understood that the instructions were given by Joe himself, in what might be seen as a last desperate attempt to bend his family to his own will, regardless of the consequences. It is a trait Joe has spent decades enforcing.

In the 1960s and 1970s, as he oversaw the rise of The Jackson 5 from small-town family talent act to the most successful pop band on the planet, so severe were his methods that his children were not even allowed to call him dad, instead being forced to address him as Joseph.

He is said to have routinely administered physical punishment in the form of whippings and beatings and Michael Jackson once claimed that as a boy he became so scared of his father he would be physically sick when he saw him.

Joe later dismissed the claim scornfully: “Yeah, he regurgitates all the way to the bank.” He also defended his style of parenting by saying: “I taught them to be tough. We raised them in a tough neighbourhood, where other kids were in gangs and getting into drugs.

“I didn’t want them to be soft. I whipped him with a switch and a belt. I never beat him. You beat someone with a stick.”

Born in 1928 in the one-horse town of Fountain Hill, Arkansas, Joe’s grandfather was a slave and he later described his upbringing as “lonely” and with “few friends”.

His parents separated when he was 12 and after a period living with his father in California, he moved to be with his mother and four siblings in a Chicago suburb and pursued his dream of becoming a professional boxer.

It was while living with his mum that he met and married local girl Katherine Scruse: in 1950 the couple moved to nearby Gary, Indiana, and within eight years had eight children, the youngest of whom, Michael, was born in 1958.

The pressures of looking after his family meant Joe had to abandon boxing to work full time, though he also played guitar with a blues band named The Falcons.

Although he remained frustrated at The Falcons’ lack of success, it was when he caught nine-year-old son Tito playing with his guitar in 1962 that Joe’s fortunes changed.

Despite initially threatening the boy with punishment for snapping a string, Tito played on, impressing Joe. He encouraged Jermaine and Jackie to join Tito in forming a group, later adding Marlon to it, and eventually Michael.

Five years later The Jackson 5 played New York’s Apollo Theatre in Harlem and in 1969 they were signed to Motown Records.

Michael Jackson during the HIStory world tour in 1996

Their first single, I Want You Back, was released that same year and shot straight to No1: the next four all followed, with the group setting a world record as the first musical act ever to shift 10 million records in 10 months.

The all-singing, all-dancing kids, led by an 11-year-old with the most extraordinary voice in pop music, were suddenly superstars. And Joe, as manager, was loving every moment of it.

But if the TV appearances, magazine shoots and record sleeves showed a healthy, happy family having a wonderful time, away from the cameras the reality was somewhat different.

Joe had relocated the family to California and taken control over every aspect of their lives. From the start he had been a domineering presence, forcing his children to rehearse to the point of exhaustion but by the 1970s the obsessive control had become physical.

Michael Jackson later revealed how the children would be whipped or beaten if they missed a step or hit a bum note. He also revealed how his father would ridicule his appearance, calling him “ugly” and making fun of his skin complaint vitiligo.

One night, Joe even crept into his room wearing a fright mask in order to teach his terrified child not to leave the window open when he was asleep.

By the end of the decade however, Michael – now a global star in his own right – had asserted some control of his own, securing a solo deal and freeing himself from his father’s management. 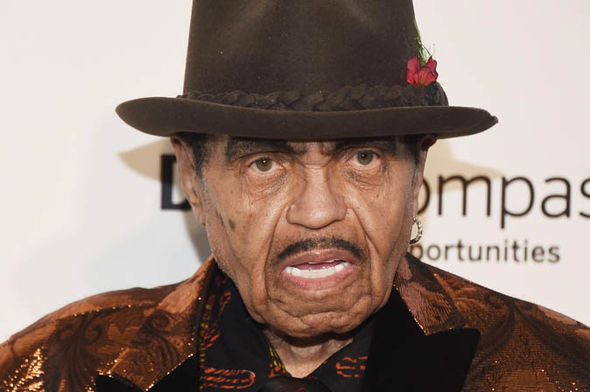 Instead, Joe turned his attention to youngest daughter Janet. Although she has said he never physically abused her, she revealed in 2011 that in later years the two barely spoke, adding: “I wish our relationship was different.

“I think my father means well and wants nothing but the best his kids… but that is not necessarily the right way.”

However, Janet’s older sister La Toya, now 62, painted a very different picture in her 1991 autobiography, writing that Joe not only beat his children but sexually molested her and sister Rebbie.

“When your father gets out of bed with your mother and gets into bed with his daughter and you hear the mother saying, ‘No, Joe, not tonight. Let her rest. Leave her alone, she’s tired,’ that makes you crazy,” she wrote.

She later said she regretted the accusations: “I was young then and had a lot of people in my life that didn’t need to be there. So I lashed out at my father, both of my parents really, because of things other people said.”

Although Joe remains married to Katherine, in 1974 he fathered another daughter, Joh’Vonnie, 43, with Cheryl Terrell, a secretary 20 years his junior with whom he had a 25-year affair.

In a recent interview this year she described Joe as a “loving” father who was a regular visitor to his secret family, lavishing her with gifts and tending the vegetable patch with her mother, who died in 2014. 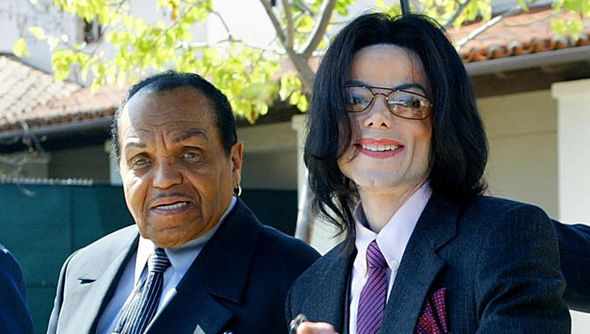 Joe Jackson’s family have been barred from his deathbed

But if he had a good relationship with Joh’Vonnie, by the time of Michael’s death in 2009, Joe was all but cast out from the superstar family he had helped create.

Although Katherine receives more than $1million (£750,000) annually from Michael’s estate, Joe was completely left out of his son’s will.

Yet despite that, he has still attempted to cash in on Michael’s fame, allegedly charging $50,000 (£38,000) “appearance fees” to talk about his son, and even trying to market a range of perfumes in a Las Vegas mall with Michael’s image on them.

Now, as the patriarch’s health fades, it seems he’s still attempting to assert one last degree of control over his family, even as they try to visit his sickbed to say their last farewells.

In one of his most recent interviews, Joe Jackson remained unrepentant about the way he brought up his children. “I’m glad I was tough, because look what I came out with,” he said. “I came out with some kids that everybody loved all over the world.”