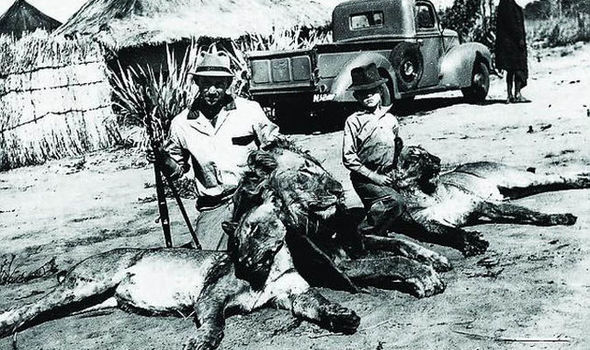 Smith took the advice and says in this autobiography: “It is because of him that I have written only about Africa.”

Smith, 85, was born in the British protectorate of Northern Rhodesia, now Zambia, and raised on his father’s 25,000- acre ranch.

His love of the continent shines from the pages of On Leopard Rock as brilliantly as a dawn over Table Mountain (the title refers to an estate Smith bought, east of Cape Town, where he introduced game animals to the wild in a conservation project).

Smith’s breakthrough book was When The Lion Feeds and he has published another 40 novels since, selling an incredible 130million copies.

Along the way he has hunted big game, partied with Hollywood royalty, married four times and seen South Africa, of which he is a proud citizen, transform itself from a pariah state shamed by apartheid to what Archbishop Desmond Tutu christened the Rainbow Nation. Smith subtitles his memoir A Life Of Adventures.

We are soon immersed in the first of them. His father, a tough, practical man, a farmer and metal worker, had taken the family to the Zambezi Valley for their annual safari.

They planned to hunt buffalo, elephant, reedbuck. But the hunters became the hunted. The eight-year-old Smith and his sister were woken by roaring outside their tent.

A pride of rogue lions had infiltrated their camp. Smith, terrified, watched through the tent flap as the alpha lion attacked his father’s foreman who fought him off with an axe.

Then his father staggered from his tent, rifle in one hand, torch in the other to face the charging lion.

He killed the man-eater with a single shot as it leapt at him then turned his gun on the other two, killing them as well.

What happened next puzzled young Wilbur. “My father was kicking his naked feet fiercely into the air and uttering a series of terrible cries.”

A mysterious ritual? A victory dance? No, the rampaging lions had scattered hot coals from the camp fire and his father was trying not to tread on them.

Smith writes that his mother had instilled in him a love of books which fostered a desire to be a writer.

His own favourites were H Rider Haggard, CS Forester and Ernest Hemingway. But his father told him: “You’ll starve to death. Go and get a real job.”

Smith ignored him but by the age of 25 he was “divorced, a single dad with two kids, and just about penniless”. 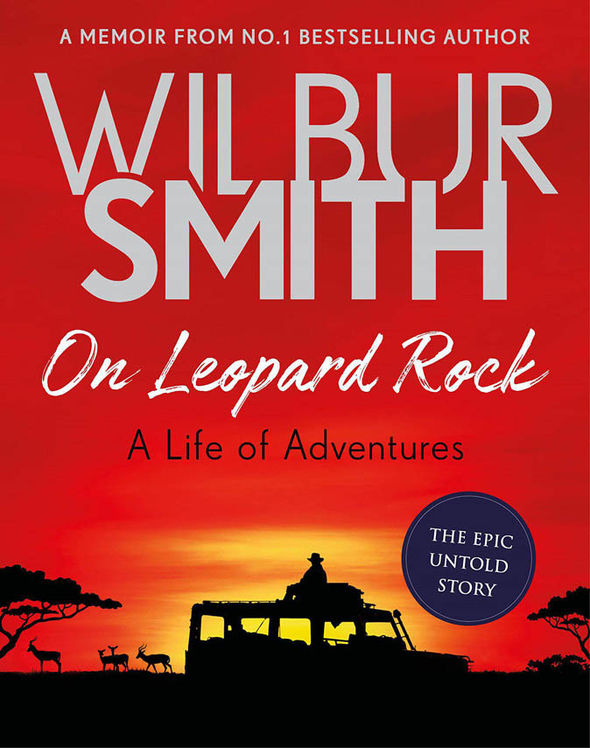 On Leopard Rock: A life of adventures by Wilbur Smith

He is now reported to be worth more than £100million. Despite his phenomenal sales Smith clearly feels resentful that he has not been given his due as a writer.

He rails at the patronising description of “airport writer” levelled at him by literary types who “sneer at our commercial success”.

He tells how, after South African Nadine Gordimer won the Nobel Prize For Literature, one of his fans agitated for Smith to be awarded the prize too.

Much ado about nothing, sighs Smith, self-deprecatingly. But you sense he doesn’t mean it.

And he points out with breathtaking ego that Shakespeare and Dickens were popular writers in their day. If he is lyrical when writing about Africa, Smith is not particularly revealing about the rest of his life.

Several of his books, including Gold Mine and Shout At The Devil, were turned into films or TV series, allowing him to rub shoulders with celebrities.

Gold starred Roger Moore and Susannah York who, he gushes, was “as cute as they came”. Late one evening at a Johannesburg nightclub Smith danced with York. He drew her closer and closer.

“I thought this was going to be my lucky night,” he writes (gallant, no?). But Moore prised her from his arms, saying: “Bedtime I think, we’ve got to film tomorrow.”

If you are underwhelmed by that story, Smith has other anodyne anecdotes. And while he dedicates the book to his fourth wife Niso, who is 39 years younger, there is little about the other three wives or about his children with whom he has had a troubled relationship.

Smith seldom failed to make his fictional characters come alive on the page. It is a shame he couldn’t quite do the same for his own life.