While airline passengers wait for onboard WiFi to go mainstream, they can test a new technology using light for in-flight data transmission in the skies. The technology is called LiFi.

What if light was the answer to in-flight connectivity? It may sound crazy, but the technology offers several advantages, such as very high-speed multimedia data throughput — some 100 times faster than existing WiFi systems — and eliminating the need for on-board copper cables, which add extra weight to the aircraft, impacting fuel efficiency. 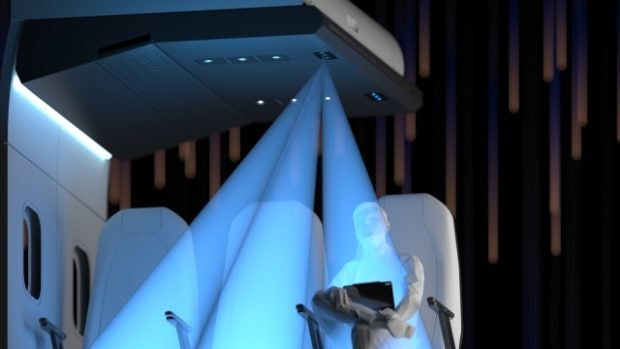 Render of how Lifi would look like in-flight. Image: Courtesy of Latécoère via AFP Relaxnews

It may sound futuristic, but this technology — dubbed LiFi, for “Light Fidelity” — will be demonstrated at the International Paris Air Show (June 17 to 20) in a medium-haul Air France cabin mock-up, where visitors will be able to experience it first-hand. The technology is being showcased jointly by Air France, Latécoère — which works closely with major aircraft manufacturers on interconnection systems — and video games company, Ubisoft.

Visitors will be able to experience LiFi via the “Trackmania2 Stadium” video game. A tournament will even be organized offering participants the chance to compete in the final in September 2019 on an aircraft specially fitted with 12 seats equipped with LiFi technology. RGA/JB

Don’t miss out on the latest news and information.