Since quitting, she’s gone on to host solo cookery shows and tour country houses for TV.

But now the doyenne of cookery is back where she belongs – being the nice judge on a TV cooking contest.

Mary has been lured back to judging duties on BBC1’s latest competition, Britain’s Best Home Cook. “I’ve always wanted to do a programme on proper cooking, because it is so important to show people cooking within families,” says Mary, 83.

“A good home cook has a passion for cooking. We don’t want to see any zigzags of sauce on the plate or stacks of things; they’re not wanting to go on and open restaurants or anything, they are just proper home cooks.”

In other words, this isn’t MasterChef. On Britain’s Best Home Cook, Mary will be one of three judges alongside chef Dan Doherty, of London’s Duck and Waffle restaurant, and Chris Bavin, a greengrocer and businessman who’s presented Eat Well For Less? and is currently on Britain In Bloom.

Another TV favourite, Strictly Come Dancing’s Claudia Winkleman, has been drafted in as presenter, in the hopes of creating a new dream team of presenters that will make TV magic. 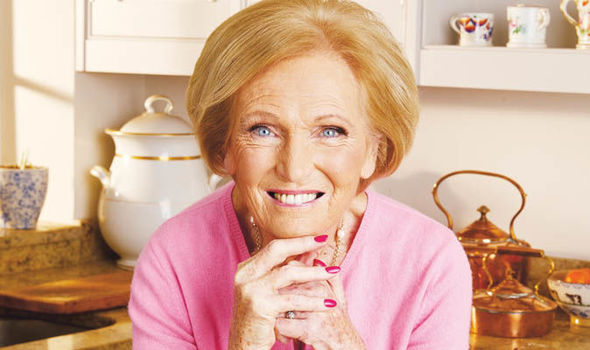 Today the quartet is sitting around a big table to tell us about the new series, interrupting each other and chatting easily.

Claudia confesses she can’t cook, but signed up when she discovered the judging line-up. “They had me at ‘Mary,’” quips Claudia, 46.

“I didn’t know what the show was. We could have been doing a show about eyebrows or cushions, but when they said, ‘Mary,’ I said, ‘Yeah, fine.’”

However, mum-of-three Claudia adds wryly that her own attempts to impress Mary in the kitchen have fallen flatter than a crêpe.

“I managed to serve food that was both raw and burnt – I broke science,” confesses Claudia.

“I made something for Mary that was supposed to be a brownie but could have been a brick. Mary just said, ‘Thank you.’”

Here, Mary chimes in to confirm that Claudia isn’t being modest – her brownies really were inedible.

“Around the outside of the brownie there was a frill of black,” recalls Mary, with a smile.

“You know how you love a soft middle? Well, this was hard.”

Oh well. What Claudia lacks in cookery skills, she makes up for in jollity and wit as she wanders between kitchen stations, egging on the contestants. Britain’s Best Home Cook features rounds that will test the amateur cooks’ knowledge and skills. The first challenge is called ‘the ultimate,’ in which they must create their ultimate burger or fish pie or similar.

Even Mary, who’s cooked everything under the sun, found herself impressed with the contestants’ dishes during this round.

“They start off with the burger,” she says. “I’ve done all sorts of variations of those, but, wow, I was amazed – I think all three of us were – at what they produced as a burger. They were surprising, and I think that will appeal to audiences.”

The winner of that round gets to choose two key ingredients that everyone must use in round two, although the remainder of the ingredients will come from a store cupboard and fridge stocked with food stuffs chosen by the judges.

“They don’t know what’s in that store cupboard or fridge,” explains Mary. 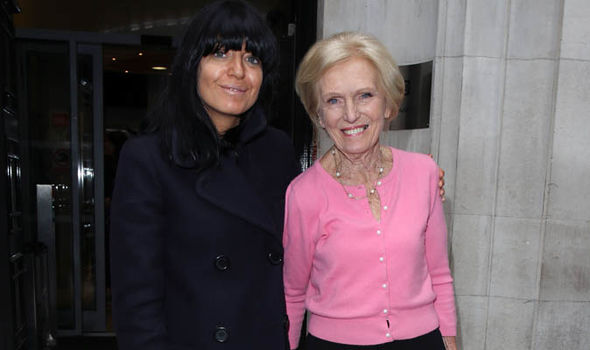 Claudia Winkleman apparently isn’t so talented on the cooking front

“They might have decided to do something with almonds and they’ve worked it all out in their head, but they get there and there’s no almonds, so they have to think again. They cannot bring the recipe in, it’s got to be in their head.”

Those who succeed in round two go through to the following week, but those whose dishes are not up to scratch are put through to an elimination round – it could be two contestants or 10.

In the elimination round, contestants will get a recipe to follow to the letter, but Mary explains that it’s not as daunting as the technical bake round of Bake Off.

“Here, the recipe is in full detail, unlike on other programmes when you leave a bit out and think they ought to know it,” says Mary.

“It is absolutely detailed, which gives them confidence.” And in a further bid to separate it from MasterChef and Bake Off, Britain’s Best Cook offers a twist – the competitors live together, as on The Apprentice.

“It’s definitely different that they live together,” muses Claudia, quipping that she was disappointed in contestants’ lack of cutthroat behaviour.

“I’m evil, inherently, and so I wanted them to be competitive, but they’re not, because they went home and cooked for each other and talked about recipes. And then they came in and they cooked with us.”

Mary says any tension between contestants is quiet, rather than full of Apprentice-style backstabbing.

“They get competitive because, underneath it all, they want to win,” says Mary.

“But if they get stuck on their hollandaise and it’s just about to curdle, they’ll lean over to another contestant and say, ‘What should I do? Should I add another egg yolk?’ 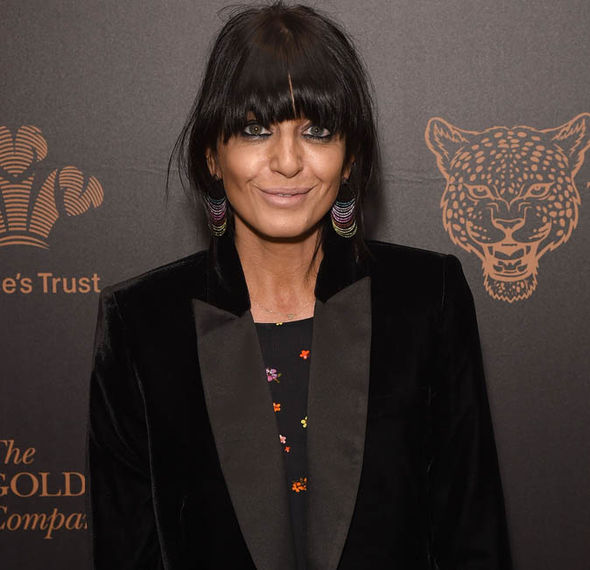 Claudia admits that she was hoping for more competition between contestants

“And the others go and help. We don’t want tears, we don’t want dramas. We want viewers to see them doing proper home cooking.”

Ultimately, says Mary, she hopes viewers will not just enjoy the competition, but find inspiration in the dishes made. They are not fancy MasterChef creations for us to admire, but dishes we could make at home.

“I want to inspire them to try home cooking – I don’t think any other programme has done that. People will be able to do it with ingredients they know, and not too many ingredients, and the family will love it.”