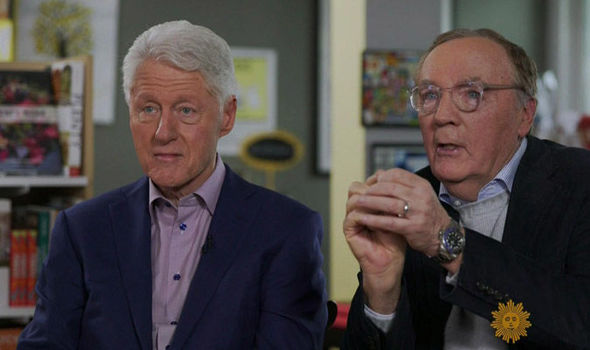 If anybody was ever going to persuade James Patterson, the world’s bestselling author, and Bill Clinton, the president they nicknamed The Comeback Kid, to collaborate on writing a thriller it was Bob Barnett.

With his tortoiseshell glasses, bespoke shirts and antique cufflinks, Mr Barnett looks every inch the urbane publishing powerbroker that he is. It was this Washington lawyer who suggested to two of his biggest clients – both 71 – that they might get on, then prodded them to work on a thriller together.

No one seems to know how much he secured for this high-octane double act but, with The President Is Missing going straight to No 1 on Amazon and a TV series already in the pipeline, both parties can expect to make millions.

After all Mr Patterson’s track record is second to none: 67 New York Times No 1 bestsellers, 375million books sold and an estimated fortune of £525million. Meanwhile President Clinton arrived at the table with the intimate knowledge of the ultimate insider, who knows everything from how the president can give his Secret Service detail the slip to the location of the bowling alley in the White House basement. 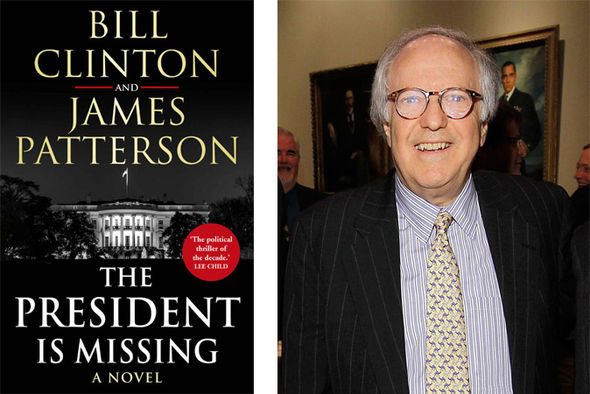 Mr Patterson appears to have found the idea of working with a former president a privilege. He has described the notion as “stunning”.

“I grew up here [upstate New York] in a small town and nobody ever came here when I was a kid,” he told one interviewer. “But one day President Eisenhower came to town. I never forgot seeing Eisenhower.”

On the other hand it’s easy to see why President Clinton would be tempted by the idea of writing a book with a man who represented a passport to hefty royalties. And he also has form as a fan of the thriller genre.

He has long been known as an enthusiast of the drama series 24, which tracks the exploits of a counter-terrorism agent called Jack Bauer, and last year he included Daniel Silva’s thriller House Of Spies in a list of his favourite books.

The result of their collaboration is a 528-page blockbuster, which opens as America braces itself for a cyber attack that could take out electrical systems, compromise bank accounts and render medical records irretrievable. Set over three days, amid rumours there is a traitor in the cabinet, the President, Jonathan Lincoln Duncan, first becomes a suspect and then goes missing.

So how did the writing process operate?

“We alternated the work,” Mr Patterson says. “We just went back and forth with everything, from the title to the outline.”

Far from having to curb Mr Patterson’s more elaborate flights of fancy, President Clinton often had to reassure his co-author that some of his own more outlandish plots were in fact feasible. “I’d tell him, ‘Knowing what I know, Jim, this could actually happen’,” he said.

Pre-publication, many speculated President Clinton would be incapable of getting involved in such a project without promoting his own political agenda.

“Does The President Is Missing dabble in message-delivery?””asked USA Today.

“For sure. We’re a divided nation that needs to come together and ensure the rights of immigrants, women, the disabled and the LGBTQ community while we’re at it.”

Towards the end of the book the fictional president makes an address to Congress that stretches to nine pages.

“Think about how different it would be if we reached beyond our base to represent a broader spectrum of opinions and interests,” he exhorts. “We’d learn to listen to one another more and defame one another less.” 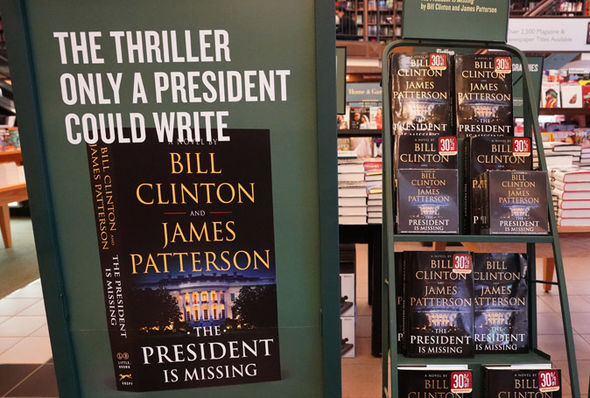 Many of Mr Patterson’s books have been turned into films or TV series and this one is no exception. When it came to finding a TV partner, the movie-business bible Deadline Hollywood reported that the duo had 16 meetings with film and TV studios, cable and streaming networks as well as producers, directors and financiers.

But it was no surprise when a deal was done with Showtime, the cable TV giant behind series such as Homeland and Billions. The company is a subsidiary of CBS whose chairman and CEO is Les Moonves, a longtime friend of President Clinton. And Mr Patterson has two series on CBS – Zoo and the upcoming Instinct – as well as other projects in development.

Asked by the BBC whom he would like to play the president, Mr Clinton nominated George Clooney, an actor who has long been rumoured to have an ambition to become president in real life.

President Clinton reckons Clooney would make a good commander-in-chief because “he’s been in this kind of situation before”, citing his role as an American army colonel tracking down stolen Russian nuclear weapons in the 1997 film The Peacemaker.

The President Is Missing is Mr Clinton’s first work of fiction, can we expect more?

“Maybe, let’s see if people like this one. There’s an old saying that you can’t teach an old dog new tricks. I’m an old dog and this is a new trick.”

So far the reviews have been fairly disappointing. The Washington Post described the book as “an awkward duet”. USA Today called it “an overheated, logic-defying, over-long thriller about cyber terrorism that thrives on breathless Homeland-style pyrotechnics brought to an occasional screeching halt by policy-wonk digressions”.

But it seems likely that the curiosity factor will drive sales whatever the critics say.

• To order The President Is Missing by Bill Clinton and James Patterson (Century, £20, call The Express Bookshop with card details on 01872 562310. Alternatively send a cheque with your details to President Offer, PO Box 200, Falmouth TR11 4WJ or visit express­ bookshop.co.uk. UK delivery free