Jack Wilshere has dropped a huge hint that his days at Arsenal are numbered.

The midfielder is out of contract at the end of the month and his talks with the Gunners to extend his deal have been thus far unproductive due to differences over the 26-year-old’s wages.

And it appears though Wilshere has confirmed he will be leaving Arsenal, a club he has been at since the age of nine, permanently this summer.

Taking to Instagram last night, he posted a picture to his story that read: “There comes a time when you have to choose between turning the page and closing the book.”

The England international, who missed out on this summer’s World Cup, has been linked with Crystal Palace and West Ham United among a number of Premier League clubs – while Juventus have too been mentioned.

Tottenham have reportedly surged ahead of Chelsea with a bid for Aston Villa star Jack Grealish.

The highly-rated midfielder has had no shortage of interest with Chelsea, Fulham and Leicester all considering moves for the 22-year-old.

And according to Sky Sports, Spurs have made a £15million offer.

Grealish currently has two years left to run on his Villa deal.

Alisson Becker looks set to disappoint Liverpool by signing for Real Madrid, according to stunning reports in Spain.

Liverpool have been monitoring Roma goalkeeper Alisson very closely as they seek a world-class replacement for Loris Karius, who was scrutinised after his two howlers in his side’s 3-1 Champions League final defeat to Real Madrid last month.

Reports earlier this week suggested that Jurgen Klopp has abandoned his pursuit of Alisson, with the Serie A outfit demanding more than £70million.

And now according to Spanish paper, Alisson has agreed a deal to join Los Blancos.

However, Roma and Real remain far apart in their valuations, with the La Liga giants offering £48m plus an extra £4.4m in bonus – £20m short of the asking price.

It is said that a deal will go through once both parties settle on a fee.

Jose Mourinho will reportedly only sanction Anthony Martial’s departure from Manchester United on one condition.

Under Mourinho, Martial struggled to cement a starting spot last season and he looked likely to leave in January when Alexis Sanchez joined from Arsenal.

Tottenham have been keeping tabs on the 22-year-old, however it is not clear whether United would be willing to sell to a direct rival.

And according to the Daily Telegraph, Mourinho will only let Martial leave if he can bring in a ‘high calibre replacement’.

The report suggests that the potential sale of Martial would irk some at the club.

Arsenal fans will be delighted with what Luis Suarez has had to say about Sampdoria midfielder Lucas Torreira.

Reports yesterday suggested that Arsenal are hoping to clinch a deal for the Uruguayan before the World Cup for £22m, and the 22-year-old would provide more steel in midfield.

Meanwhile, Suarez saw Torreria close up when Barcelona played Sampdoria in a pre-season friendly in 2016.

And Suarez’s comments will no doubt sit well with the Emirates faithful.

“I was surprised by the young lad who had been in the middle of the park for the whole match.

“After that evening, I learned he was Uruguayan, and from that moment, I started to follow him a bit in Serie A.

“He surprised me, he’s improved a lot and been playing at a very high level.” 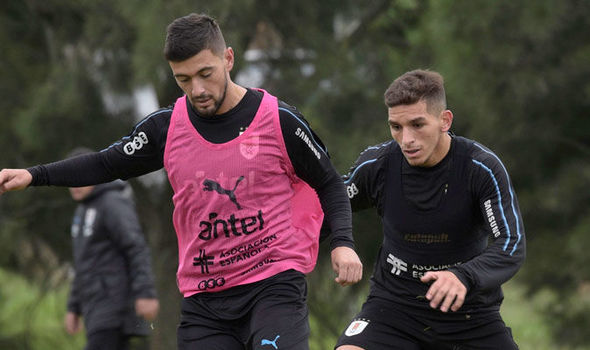 Luis Suarez is an admirer of Lucas Torreira

Arsenal transfer target Steven N’Zonzi has hinted he may be open to moving to a bigger club this summer.

N’Zonzi was a key player under Unai Emery at the Ramon Sanchez Pizjuan Stadium until the Spaniard departed for PSG.

But the Arsenal boss is reportedly keen on a reunion with the midfielder at the Emirates this summer.

And N’Zonzi has hinted he could play for a ‘bigger’ club than Sevilla in the future.

“I am feeling very good at Seville but they are not the biggest club in Europe,” he told reporters at a World Cup press conference.

“Playing with high profile players in a big team could be a good progression for me. We all know that the transfer window is open but we don’t talk about it that much. There is a big tournament coming up and changing teams is not the main worry in the group.” 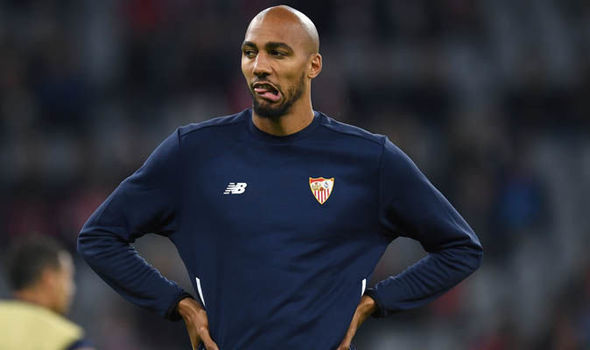 Transfer News: Steven N’Zonzi has admitted he may leave Sevilla

Kante arrived at Stamford Bridge in July 2016 and immediately helped Antonio Conte’s side claim Premier League glory whilst landing the PFA Player of the Year award.

But his talents are wanted in his native France.

Paris United are claiming that PSG Sporting Director Antero Henrique has held talks with Kante’s representatives about a high-profile switch to the Parc des Princes.

They add that Henrique feels talks were productive and that a formal approach could follow in the near future.

That’s according to his agent, Philippe Lamboley, who has given an explosive interview with French Radio network RMC.

“After looking at all the possibilities and different factors, Anthony wants to leave Manchester United,” Lamboley told RMC. “There are a lot reason, for the moment it is too early to talk about it. Anthony will speak later on to talk about that.

“Manchester United want Anthony to sign an extension and do not want him to leave but we have not found an agreement of several months. I think that when Manchester United, the most powerful club in the world… do not find an agreement after 8 months of negotiations, it is because they do not really want to make him an important member of the squad.” 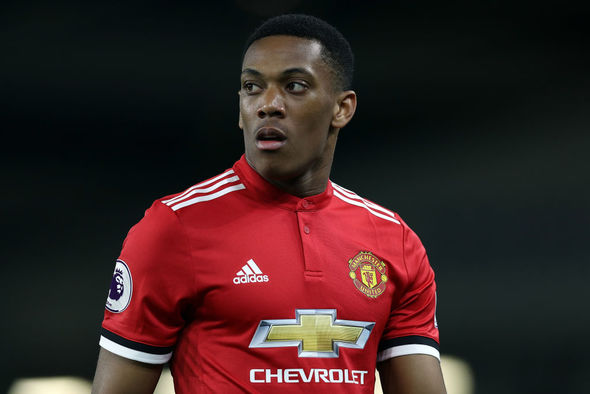 And Italian publication Calciomercato claim that Jose Mourinho’s Manchester United have been notified of his availability.

The 25-year-old is reportedly looking to leave the Ligue 1 champions after Thomas Tuchel allegedly told him to lose weight before pre-season.

Verratti believes he has been unfairly treated and is now looking for a new challenge elsewhere, Calciomercato add.

Unai Emery’s Arsenal have also been linked with a move for the midfielder.

Martins, 23, could be snapped up on a free transfer if he follows other Sporting Lisbon players threatening to terminate their contracts after an invasion by hooded supporters at the club’s training camp on May 15.

Martins is part of Portugal’s World Cup squad who kick off their tournament with a Group B clash with Spain on Friday.

He scored eight goals and provided eight assists during his 30 appearances for Sporting in the Primeira Liga last season. 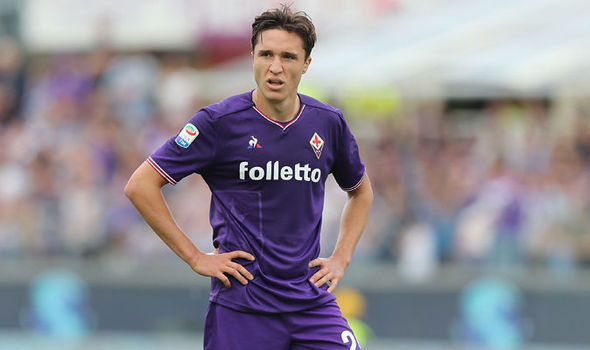 Transfer News: Liverpool and Man Utd are battling it out to sign Fiorentina star Federico Chiesa 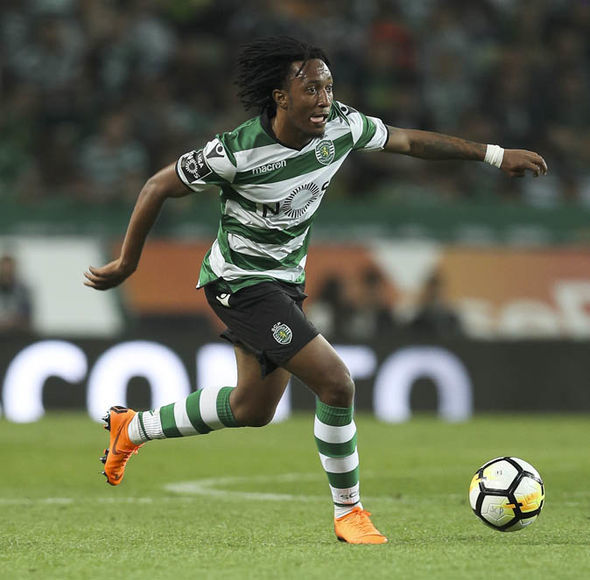 Arsenal Transfer News: The Gunners are understood to be interested in Gelson Martins

Arsenal are set to sign Lucas Torreira ‘in the coming hours’ after agreeing a deal with Sampdoria.

The Gunners have been in talks with the Serie A outfit over a £22m move this summer.

But reports on Tuesday suggested no agreement was close between the respective parties.

However, according to claims in Torreira’s native Uruguay, the midfielder will now sign a deal with Arsenal before the start of the World Cup.

According to Embajadores del Gol the 22-year-old’s agent Pablo Bentancur flying out to Russia this evening with a contract.

Torreira has a €25m (£22m) release clause at Sampdoria, which must be paid in full up until 60 days after the transfer is confirmed.

Paris St-Germain must sell £52.9million worth of players by the end of June in order to meet financial fair play regulations.

The French champions bought Neymar for £200million, more than double the previous price paid for a player, and later signed Kylian Mbappe on loan from Monaco with an option to buy after one season.

That deal means PSG could pay £165.7m for him this summer.

Although PSG were cleared of breaking UEFA’s break-even rules following last summer’s transfer spending spree, the BBC claim they require £52.9m to balance the books and that will come from player sales. 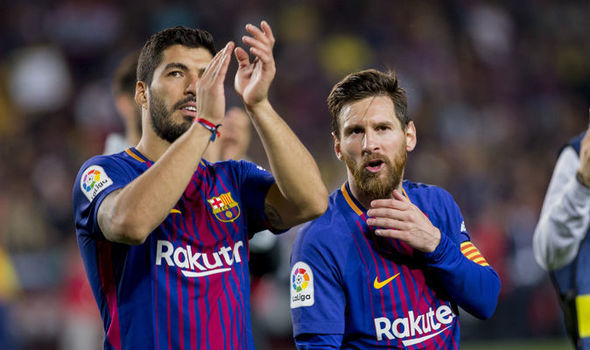 Griezmann, who’s been strongly linked with Barcelona, recently revealed that he’s decided his future plans but refused to discuss whether he will leave the Wanda Metropolitano.

“The decision has been taken but it is not the time or the place to talk about it,” he said. “I am very sorry, I know you have all been waiting but I will not give my decision today.”

St Clair, 19, has impressed for Chelsea’s Under-23 squad but doesn’t see an opportunity to break into the senior squad.

And according to the Daily Mail, the Scotland Under-21 international is undergoing a medical with Serie B outfit Venezia.

St Clair is expected to sign a four-year contract having decided to ignore interest from Watford and Zenit St Petersburg. 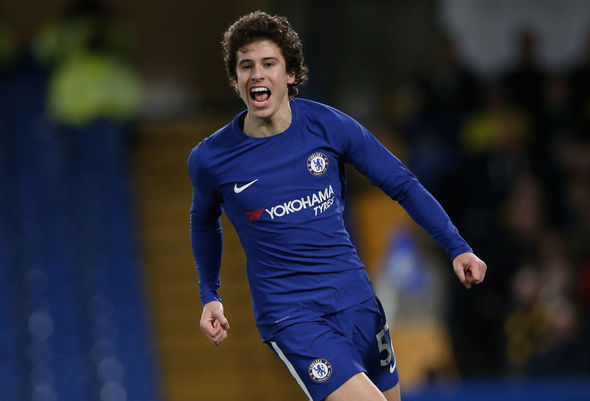 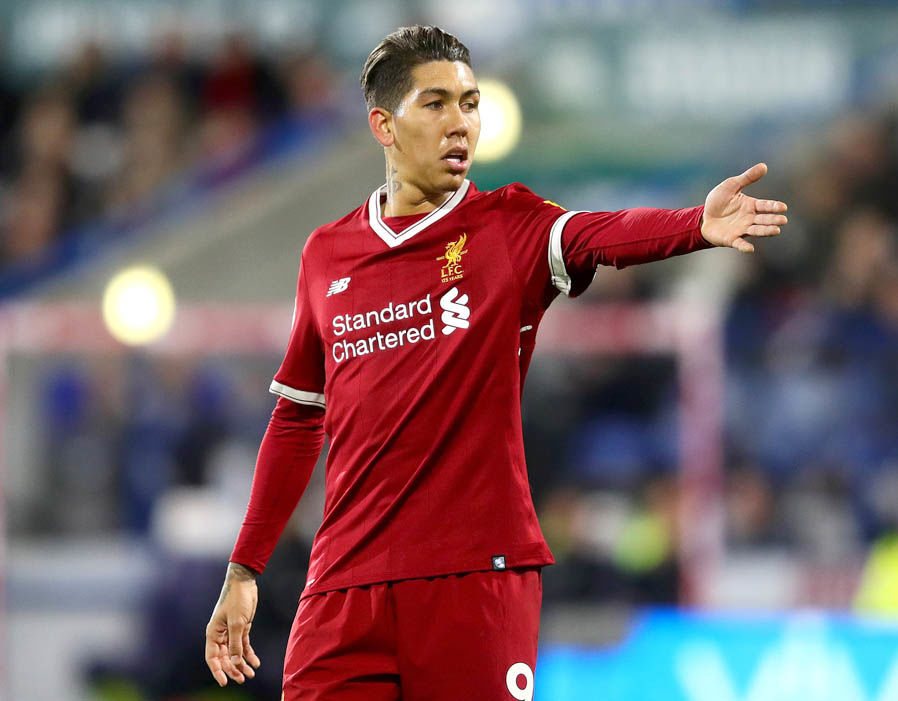 Liverpool and Manchester United are battling it out to sign Fiorentina star Federico Chiesa this summer.

The 20-year-old is catching the eye of numerous European heavyweights after an impressive season at the Serie A outfit.

Fiorentina have recently slapped a £62million price tag on Chiesa to try and warn off potential suitors.

But according to the Guardian, both Liverpool and United are considering launching a bid for the youngster, who is already on the verge of making Italy’s national team squad.

Manchester City, Napoli and Inter Milan are also said to be monitoring Chiesa’s situation at present.

However, it appears Inter are unwilling to meet Fiorentina’s asking price.

Liverpool forward Sadio Mane insists he is happy at the club after speculation linked him with a move to Real Madrid.

The Senegal international scored in last month’s Champions League defeat to the Spanish club and speculation almost immediately suggested he was a target for them – before Zinedine Zidane’s shock resignation.

But Mane, preparing for the start of the World Cup in Russia, insists he feels at home at Anfield.

“I am very happy in Liverpool and my contract will last for three more years,” the 26-year-old, a former Red Bull Salzburg player, told Austrian newspaper Salzburger Nachrichten.

“But you never know what will happen in the future. I want to win trophies, especially the Champions League.”