It will include a historic 50-man Royal Rumble Match that will feature some of WWE’s biggest superstars and greatest legends.

Brock Lesnar will defend the Universal Championship in a Steel Cage Match against Roman Reigns in a rematch from their gruelling WrestleMania 34 bout.

Undertaker will return to action after destroying John Cena at WrestleMania and will be taking on Rusev in a Casket Match.

Cena will also be coming back to face Triple H for the first time in nearly 10 years.

But who will stand tall in Saudi Arabia? Check out our predictions below for more: 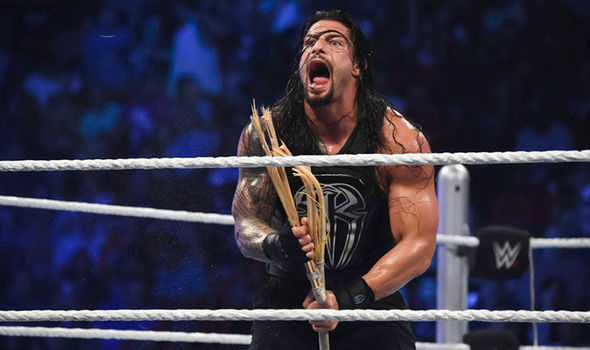 It is almost impossible to predict the winner of the 50-man over-the-top-rope battle royal.

That is mainly because not all participants have been confirmed and many more surprise entrants are expected to show up.

But based on the announced competitors, the likeliest winner is Braun Strowman.

More importantly, The Monster Among Men has gained a lot of momentum ever since destroying Sheamus and Cesaro single-handedly to win the RAW Tag Team Championships with 10-year-old Nicholas at WrestleMania.

Rumours have suggested that Reigns will finally overcome his nemesis and win the Universal title in Jeddah.

It is said that The Big Dog lost to Lesnar at Mania to save his coronation for Saudi Arabia where the crowd may be more receptive to his triumph.

Reigns has been getting booed by the WWE Universe in the US and the UK ever since 2015 even though he is a babyface (good guy).

That sort of direction would make sense as WWE have been determined to establish the ex-WWE Champion as the company’s top guy for a while now and that would allow Lesnar to have an even more relaxed schedule and compete in another big UFC match, if his contract allows him to do so.

The Undertaker vs Rusev (Casket Match)

Undertaker will win this, there is little doubt to suggest otherwise.

Rusev is notorious for his trolling antics on Twitter but even he seemed to have accepted his fate when he tweeted: “Bury me softly, Brother”.

WWE don’t seem to be getting behind The Bulgarian Brute despite his immense popularity among the fans and it is not likely that they will start backing him today.

Taker’s momentum can’t come to a halt under these circumstances after destroying Cena at WrestleMania.

Triple H has nothing to gain out of this match as he rarely competes.

Cena is also a part-timer but far more active in the ring than The Game.

The Champ also desperately needs a big win after getting destroyed by Undertaker in under three minutes at Mania.

It would make more sense for the 16-time world champion to get a big win and regain some momentum ahead of Summerslam.

AJ Styles successfully defended the WWE Championship at WrestleMania against Shinsuke Nakamura but then suffered a brutal attack by The King of Strong Style.

Since then Nakamura has been launching some vicious attacks against Styles and has been hitting him with various low blows.

The Artist seems to be coming in with all the momentum and his switch in character would make him a very entertaining and captivating champion.

We should expect Nakamura to dethrone Styles and could cap it off with yet another low blow. 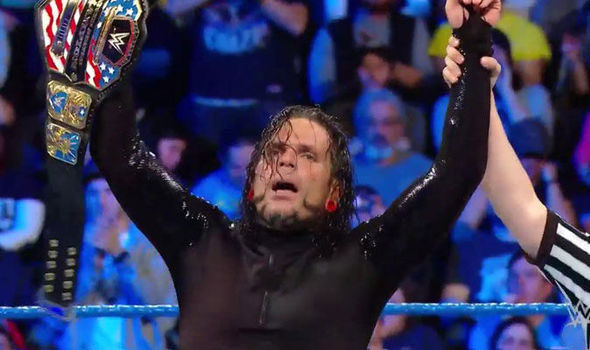 Jeff Hardy won the US Championship from Jinder Mahal

Saudi Arabia could see a title switching brands today and one of them could be the US Championship.

Jeff Hardy won the belt two weeks ago after beating Jinder Mahal on his first night on RAW during the Superstar Shake-Up.

Even though WWE management had Mahal winning the WWE Championship last year it is still not clear how much they rate him.

His loss to Chad Gable on RAW also doesn’t really paint him as a serious threat to Hardy’s reign.

Which is why we should expect The Charismatic Enigma to successfully defend the belt.

It looks almost certain that the RAW superstars will win the vacated titles as Sheamus and Cesaro have moved to Smackdown.

The Bar though really need a big win after losing the belts to Strowman and 10-year-old Nicholas.

However, they might have to wait a little longer until their big comeback. 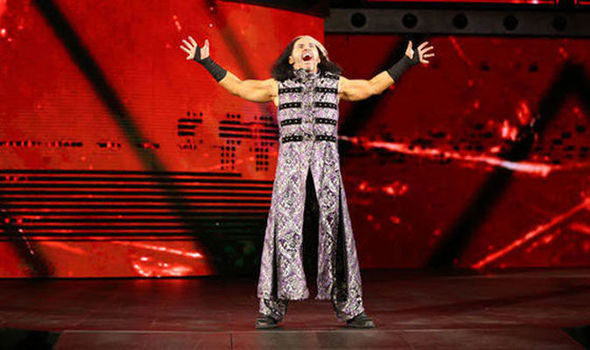 SmackDown Tag Team Champions The Bludgeon Brothers vs The Usos

The Bludgeon Brothers are probably the most dominant tag team in all of WWE right now and that all started with their savage attack on The Usos and The New Day at Fastlane.

Harper and Rowan have formed a very interesting duo that could go a long way and shouldn’t lose the titles so quickly after winning them at Mania.

We should expect the former Wyatt Family members to retain against Jimmy and Jey Uso.

Samoa Joe really needs the momentum heading to Backlash where he will face Roman Reigns.

However, the Intercontinental Championship may not leave RAW and that leaves two candidates to exit Saudi Arabia with the belt.

Seth Rollins deserves a good run with the title as he has all it takes to put together some athletic and technical matches, which is what everyone expects from a classic Intercontinental Championship match.

Rollins should and will retain.

Alexander poses as a worthy champion and should be given the chance to show what he can do with the belt.

His match with Kalisto is expected to be very entertaining with some high spots but Alexander should be the one to leave with the victory.