Lana, Natalya, Alexa Bliss, Charlotte Flair, Ember Moon, Becky Lynch, Naomi and Sasha Banks will get the opportunity to become the second ever Ms Money in the Bank.

The winners of these Ladder Matches will be promised a title match at any given moment for the next year – Money in the Bank winners almost always cash in when the champion is injured or vulnerable. But will we see a cash-in tonight?

Can AJ Styles retain the WWE Championship against Shinsuke Nakamura in a Last Man Standing Match or will the challenger’s underhanded tactics spark a new era on Smackdown?

Will Ronda Rousey impose her dominance on the women’s division by winning the RAW Women’s Championship on her first ever Singles Match in WWE against Nia Jax?

Follow all the Money in the Bank action below: 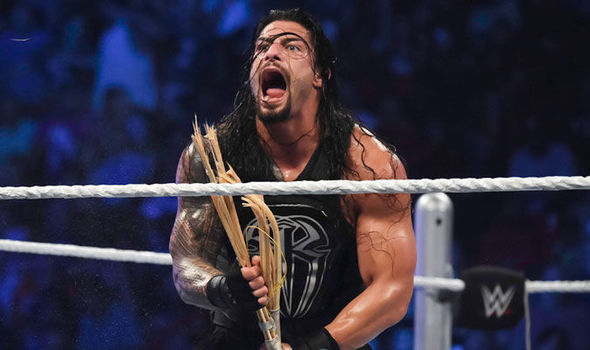 WWE news: Roman Reigns will be in action tonight

Harper and Rowan continued their dominance in the tag team division by taking out former RAW Tag Team Champions Karl Anderson and Luke Gallows at the Money in the Bank Kickoff show.

Anderson and Gallows came close to winning the belts as they almost hit the Magic Killer on Harper.

Rowan, however, prevented the move and took Anderson out of the ring.

Gallows then suffered a double powerbomb and was pinned by Harper.

The Bludgeon Brothers have taken out The New Day, The Usos and the NJPW legends.

Who can stop the Smackdown Tag Team Champions?

Daniel Bryan made Big Cass tap out in the middle of the ring once more.

Cass submitted to Bryan’s YES Lock at Backlash and vowed to prove that his smaller opponent’s victory was a fluke and that the WWE is a big man’s game.

The big man managed to overpower the four-time world champion and hit him with his signature Big Boot but the ex-WWE Champion kicked out.

He was also able to make it to the ropes this time when Bryan locked in his submission move.

But the ex-NXT star couldn’t fight himself out of the heel hook as he tapped out immediately after being hit with a Double Knee.

Bryan kept his promise of making the big man tap and will probably move to a new rivalry on Tuesday on Smackdown. 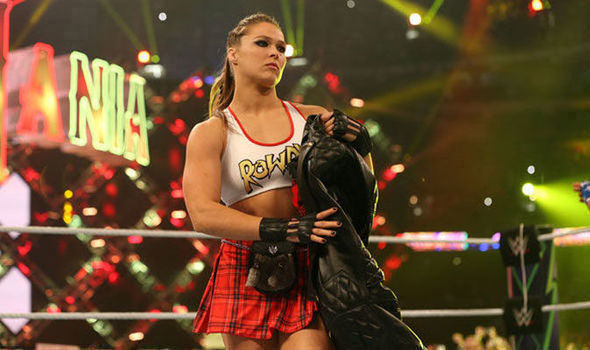 WWE news: Ronda Rousey will compete in her first ever Singles Match in WWE

Zayn has been taunting Lashley’s family, questioned his army background and also hit him with a Helluva Kick.

Before the match, the ex-NXT Champion even said that he will dedicate his victory to the MMA hero’s father on Father’s Day.

Lashley, though, hit his rival with three devastating Vertical Suplexes for the win.

Seth Rollins beat Elias and retained the Intercontinental Championship in a stunning encounter.

The Drifter pushed Rollins to the absolute limit as the champion rolled up the challenger and even held the tights.

The Kingslayer hurt his knee during the bout but still managed to hit some of his signature moves like the Double Suplex.

The controversial finish, however, shows that the two RAW superstars are not done with each other just yet.

And that’s great news for the fans as the match had plenty of close finishes, incredible action and a lot of promise for the future.