The WWE legends agree that their close relationships with veterans during their early days as well as their fearless attitude, their eagerness to learn and passion were key to their stunning achievements that saw them winning a combined 18 world titles from the mid 1980s to the late 2000s.

The former WWE Tag Team Champions are best friends and made history when they formed the legendary D-Generation X stable and their heated rivalry in the early 2000s left an undying mark in the business.

Michaels told Express Sport: “I think it’s a combination of things. One, he and I both rode and hung around with guys and had the opportunity to be in the ring with guys that knew more than us.

“They were doing it longer, they were better, they had more experience, had traveled around in the territory days and had worked with so many different talent. So that was one part of it. 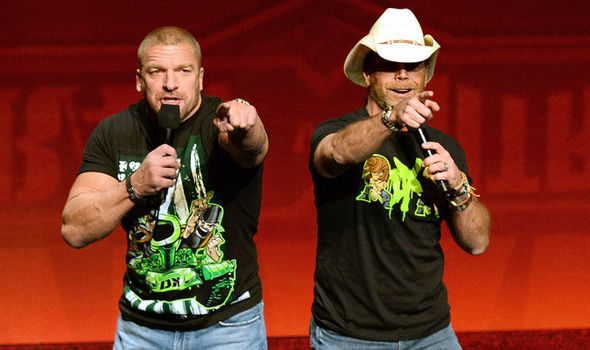 WWE news: Triple H and Shawn Michaels are two of the biggest ever wrestling legends


I think that hunger to grow and learn and be open to learning, there’s a certain point in time where you start to be able to do this at a level and then keeping that openness to learn

“You couple all that together, there’s a lot to work on in that respect. And if you just pay a little bit of attention you’re bound to learn something.

“And we paid a lot of attention. We were also extremely hungry, we never grew out of it, let’s put it that way, and technically we still have it in a lot of ways.”

Triple H has now attained managerial duties whereas Michaels has been retired since 2010 and they both work with some of the world’s most promising talent in the world, such as UK Champion Pete Dunne, Ricochet, NXT North American Champion Adam Cole and many more, on NXT.

The Game is the developmental brand’s founder and senior producer whereas The Heartbreak Kid works as a coach at the Performance Center and they both see a lot of promise in the upcoming talent.

Triple H insists it is very important for fresh stars to be coachable as well as open to learning in order to emulate the DX heroes’ success and has noticed that so many exciting prospects, like Dunne, are eager to improve and have exponentially progressed in a very small amount of time.

Both legends insist the new generation have so much more tools at their disposal compared to legends from the past, such as the Performance Center as well as the internet, but it all means nothing if they don’t take advantage of them.

Triple H stated: “I think that hunger to grow and learn and be open to learning, there’s a certain point in time where you start to be able to do this at a level and then keeping that openness to learn. 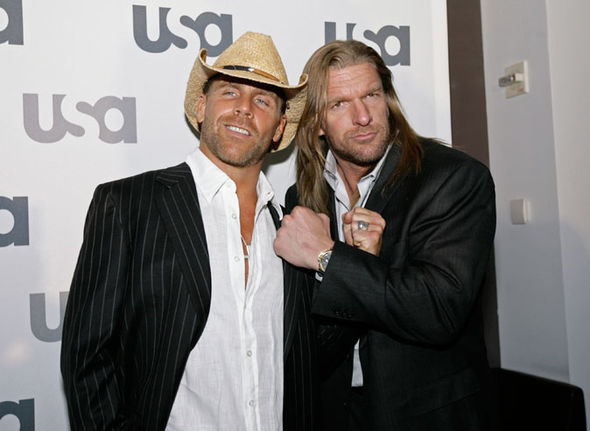 WWE news: Shawn Michaels and Triple H have a lot of history with each other

“One of the things that’s cool about them (the young talent) is they see this opportunity, they’ve been here doing this and we’ve had a success rate with them and all of a sudden they have new voices talking to them and telling them, I don’t want to say a different way but, different ideas and teaching and having a different experience level and they’re wide open to that.

“And they take what works for them and they apply it and they just do all these things – that growth factor.

“It’s like when people talk about the internet increasing the learning factor of the world because all these people are interconnected now so instead of learning just from the people that are around you you’re doing it with the world. It’s the same for this.

“I say about the Performance Center all the time, if you’ve never been there you can watch the videos and see all the stuff that’s in it for guys to learn, including the coaches from Matt Bloom to William Regal to Robbie Brookside to Shawn being there. All those things that they have to do and learn.

“Everybody that came before them, none of them had any of those tools – so imagine what they can do with it if they’re hungry and will use those tools.

Michaels agreed with the statement and added: “I also think the difference from our time to now is what might have taken us five years to learn happens exponentially faster in their time because they have so many different resources right there as opposed to us.

“At the Performance Center we got people from all over the place in there teaching and if we don’t have them there we can get them there pretty quick and it’s a wealth of knowledge for the talent to draw from.”

Following the WWE UK Championship Tournament, the wrestling greats’ next WWE appearance is scheduled for Super Show-Down at the Melbourne Cricket Ground (MCG) in Australia on October 6 where Triple H will face The Undertaker for the last time ever.