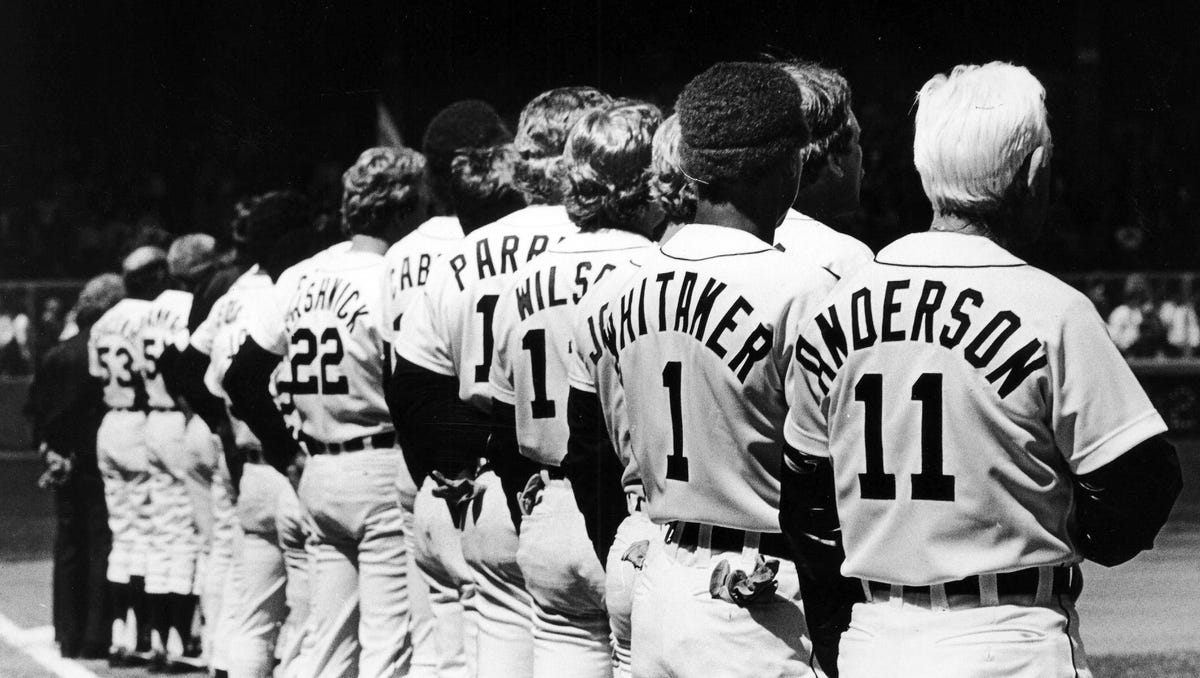 Opening Day in Detroit is the unofficial start to spring.

And, boy, we’ve never needed spring more than we do here in 2021 — not after the last year we’ve had, a year of so much loss, so much grief, and so much disruption to our everyday lives.

Sports returned a while ago, but the fans only recently started getting get back in the mix in Michigan, just in time for the Detroit Tigers’ first home game of the season, Thursday against the Cleveland Indians.

More than 8,000 fans will be allowed into Comerica Park, for the first time the Tigers have played in front of fans in Detroit since September 2019. Now, a typical Opening Day crowd in Detroit is well over 40,000, but these aren’t typical times, even with hope and optimism slowly coming back into our lives.

Just in time for Opening Day, when hope and optimism are staples as much as $12 beers, salty peanuts and ballpark franks (hold the ketchup, please!).

To help get you in the mood for a little bit of normalcy — as if you need any motivation on that front, after more than a year of everything being abnormal — here’s a look back at 10 memorable Tigers’ Opening Days:

The first Tigers Opening Day was probably the craziest Tigers Opening Day, with Detroit trailing 13-4 entering the ninth inning, only to come back to win. A crowd of 8,000 or 10,000 (depending on the source) at Bennett Park saw Pop Dillon drill four doubles, the last scoring the tying and winning runs.

The Tigers are 67-52 in home openers, with this one tie. The game went 12 innings before it was called, and we can’t verify why (darkness is the favorite). Interestingly, the starting pitchers both went the distance, allowing a combined 25 hits. Detroit played 10 ties in 1904, an MLB record.

The Tigers have hit for 10 cycles, with one, Gee Walker’s, coming on Opening Day. He went in reverse order, with a homer, then a triple, then a double, and finally the single, all off Indians starter Mel Harder. That gave Walker a cool 3.500 OPS, before anyone knew what OPS was.

There were a lot of memorable games in 1984, right from the get-go, with free-agent slugger Darrell Evans hitting a three-run homer in his first-ever at-bat at Tiger Stadium, and Dan Petry tossing a complete-game, four-hitter as Detroit improved to 6-0 (en route to 35-5 and, well, you know the rest).

The game started ominously for Detroit, with Boston’s Dwight Evans hitting the first pitch of MLB’s first game of the season for a homer, off perennial Opening Day starter Jack Morris. But the Tigers prevailed, thanks to a monster game from Kirk Gibson, who was 4-for-4 with two home runs and five RBIs.

The Tigers of the early 1990s didn’t win much, but, man, they could hit. This was the most runs scored by the Tigers on Opening Day, with four hits from Cecil Fielder, and homers from Travis Fryman (five RBIs), Mickey Tettleton (four) and Rob Deer (three). They scored 20 again, four days later.

For the first time, the Tigers played Opening Day away from the corner of Michigan and Trumbull. Comerica Park opened to mostly rave reviews, except for the deep fences. There were seven extra-base hits this day, but no home runs. (They eventually brought the fences in, starting in 2003.)

Only four players have ever hit three home runs on Opening Day, and Detroit’s Dmitri Young was the third, with a homer in the second, third and eighth innings — after, amazingly, not hitting a single home run in spring training. Al Kaline called it “the best Opening Day I’ve ever seen.”

The Tigers lost six of their first nine Opening Day games at Comerica Park; this started a nine-game winning streak. Miguel Cabrera had a huge day, with a home run, double and six RBIs. Every Tigers starter but one had an RBI, and Armando Galarraga struck out eight in seven innings.

The strangest of Opening Days, clearly, and the only loss on this list. Because of the COVID-19 pandemic, it was the first Tigers’ opener not played in either March or April. There also were no fans to see Detroit take a 5-1 lead in the second inning, only to blow it in the Tigers’ fourth-most-lopsided Opening Day loss.