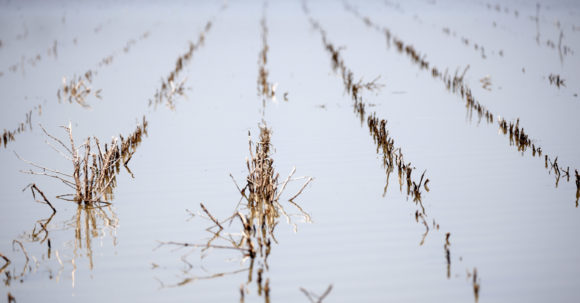 JACKSON, Miss. — Farmers, rural shopkeepers and Mississippi politicians from both major parties are speaking out to support a proposed flood control project that would pump water from parts of the south Delta.

Environmental groups remain opposed to the Yazoo Backwater Project. They’ve said for decades that it would be an expensive boondoggle that would hurt wetlands to help agribusiness.

On Oct. 16, the U.S. Army Corps of Engineers published a draft of a new environmental impact statement that supports the pump project. It was a reversal of a previous report that had said the project would hurt wetlands.

The Corps held an online public hearing about the Yazoo Backwater Project on Nov. 10, and it is gathering public comments through Nov. 30.

“We now better understand how the project … can be operated to balance the system to the benefit of aquatics, wildlife and human interaction in the area,” Col. Robert Hilliard, commander of the Vicksburg district of the U.S. Army Corps of Engineers, said in a video shown during the hearing.

Kent Parrish is the Corps’ senior project manager for the project. He said the Yazoo Backwater Area covers 4,093 square miles (10,601 square kilometers), starting just north of Vicksburg and going up to where Mississippi Highway 12 bisects the Delta. The Corps has said the area has experienced significant flooding during nine of the past 10 years, including a 2019 flood that lasted several months.

EPA Administrator Andrew Wheeler said in April 2019 that the agency would reconsider the decision that blocked the project. The draft published by the Corps of Engineers in October said new research shows the project is “not anticipated to convert any wetlands into non-wetlands.”

Five environmental groups — American Rivers, Audubon Mississippi, Healthy Gulf, Mississippi River Network and Mississippi Sierra Club — said in an Oct. 16 news release that the Corps of Engineers is proposing an “irresponsible and ineffective project that could put tens of thousands of people at risk, threaten the integrity of the Clean Water Act and degrade hundreds of thousands of acres of globally significant natural resources.”

The Delta Council, which represents agriculture and business interests in the northwestern part of the state, has been among the outspoken advocates of the pump project. In a Nov. 5 newsletter, the group’s president, Paul Hollis of Rolling Fork, urged people to contact the Corps of Engineers and express support.

“We know that the extreme environmental organizations are going to be generating comments, and it is important that we stand toe-to-toe with them,” Hollis wrote.

Mississippi politicians have been pushing the Trump administration to revive and fund the project that has been estimated to cost more than $400 million. The Environmental Protection Agency vetoed the project in 2008 under Republican President George W. Bush, with the agency saying “adverse impacts on wetlands and their associated fisheries and wildlife resources are unacceptable.”

The late Sen. John McCain, a Republican from Arizona, once called the pumps “one of the worst projects ever conceived by Congress,” and opponents say pushing water out of the south Delta could cause worse flooding downstream along the Mississippi River.

Among the Mississippi politicians supporting the project are Sens. Roger Wicker and Cindy Hyde-Smith and Gov. Tate Reeves, who are all Republicans; and Democratic U.S. Rep. Bennie Thompson, whose congressional district includes the areas that would be most affected.

Hyde-Smith spoke by video Thursday to an online meeting of the Delta Council, also urging members to submit comments in favor of the pumps. In a statement that might not end up being true after President Donald Trump leaves office, Hyde-Smith said: “Regardless of who’s running Washington, this project will go forward with enough public support.”

About the photo: Rows of farm land near Holly Bluff, Miss., are covered with backwater flooding, in this May 23, 2019 photo. Normally there would be cotton or corn or soybean crops in the rows. U.S. Senator Cindy Hyde-Smith, R-Miss., sent a letter Wednesday, June 12, 2019 to President Trump to approve the use of temporary pumps in the Yazoo Backwater Area to begin removing floodwaters that have contaminated the region for months on end. (AP Photo/Rogelio V. Solis)