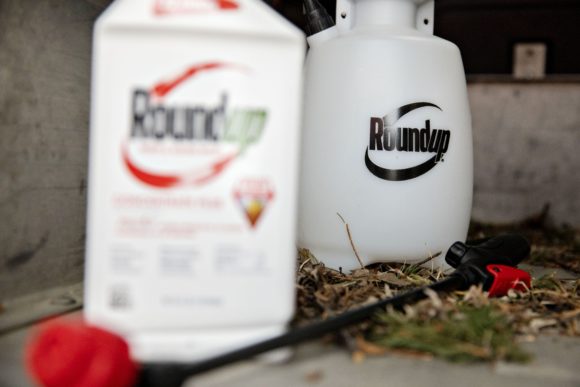 Bayer AG’s legal bills to contain the fallout over the weedkiller Roundup keep rising with costs to handle future lawsuits expected to surge to $2 billion.

The German drugs and chemicals maker is far enough along in talks with U.S. plaintiff attorneys to realize that the outlay will be higher than anticipated in June, it said in a statement Tuesday. Bayer also reported profit and sales that missed estimates as the pandemic hurt demand for key agriculture and pharmaceutical products. The shares fell as much as 3.2%.

The Roundup litigation continues to vex Chief Executive Officer Werner Baumann, who orchestrated the $63 billion takeover of Monsanto that gave Bayer the embattled herbicide. The company failed to settle outstanding Roundup lawsuits by Monday, a deadline set by a judge who has said he’ll resume federal trials over claims the weedkiller caused consumers’ cancer.

Bayer remains committed to settling all the Roundup cases, it said in a separate statement. Given the progress so far and complications posed by the pandemic, the company doesn’t expect trials to occur, if at all, before the third quarter of 2021, it said in the email.

In its earnings report, Bayer also reported non-cash impairment charges of 9.3 billion euros ($10.9 billion) on crop science assets. That’s at the higher end of the range Bayer flagged in September.

The company said Tuesday it has Roundup agreements that are completed, in the process of being finalized or that have been reached “in principle” for 88,500 claims — but that it can’t say with certainty that the total number of existing Roundup suits is 125,000 until the entire settlement process is complete. The company is in talks with a large number of the remaining plaintiffs, Baumann told reporters on a call.

Bayer expects to reach an agreement with plaintiff attorneys about how to handle future Roundup cases and to seek preliminary approval for that pact within weeks, he added.

Shares are down more than 58% since the Monsanto deal. The company lost three U.S. trials related to the product and watched as the ranks of plaintiffs filing charges multiplied. Bayer insists the product is safe and is appealing.

Bayer plans further acquisitions and licensing deals in pharma and consumer health after an agreement last month to buy U.S. biotech company Asklepios BioPharmaceutical Inc. for as much as $4 billion, according to its CEO. AskBio is a developer of gene therapies for ailments such as Parkinson’s disease and congestive heart failure.

Baumann said that Bayer is also considering selling some larger assets that aren’t central to the company’s strategy and is already divesting small parts of the consumer health business.

The pandemic initially weighed on Bayer’s pharma division as people put off non-urgent surgeries and other health-care needs. But in the third quarter it became clear that the biggest impact from the crisis might be to its crop-science division due to flagging demand for some farm commodities and biofuel.

The company posted adjusted third-quarter earnings of 1.8 billion euros before interest, taxes, depreciation and amortization. That missed the 2.06 billion-euro average of analyst estimates.