A decade after Southwest Florida first felt his outsized presence on its automotive scene and over its airwaves, legendary car dealer Billy Fuccillo has died at 64.

Remembered as a car-selling legend by Executive Southeast Regional Manager for Kia Percy Vaughn and many others, Fuccillo made sure to help others along the way, Vaughan said.

“Billy was an innovator. He did things that other car dealers dream about. He did those commercials, but he always gave back to the community, that’s for sure,” he said. “Billy was a legend, man. There will never be another Billy.

Previously: End of an era: Fuccillo Kia of Cape Coral sells for $13.1 million to LMP Automotive 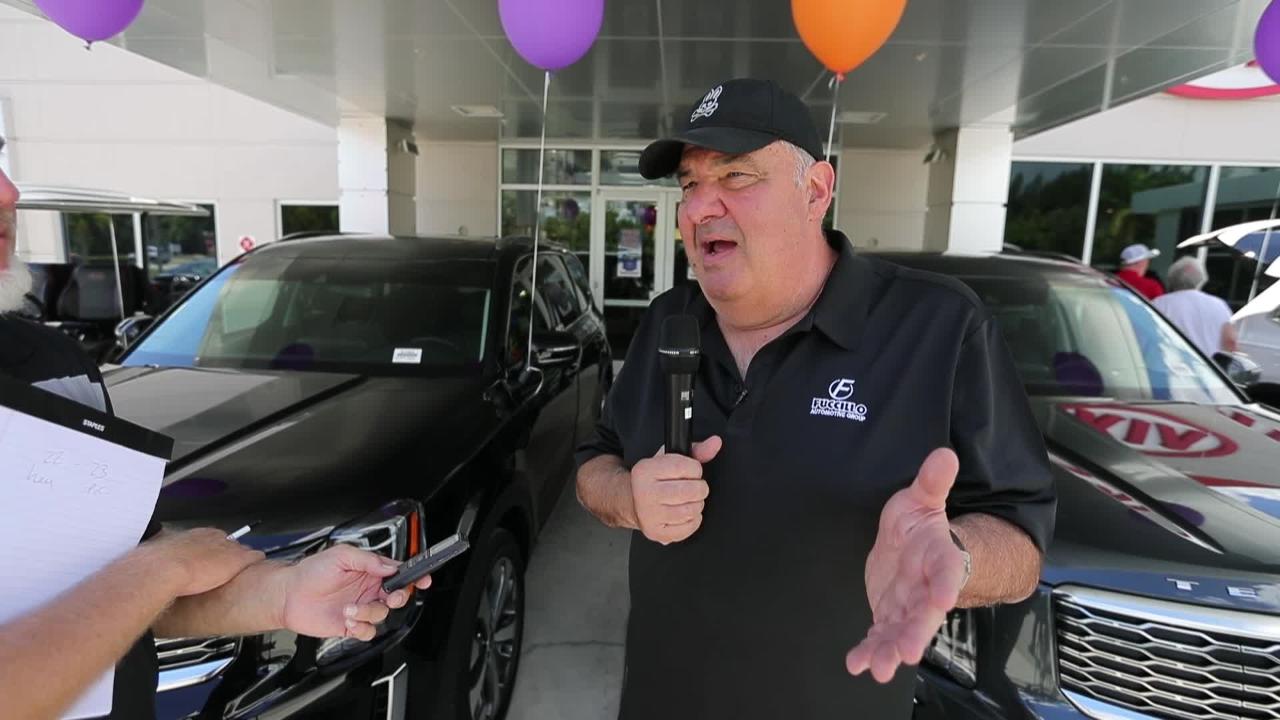 Caroline Renfro, who pitched cars for Fuccillo Kia on TV commercials, radio spots and mailed fliers for eight years until stepping away from that role in November 2017, has returned to Fuccillo Kia in 2019.

His Pine Island Road Kia dealership initially made him famous in Southwest Florida, along with its commercials featuring his trademark “Huuu-ja!” and pitch partner Caroline Renfro. Within a few years, the Korean-owned company recognized his Kia dealership as the world’s top-seller.


– The News-Press staff writer David Dorsey contributed to this developing story; come back to news-press.com for updates.