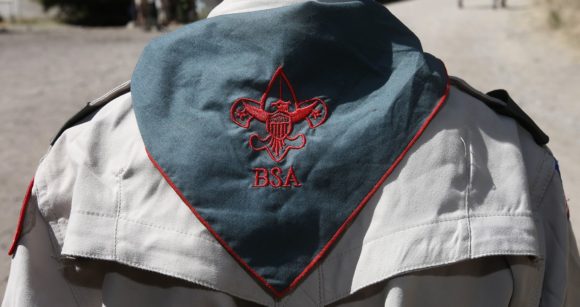 More than 95,000 victims have filed sexual-abuse claims against the Boy Scouts of America, and the organization risks running out of cash if it can’t settle the claims and exit bankruptcy by summer 2021, the group said in court Wednesday.

The Scouts need to come up with a settlement plan and emerge from court protection to preserve cash, Jessica Boelter of law firm Sidley Austin said on behalf of the group. The Scouts filed for bankruptcy in February to cope with a rising number of abuse lawsuits.

“Covid and the bankruptcy have created a perfect storm on our ability to generate revenue,” Boelter said. “We will run out of money if we linger any longer in bankruptcy.”

Boelter said the Scouts have seen a 50% drop in revenue so far this year compared to 2019. The group laid off 20% of its full-time staff and has spent $41 million on its bankruptcy case, she added.

The Scouts and victims are currently in mediation, but lawyers on Wednesday noted the difficulties of negotiating a global settlement on tight deadlines. David Molton of Brown Rudnick, who represents The Coalition of Abused Scouts for Justice, called it a “daunting goal.”

The Scouts have fought in court with insurers, which in the past have argued they shouldn’t have to pay claims related to abuse that could have been prevented. An attorney for Century Indemnity Co., Tancred Schiavoni of law firm O’Melveny & Myers, said the insurer would need time to look at the claims and said it would present evidence that victims’ lawyers couldn’t have vetted such a large number of allegations.

“To get a bum’s rush that 100,000 cases should be evaluated in a month, that’s a challenge,” Schiavoni said.

Boelter laid out a schedule for victims’ claims to be entered into a database in the coming weeks while mediators continue meeting with 18 parties about a settlement, allowing the Scouts to file a bankruptcy plan in early 2021.

Without a deal between the organization and victims, scouting as a whole could fail and other creditors would drain the group’s funds, said Richard Mason of Wachtell, Lipton, Rosen & Katz, an attorney for a coalition of local Scout councils. That could ultimately leave victims “empty-handed,” he said.

A lawyer who represents about 4,000 victims in the case said any settlement that includes the survival of the Boy Scouts of America will require a complete restructuring of the group’s operations and assets.

“It is possible that survivors will support the BSA’s successful emergence from bankruptcy, but only after a good faith showing that they will use the enormous wealth they have accumulated to help each and every survivor achieve closure and justice,” said Christopher Hurley of Hurley McKenna & Mertz.

The case is Boy Scouts of America, 20-10343, U.S. Bankruptcy Court for the District of Delaware. To view the docket on Bloomberg Law, click here.

About the photo: A Boy Scout listens to instruction at camp Maple Dell on July 31, 2015 outside Payson, Utah. The Mormon Church is considering pulling out of its 102 year old relationship with the Boy Scouts after the Boy Scouts changed it’s policy on allowing gay leaders in the organization. Over 99% of the Boy Scout troops in Utah are sponsored by the Mormon Church. (Photo by George Frey/Getty Images)