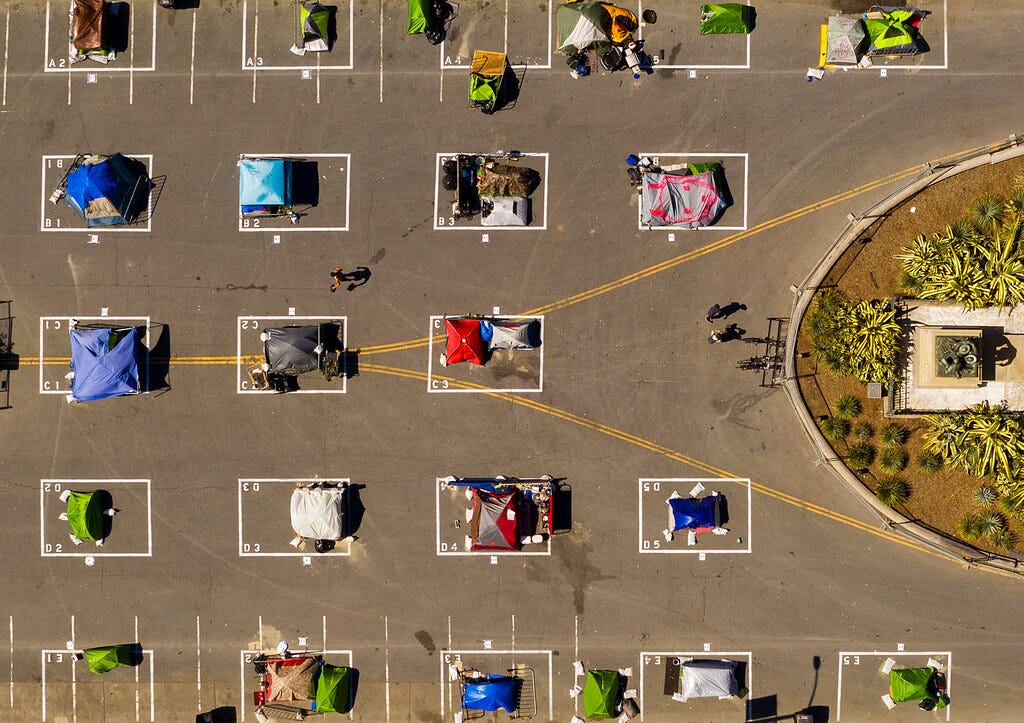 San Francisco – California Gov. Gavin Newsom on Tuesday proposed $12 billion in new funding to get more people experiencing homelessness in the state into housing and to “functionally end family homelessness” within five years.

Newsom’s plan was announced in a statement and he was expected to provide more details at a media event Tuesday morning in San Diego County. The first-term Democrat faces a recall election, mounted by Republicans and others unhappy with the way he has handled the pandemic, the economy and government.

The nation’s most populous state county has an estimated 161,000 people experiencing homelessness, which is more than any other state.

A new state database shows that nearly 250,000 people sought housing services from local housing officials in 2020. Of that number, 117,000 people are still waiting for help while nearly 92,000 people found housing.

Newsom – a former mayor of San Francisco, where the homelessness is very visible – seized the twin crises of homelessness and affordable housing even before the pandemic started last year.

He launched projects “Roomkey” and “Homekey,” using federal funding to house homeless residents in hotels and motels during the pandemic and helped cities, counties and other local entities buy and convert motels and other buildings into housing.

The average cost to convert a unit into housing for people experiencing homelessness was nearly $150,000, Newsom administration officials said at a recent briefing. They said that is much cheaper than what building housing from scratch.

Local leaders have welcomed Newsom’s focus on the problem. Big city California mayors are seeking $20 billion from the state over five years to address housing and homelessness.

Advocates for the homeless say there’s simply not enough affordable housing to help people who slip into homelessness, which is why tent camps and sleeping bags still clutter highway ramps and city sidewalks.

Newsom’s proposal also includes $3.5 billion in efforts to prevent people from becoming homeless, including rental payment assistance, to “functionally end family homelessness within five years,” the statement from Newsom’s administration said. It’s not known how the administration will measure that.

The spending proposal comes as part of a $100 billion pandemic recovery plan Newsom is rolling out this week. The massive amount comes from an astounding $76 billion estimated state budget surplus and $27 billion in new funding from the federal government’s latest coronavirus spending bill.

A February audit criticized the state for its fragmented approach to addressing homelessness, and urged the state to track spending and set statewide policy.


It identified at least nine state agencies that spent $13 billion on 41 programs to address homelessness without evidence to show what was effective.