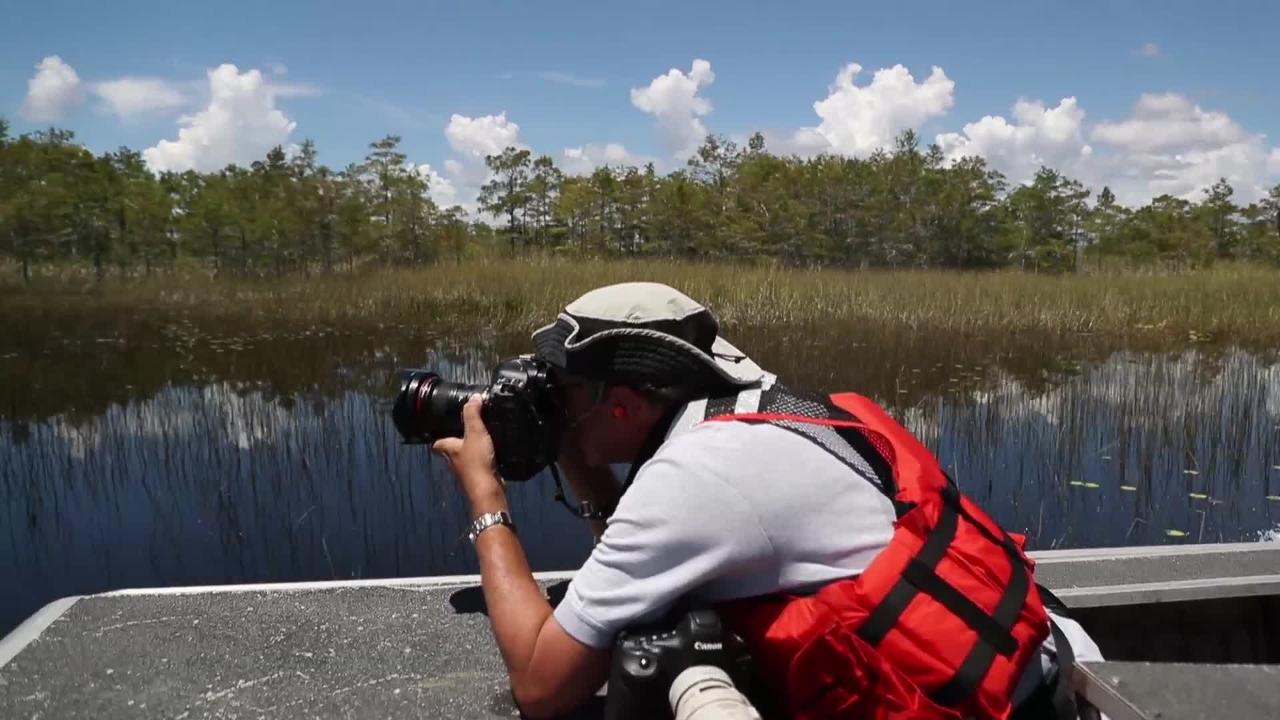 High water in parts of the Everglades impacting wildlife,

A state agency charged with managing the region’s waters spent millions of dollars on the Caloosahatchee and other reservoirs as well as smaller projects expected to improve water quality in Southwest Florida.

The South Florida Water Management District recently released its annual environment report, which details various projects the agency is working on throughout the 16-county district.

One of the most important projects for Southwest Florida coastal water quality, the Caloosahatchee Reservoir, often called C-43, when completed will hold about 55 billion gallons of water that would be collected mostly from basin flow during the wet season and stored until needed.

At a final cost of over $1 billion, the reservoir will be an important part of helping restore the Caloosahtachee estuary and coastal Lee County.

“I think the reservoir is anticipated to provide about 37% of the water needed to restore the estuary and it would, based on some assumptions, it would prevent significant harm to the estuary about 95% of the time,” said Calusa Waterkeeper John Cassani. “So it’s progress in the context of slowing down or reversing the significant harm that occurs every dry season.”

Runoff from the Caloosahatchee River’s upstream basin will also be pumped into the reservoir, which is nearly 11,000 acres in size with an average water depth of 17 feet, according to the report.

The district also constructed a 1,500 cubic feet per second inflow station, made improvements to adjacent canals and started the armoring of the State Road 80 bridge.

“The Caloosahatchee Reservoir is well into the final phase of construction, which was started in October of 2019,” said district spokesman Randy Smith. “The berm is being built that will create the storage reservoir and the project will be completed by the end of 2023.”

The Caloosahatchee reservoir will be able to help the river and estuary in different ways at different times of the year.

Several monitoring wells were plugged to allow construction of the perimeter canal road. The district built about 19 miles of embankment and 15 miles of perimeter canals, according to the report.

While the St. Lucie system on the East Coast doesn’t need water from the lake to properly function, the Caloosahatchee River often needs flow from the lake to help keep salinity levels in the estuary at a healthy level during the dry season.

The district covers a region that includes millions of acres, about 9 million people and includes Lee and Collier counties. It stretches from just south of Orlando to Florida Bay and the Keys.

Its boundaries basically represent the historic Everglades, much of which has been ditched and diked to help drain the wetland for development and farming.

Another project that will benefit the southwest coast is the Everglades Agriculture Area, or EAA, Reservoir, which will cost an estimated $1.6 billion.

Blasting for a canal system at the reservoir started in April of 2020, and the district started work on a 6,500-acre manmade wetland system to help filter the water to meet legal standards, according to the report.

More: Scientists, river advocates worry there will be more toxic algae blooms this summer in Florida

“The project will provide ecological benefits, reduce harmful discharges to the St. Lucie and Caloosahatchee estuaries, and send more clean water south to the Everglades,” the report says of the EAA reservoir and its water treatment component.

The EAA reservoir is part of a network of projects that will eventually allow the Army Corps to send more Lake Okeechobee water south and spare the Caloosahatchee and St. Lucie river from damaging discharges.

“The reservoir is the biggest project for our region as far as discharges go,” said Chris Whitman with Captain for Clean Water. “For us the whole point of the EAA reservoir is to take water and have capacity to keep Everglades and Florida Bay hydrated during the dry season. The greatest benefit in the wet season (for coastal Southwest Florida) is the EAA Reservoir — to take water off the lake. That’s what does the most damage to the lower estuary and makes red tide worse and kills sea grass and oysters.”

“Construction of the district’s portion of the EAA Reservoir, the (stormwater treatment) portion, got underway this year and is making progress quickly,” Smith said. “It will be completed by the end of 2023 and be able to be used soon after completion to improve water quality in the Southern Everglades while the reservoir portion is built by the U.S. Army Corps of Engineers.”

The Army Corps is the federal sponsor for the Everglades restoration and is responsible for approximately half of the final costs.

Other projects the district worked on include the rehydration of Lake Hicpochee — part of the historic headwaters of the Caloosahatchee River — and a project that takes water off Lake Okeechobee that’s known as Nicodemus Slough. The lake is a little southwest of Moore Haven, a city near the western shore of Lake Okeechobee.