Cape Coral mayor Joe Coviello, who attended every new business and building ribbon cutting he could and promoted the city he served, died suddenly Wednesday morning. He was 65.

Coviello leaves behind his wife, Diane, and their two grown sons, Ross and Alex, who are United States merchant marines. He presided over Ross’s wedding in December and was serving as president of the United States Merchant Marines Florida parent association. Originally from Long Island, New York, and a Cape Coral resident since 2000, Coviello worked as a human resources consultant for various businesses.

Coviello also leaves behind one of the fastest-growing cities in America. Cape Coral grew in population from about 183,000 in November 2017, when he won election, to approaching if not eclipsing 200,000 in 2020 according to U.S. Census Bureau estimates. The latest figures have yet to be finalized.

“During a very disruptive point in the city’s history, he brought calm,” said Joe Mazurkiewicz, who served as Cape Coral mayor from 1983 to 1993 and gave Coviello advice during his 2017 campaign. “He brought decorum and openness to city council meetings when it was very much needed. He did a very professional job as mayor, specifically running meetings. He was a great ambassador for the city. He was everywhere. There was hardly an event that he wasn’t there, and with his wife, more times than not.”

Cape Coral city council member Jennifer Nelson, who like Coviello was elected in 2017, broke into tears a few times while talking about her reverence for him. Joe and Diane Coviello boosted Nelson’s morale when her daughter, Piper, was experiencing some issues a couple of years ago. 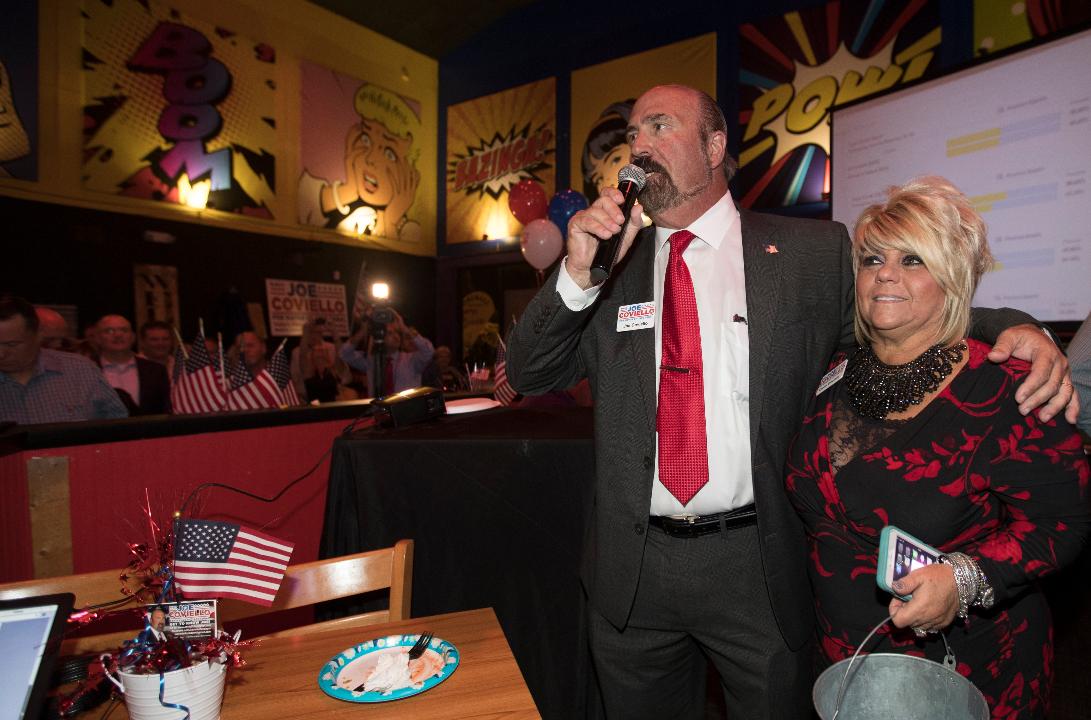 Piper prompted Coviello to become an advocate and financial supporter of the PACE Center for Girls in Lee County, a resource for teen girls seeking assistance.

“Joe and Diane became huge supporters of PACE Center for Girls,” Nelson said. “They were just lovely to me and my child. I will never forget that kindness. We’ve turned the corner in the last two years. It was rough. But just knowing I had their support, personally, and with PACE, it was just the best blessing. I had so looked forward to serving more with Joe.”

News of Coviello’s sudden death, the cause of which has yet to be released, spread fast Wednesday morning. New city manager Rob Hernandez called all the council members just before 9 a.m. Wednesday.

The city sent a news release announcing the death just after 9 a.m.

“We ask that you please respect the privacy of his family while they mourn their loss,” the release said. “His passing was due to an unexpected medical incident. Any further details will be announced as they become available.”

The mayor pro tem council member John Gunter will serve as interim mayor until the council decides how it wants to proceed, Buice said. The council could appoint someone as mayor through the end of Coviello’s term in November 2022, or it could hold a special election. If a current council member were to become mayor through appointment, a special election would need to be held to fill the vacant council seat.

The city council is scheduled to reconvene 4:30 p.m. Wednesday, Jan. 20. It has postponed a two-day retreat about internet technology security that was slated to begin Thursday morning, Jan. 14, at the Westin Cape Coral at Marina Village until a day to be determined.

“What a devastating and profound loss for our community,” Creighton said. “He was such a great leader and advocate for business and the people of Cape Coral. I knew him for a time before he was mayor as a citizen advocate and a huge proponent of Cape Coral. I voted for Joe. I gave him campaign money. He was the guy. I supported him.

During his first year in office, Coviello struck a deal for a franchise agreement with Lee County Electric Cooperative, the largest supplier of electricity to the city.

Coviello also served in office during the completion of the SE 47th Terrace Streetscape project. He promoted the city’s referendum for a $60 million parks bond, which passed with 54% of the vote in November 2018.

After the COVID-19 pandemic began, Coviello proposed a mask mandate for the city. He urged Lee County to do the same, to no avail. He stuck to his proposal when it became politically unpopular but lost his cause with a 5-3 council vote in July.

“We’ve educated, Lee Health has educated, people are still defiant, and they will not wear a mask,” Joe Coviello told The News-Press after losing the vote. “I certainly hope that I am not looking back on tonight two or three weeks or a month from now and saying we could have done something that would have made a difference.”

The day before Coviello died, Jay Ganzi, managing partner of Cape Coral Chrysler Dodge Jeep Ram, said he ran into him at a drug store at about 6:30 p.m. Tuesday.

“He seemed fine,” said Ganzi, who therefore was shocked upon learning the news Wednesday morning. “It was kind of freaky.”

Coviello was the only mayor Ganzi has known since he opened the car dealership in October 2018. They quickly became friends, he said.

“As a business guy, he was very open to doing lots of community, joint ventures with us,” Ganzi said. “I thought he was great for the city. We went to a lot of things together. The animal shelter fundraiser. The Coconut Festival. Red, White and Boom. Whenever the city asked me to do something, I always did it out of respect for Joe.

Fellow city council members also described themselves as in shock upon learning the news.

“He was a great leader, and he spent so much of his time on his job,” council member Jessica Cosden said. “He really put everything into it. I always appreciated that about him. I will miss him terribly. I really feel for his wife. They were so close. I can’t imagine what she’s going through right now.”

New council member Tom Hayden, elected in November, had just four council meetings in which to interact with Coviello.

“It was a huge shock,” Hayden said. “It was completely unexpected. It’s a call you never expected to get. I was just kind of settling in, and then this happened. I was really looking forward to working with him.”

Said Nelson: “Everything he showed on the outside as a city leader, you knew where he stood. He cared about our city. He was always at events. He was an amazing father to his sons. They just adored him. The idolized him. Which is the way it should be. He was so proud of their boys.”

Panel: China, WHO should have acted quicker to stop pandemic