Unlike Gov. Phil Murphy’s task force on EDA’s tax incentives, Cooper University Health Care was hopeful that Tom Moran would give a fair account of Cooper’s award of tax incentives in his editorial published on May 19, 2019. Instead, Mr. Moran totally ignored and failed to quote one word of the detailed information that was submitted to him.

Here are the facts. Cooper has called the City of Camden home for more than 130 years. Today, Cooper is the leading academic tertiary health care system in South Jersey receiving more than 1.6 million patient visits a year to its safety net hospital in Camden and 100-plus outpatient offices. Cooper is a not for profit health system and is the largest employer in Camden with more than 7,500 employees, nearly 12 percent of whom are City of Camden residents.

Cooper has invested nearly $1 billion in its health system and has been a leader in Camden’s revitalization. Accordingly, Cooper was one of the very first organizations to apply to the New Jersey Economic Development Authority (EDA) for Grow NJ tax incentives in Camden in 2014. Cooper applied under the Garden State Growth Zone (Growth Zone) provisions of the statute, which was amended by the Legislature in 2013 to encourage investment in Camden and other distressed cities. 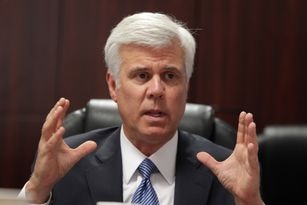 Cooper’s certification and application were clear and consistent with the new law. Cooper was moving 372 employees into a Camden facility. When asked on the application if any jobs were “at risk” of moving out of state, Cooper answered, “No.” Cooper’s CEO certification similarly did not state that any jobs were at risk of leaving the state, only that the tax credits were a material factor in Cooper’s business decision to make a capital investment and locate in Camden.

These are the facts. Neither the special task force, nor Mr. Moran, have produced any document that disputes these facts. In no document did Cooper certify that any of its jobs were “at risk” of leaving the state. Not one.

Mr. Moran made the startling claim that the tax credits enabled Cooper “to build a gleaming office tower along the Camden waterfront.” In reality, Cooper occupies one floor of a three-story brick building that is blocks from the Delaware River.

So what is the controversy about? Apparently, it is about an internal EDA staff memorandum that incorrectly states that Cooper certified that it planned to move its jobs out of state. Cooper neither wrote nor approved this memorandum, which is plainly wrong. Cooper’s certification and application are public documents and they clearly contradict this EDA memorandum. 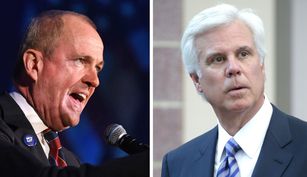 George Norcross, a Democratic powerbroker, says the governor overstepped his bounds in creating a special task force to look at tax incentives.

The task force and Mr. Moran also focused on emails just days before the award related to properties in Philadelphia. The emails clearly show that the EDA, not Cooper, initiated requests for comparable leases of Philadelphia properties as part of their due diligence. Cooper merely complied with EDA’s request. No reasonable person could conclude from those emails that Cooper was intent on moving jobs out of New Jersey.

Why did EDA ask for out-of-state locations? That is a question for the EDA. At one task force hearing, its lawyer, Jim Walden, explained there was confusion within the EDA itself on what the new law required, and “two schools of thought” on what to ask of applicants. This internal confusion within the EDA might explain the request to Cooper for information that, per the statute, was not legally relevant.

The bottom line is simple. Cooper never certified that any jobs were at risk of leaving the state, and the law did not require it to do so. Whoever wrote the EDA memorandum stating otherwise was simply wrong.

Defaming Cooper due to a careless and incorrect EDA staff memorandum is wrong. Cooper acted properly and the tax credits it received were appropriate, justified, and legitimate under the law.