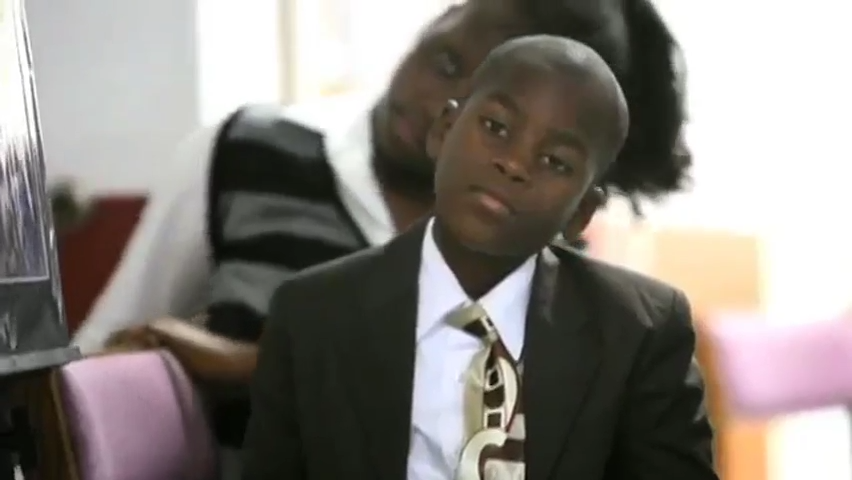 Damon Weaver, little reporter, returns from the inauguration of President Obama and tells his class what he has learned. This video is from 2009.

As an intrepid student reporter whose dreams carried him all the way to an interview in the White House with President Barack Obama, Damon Weaver found himself in the national spotlight at a young age. It was the Pahokee native’s dream to tell the stories of others as a professional journalist.

Weaver, who in 2009 became the youngest person to conduct an interview with a sitting president, died May 1 at age 23, his sister, Candace Hardy, confirmed Thursday. She said his death was due to natural causes.

Weaver was just a11 years old and a student at Canal Point Elementary School when he met with President Obama for about 10 minutes in the White House Diplomatic Room on Aug. 13, 2009, asking 12 questions that focused primarily on education and schools.

Among their topics: bullying, school lunches, conflict resolution and how to succeed. Weaver finished by inviting Obama to visit his school and asked him to be his “homeboy,” noting that Vice President Joe Biden already had taken him up on the offer.

“It was a one-in-a-lifetime experience,” Hardy said. “That’s the only way to describe it. … It was life-changing for him.”

It was one of many notable moments for Weaver. Hardy recalled her brother’s outgoing, gregarious personality.

“He was just a nice person, genuine, very intelligent,” she said. “Very outspoken, outgoing. He never said no to anybody. He was very helpful.”

Weaver, who most recently lived in West Palm Beach, graduated from Royal Palm Beach High School, earning a scholarship to Albany State University in Georgia. He was pursuing a degree in communications and planned to return to the university in the fall, Hardy said. He wanted to pursue a career in sports journalism covering the National Football League, she said.

Hardy said that one of the things her brother enjoyed most about journalism was the chance to meet new people.

“Dwyane Wade was impressive and he gave me good advice,” Weaver told The Palm Beach Post in a 2015 interview. “He told me to stick with my dreams. And he told me that I’m a ‘cool’ person.”

In an interview with The Post in 2016, Brian Zimmerman, the teacher who helped launch Weaver to fame, described Weaver’s natural ability in front of the camera.

He recalled making the rounds of fifth-grade classes at K.E. Cunningham/Canal Point Elementary at the start of the 2008 school year to gauge student interest in participating in the school’s TV newscast.

“Damon was the kid who ran after me in the hall to tell me he was interested,” Zimmerman said. “And right away, I just saw the potential for the way he was on camera. You could see his personality come through. He wasn’t nervous being on camera.”

In addition to pursuing his own journalism dream, Weaver become a mentor to other aspiring young journalists.

“A lot of people looked up to him,” Hardy said. “With him being so young, he made a way for more students to engage in journalism.”

Hardy said Weaver hoped to one day buy his mother a house and, more immediately, his dream car, a Camaro.

“He was loved by everyone,” she said. “No matter if it was a stranger, his mom or a family member, he was just a ball of light with so much energy. He was always positive, always had a smile on a face and he was always a joy to be around. He left an impact on a lot of people.”

A funeral service will be held at noon Saturday at St. John 1st Baptist Church in Belle Glade. Due to COVID-19 restrictions, the service will be limited to family and is not open to the public.


It will be streamed live on the Brown & Bussey Funeral Home’s Facebook page, Hardy said.