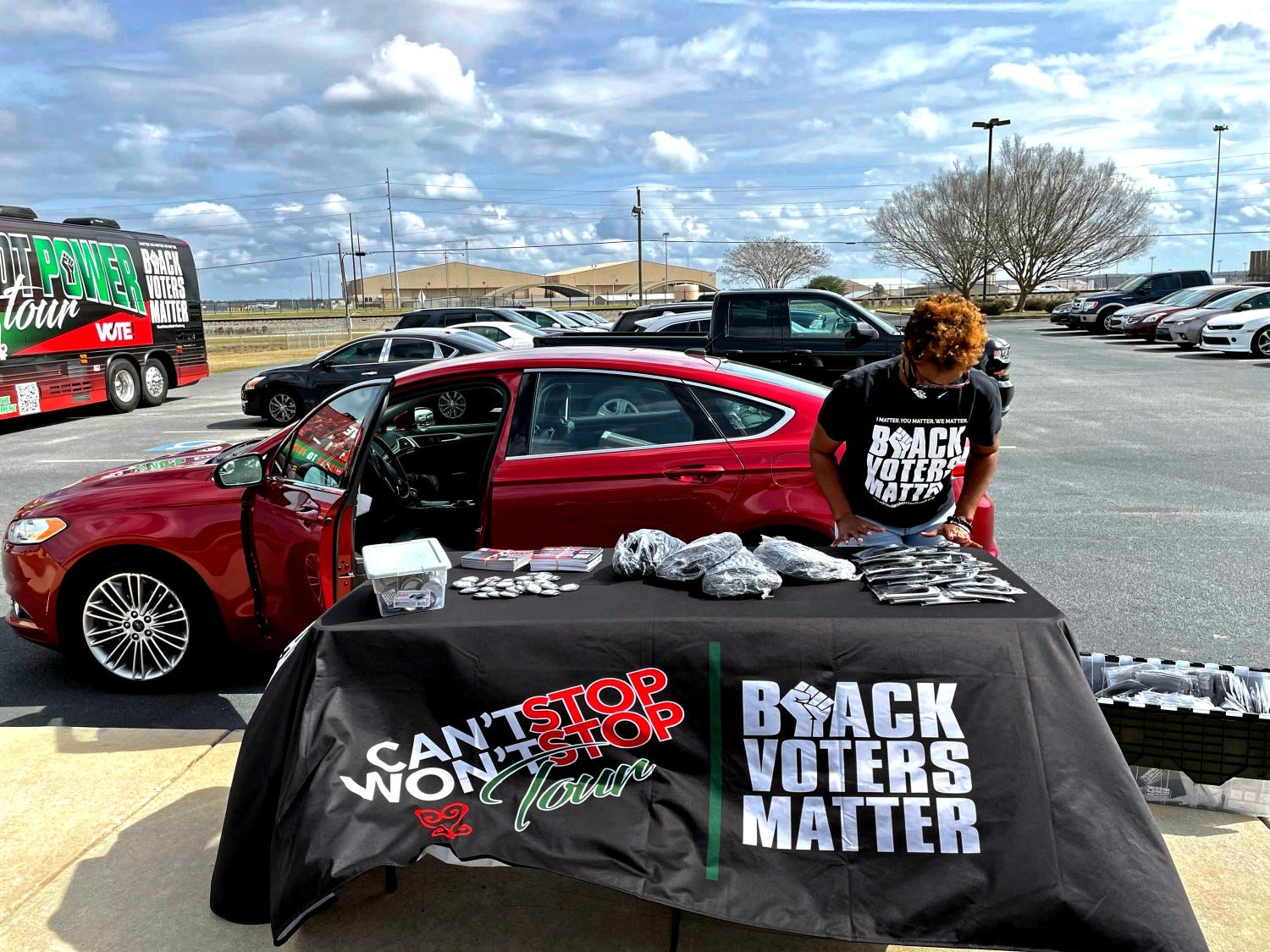 Washington — Democrats say they have settled on a plan to reverse their across-the-board declines with voters of color in the 2020 election.

It starts with not taking their support for granted.

A collection of leading Democratic strategists, bolstered by in-depth studies of the last election, say the party too often treated Black, Latino, and Asian American voters as homogeneous blocs of faithful supporters, overlooking how many of them were drawn to the Republican Party and resistant to the Democrats’ broad messages.

They argue that overconfidence led to flawed outreach efforts that, unlike with some white voters, too frequently neglected to make the case directly to voters of color that Democrats deserved their vote.

The oversight is a critical reason why President Joe Biden lost support among voters of color relative to previous Democratic presidential candidates, these Democratic operatives said. And if left uncorrected, they fear it will hurt the party’s chances in next year’s midterm elections.

“That’s how our campaigns are trained: If it’s a white person, you need to persuade them,” said Lanae Erickson, senior vice president for social policy and politics at Third Way, a center-left think tank. “And if they’re a person of color, they vote for us. And that fundamental assumption needs to be thrown out the window.”

Third Way and two other Democratic groups, the Latino Victory Project and Collective PAC, this month released a 73-page autopsy of the 2020 election that began by urging Democrats to campaign differently with voters of color. That followed a May report from Democratic super PAC Priorities USA, which spent more than $100 million helping elect Biden in 2020, that the party needed “to do more to engage and persuade voters of color.”

Senior officials at Democratic political committees say their own internal conversations this year have dwelled in part on taking a deeper and more nuanced view of Black, Latino and Asian American voters, cognizant of the chance to improve the party’s performance in 2022.

To some Democrats, it’s a conversation that’s long overdue — and reflective of a growing recognition that the party faces much stiffer competition for voters of color than it has in recent memory.

“It is the single biggest problem in our Democratic coalition,” said Chuck Rocha, a Democratic operative who advised Sen. Bernie Sanders’ 2020 presidential campaign.

Democrats are quick to point out that voters of color were still a crucial part of their winning coalition in 2020, supporting the party’s candidates at much higher overall rates than white voters.

And veteran political strategists, including Republicans, say that working-class Black and Latino voters shifting to the right is the product of larger cultural forces in the country that are not easily overcome by campaign tactics.

Democratic operatives say at least part of the reason Biden and other Democratic candidates — who in most cases performed worse than their presidential nominee in 2020 — suffered those declines was a fixation on persuading key subsets of white voters, such as suburban and college-educated voters, while not making a similarly comprehensive and detailed effort with voters of color.

Efforts to persuade Black voters in particular arrived late and lacked a finely tuned argument in most cases, said Quentin James, founder and president of Collective PAC, which works to elect Black candidates.

“We see them all as a bucket of people to get to a fish fry or a barbecue or a concert in the fall,” James said.

Even groups that tried to persuade voters of color say their efforts did not always receive support from the larger Democratic community. Priorities USA, for instance, partnered with the group Color for Change last year to start a multimillion-dollar effort reaching out to young Black men, a group its data showed was unexpectedly open to supporting then-President Donald Trump.

But Guy Cecil, the chair of Priorities USA, said they were only able to raise enough money for 15% of the whole effort, forcing them to use funds from the super PAC’s main account to cover the shortfall.

“I can tell you, of all the programs we ran, it was the single hardest program to get funded,” Cecil said. “Because there was this top-line belief that all of our resources should go into turnout operations.”

Cecil and other senior Democratic operatives reject the suggestion that they took voters of color for granted, saying the party spent considerable time, effort and resources focused on them in 2020.

For instance, the Democratic National Committee and the Biden campaign together spent more than $100 million on outreach to Latino voters alone, according to former DNC spokeswoman Xochitl Hinojosa.

“I do think the Biden campaign did spend a lot of money,” Hinojosa said. “Do I think the larger Democratic infrastructure can spend more and earlier in communities of color? Absolutely.”

But some Democratic strategists argue the problem was rooted in the style and content of the party’s messages, which too often were crafted as if every member of a minority group cared about the same issues and held the same viewpoint.

“There’s a tendency in the country to treat voters of color like a monolith,” said Roger Lau, the deputy executive director at the Democratic National Committee and former campaign manager for Sen. Elizabeth Warren’s 2020 presidential campaign. “We underrate how there are nuances and differences there.”

Lau added that talking to Hispanic voters only about immigration rather than issues like affordable education is one example of a misguided approach.

The drop-off in support among Latinos has drawn special attention among Democrats, who see those voters’ ascension across the country as key to its future political hopes. The losses for Democrats were especially steep in South Florida, where Cuban Americans embraced Trump, and in the Rio Grande Valley in Texas, where Hispanics in rural areas swung sharply to the GOP.

Dan Sena, who was the executive director for the House Democrats’ political arm during the 2018 midterms, said those voters turned against the party for several reasons, including a fear that Biden would endanger the oil and gas industry that’s economically important in the region.

The party’s message never puts those fears to rest, he said.

“There are Hispanics who live in rural areas who need specific messaging in order to believe and understand what the party will do for them, or why they should support Democrats,” Sena said.

He added that he identified three “pillars” of a successful outreach strategy to appeal to rural Hispanic voters: small-businesses development, workforce training and education.

Some Democrats also point out that the people in charge of running the party’s campaigns are often white and out of touch with minority communities, leading to strategies that either overlook voters of color or are awkward in their approach.

“If there aren’t Black, brown, AAPI operatives in the room, then the party is relying on woke white consultants to figure out the outreach strategy and outreach tactics for people they can’t relate with,” Rocha said.

Democrats have taken some steps to try to correct their mistakes this year. Building Back Together, a nonprofit group formed to promote Biden’s agenda, has run Spanish-language ads featuring three different accents, depending on where the ad was running. The DNC, meanwhile, ran a print ad in AAPI media outlets that appeared in English, Korean, Chinese and Vietnamese.

But Democrats say that until campaigns start redistributing resources more equitably, the problems will persist. James, the president of Collective PAC, said he doesn’t want the party to abandon efforts to persuade critical groups of white voters.