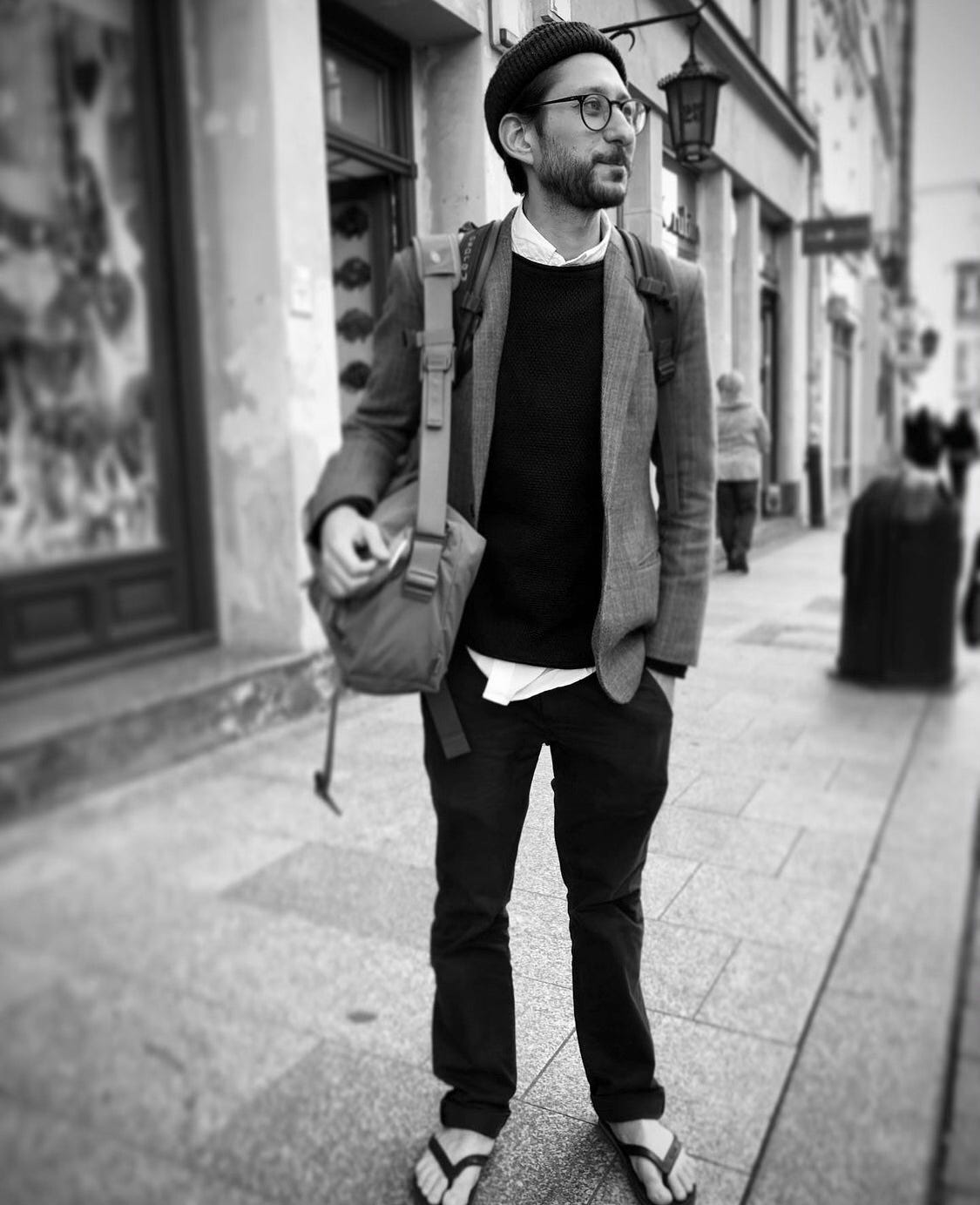 Huntington Woods — Friends of the footloose Danny Fenster would laugh as they described his latest adventure.

His far-flung travels sometimes led to peculiar sleeping arrangements — a rusted van in Midtown, a hammock in a friend’s backyard, a hot tub out west.

But Fenster’s latest sleeping spot has his friends and family worried. He’s being held in a prison in Myanmar, where a longtime civil war turned bloody after a military coup in February.

Fenster, 37, who works for a Myanmar magazine, was arrested last month while trying to leave the country. The military junta gave no reason for his detention.

Fenster’s family hasn’t heard from him since his arrest on May 24. They have no concrete evidence he’s doing OK.

“It’s a nightmare,” said his mother, Rose. “It’s heart-wrenching. I just want my son home, no matter what it takes.”

She was buoyed this week by news reports that a second American journalist who was imprisoned was released. Nathan Maung, who co-founded Kamayut Media, had been incarcerated since March.

If Myanmar officials believe Fenster had anything to do with the ethnic insurgency roiling the country, they have the wrong man, said his family.

Relatives described him as independent, a lover of music who follows a beat all his own.

After getting a bachelor’s degree in journalism in 2009 from Columbia College Chicago, he sold hot dogs for two years in Colorado.

“He is definitely a free spirit,” said his older brother, Bryan. “He doesn’t go straight. He goes right or left.”

Still, even allowing for the occasional zigzag, how does someone go from snowboarding in a hot dog suit in the Rockies to working as a magazine editor in the middle of a war zone?

To answer that, one needs to know a little more about the funny, laid-back kid who grew up in Huntington Woods.

Fenster is curious about people and the world, friends said. He would chat up anybody, peppering them with questions about their lives and interests.

He’s a voracious reader who enjoys learning new things and makes you want to learn about them, too, said Jared Acker, a longtime friend.

“He always wanted to hear of people’s life experiences,” he said. “He’s a good listener and loves a good story.”

Before Acker could have those heart-to-heart talks with his buddy, he had to find him.

When Fenster was living in Chicago in the aughts, he had a habit of losing his cell phone, Acker said. Friends searched for him by figuring out who he might be hanging with and then contacting them.

“It was like a fun treasure hunt,” Acker said.

Cell phones weren’t the only things Fenster eschewed. He traveled lightly, like a tumbleweed, said friends. If it couldn’t fit into his backpack, he could live without it.

He took on the world at his own pace, which was more relaxed than everyone else’s.

In Chicago, he was crashing with old Michigan friends, Jo and Noah Feldman. The Feldmans had to run an errand so they asked Fenster to lock up behind them.

Jo Feldman forgot her phone so she returned home to find the door to the building wide open, the door to her apartment wide open and the back door — yes — wide open. Fenster was lying on a hammock in the backyard.

“We had been gone for 20 seconds,” Feldman said. “There is no one like Danny.”

From San Francisco to Telluride

After graduating from Columbia College, the fledgling bard ventured westward. He worked for AmeriCorps VISTA helping the homeless in San Jose, California but harbored lofty ambitions.

Housing is tight in the ski resort, so Fenster settled for some friends who had an empty hot tub in their living room, Acker said. He built shelves around the tub interior and upon those shelves he placed his favorite things — books.

“A hot tub might only be the fifth most unconventional place Danny has lived,” said Acker.

In 2011, Fenster sold hot dogs above the slopes at Telluride Ski Resort. On his LinkedIn page, he described his duties as sales manager of Diggity’s Dog House.

“Dressing and selling hot dogs,” he wrote. “All. Damn. Day.”

He left out the part about snowboarding in a hot dog suit, distributing hand-drawn coupons to skiers.

‘Danny is one of the best humans’

By 2014, Fenster was back in Metro Detroit, chasing a master’s degree in creative writing from Wayne State University.

He traded in the hot tub for an old van with 100,000 miles on it, his family said. He tore it apart, putting in new paneling, wood floors, a bench and, naturally, bookshelves.

He slept in the van overnight in the school parking lot, said his family. He showered at the campus gym.

“He followed his own journey. He didn’t necessarily want to be tied down,” said Lauren Hawkins, a friend of Fenster’s brother.

While attending Wayne State, Fenster made money by working for the former Pest Arrest Exterminating in Oak Park.

Owner Mitch Wagner said he would have to call Fenster to wake him up or, if he had crashed on Wagner’s couch, to shake him awake.

Wagner said he was training Fenster at a nursing home when the young apprentice went missing several times.

One time, Wagner found him reading a book he plucked off a resident’s bookshelf. Another time, he was talking with the facility’s maintenance worker about the worker’s childhood.

“Danny was not the best employee. Danny is one of the best humans,” Wagner said.

Fenster’s well-worn compass next pointed south as he took a job with a small newspaper in New Iberia, Louisiana, in 2017.

But it was just a matter of time before the United States wasn’t big enough to hold the wayfarer. After seven months, he was done with the Louisiana paper and looking overseas.

Fenster was intrigued with Thailand and moved there in 2018, said his family. He lived in Bangkok for 18 months, doing some freelance work in journalism and marketing.

A media job opened in neighboring Myanmar, and Fenster crossed the border in 2020, his family said. He worked for Myanmar Now news service and then Frontier Myanmar, a bimonthly magazine that is published in Burmese and English.

His first year in Myanmar was uneventful as he edited the magazine’s English stories. But it wasn’t entirely uneventful. He married Juliana Silva several months ago, said his family.

Meanwhile, trouble was bubbling under the surface in the country.

Myanmar has been riven by political instability since gaining its independence from Britain in 1948, Asian studies scholars said. The ethnic divisions account for one of the longest civil wars in the world.

His editor at Myanmar Now was Ko Swe Win, who served seven years in prison for joining a 1998 protest against an earlier military junta, according to press accounts.

But Fenster didn’t join protests or even cover them as a reporter, said Rose, his mom.

“He didn’t hurt anybody or start anything,” she said. “He was just behind a desk editing.”

If Fenster is Peter Pan in this story, Captain Hook is Min Aung Hlaing, the head of the Myanmar military.

The armed forces have never been far from power since its earlier coup in 1962, said David Mathieson, an analyst with the Asia Foundation in San Francisco. It has long dominated the government and economy.

The military announced it was sharing its power in 2016, and a democratic election was held in November with representatives of the military being trounced, Mathieson said.

The sharing stopped in February.

“The coup may have been a preemptive strike,” Mathieson said. “(The election) seemed to upset the uneasy balance of power.”

After the coup, Fenster’s parents asked him if he noticed any difference in the government. There is no government, Fenster said. People were hiding or protesting.

The normally fractious ethnic groups joined together to oppose the junta, according to press accounts. A national strike brought the economy to a halt. Banks and hospitals were barely operating.

As a military crackdown on protests became increasingly bloody, Fenster warned his parents they would hear harrowing news reports from Myanmar but that he was OK.

Those reports described night raids at the homes of suspected dissidents and the shooting of protesters at demonstrations. Security forces have killed 860 civilians, according to a local monitoring group.

Fenster last talked to his parents in early May, said his father, Buddy. Danny told him the magazine staff had been decimated as workers went into hiding or fled the country.

“I could tell in the tone of his voice that he was thinking maybe it’s time to go, you know, follow the next lead wherever his heart may take him,” Buddy Fenster said.

The country had, indeed, become perilous for reporters, according to press accounts. News outlets were shut down. Dozens of reporters were arrested. The military published a list of “wanted” reporters.

Foreign reporters once enjoyed a freer rein than local ones in Myanmar, but that changed after the coup, according to published accounts. Foreign press began leaving the country in April.

Fenster tried to join the exodus on May 24. He had planned to visit Michigan in July but moved up his departure.

Waiting for his flight at Yangon International Airport, he was still his usual light-hearted self, according to the Guardian, which interviewed Silva, his wife. The Detroit News wasn’t able to reach her.

Fenster told Silva in a text message that he had received his COVID-19 protective gear — a gown and hairnet — and promised to send her a photo of himself wearing it.

Six minutes later, he sent another text saying security forces were taking him away, reported the paper.


That was the last time Silva heard from him.

She and Fenster’s family believe he is being held at Insein Prison in Yangon. The junta hasn’t released any information about his well-being.

The State Department has been pushing the country to allow U.S. Consulate officials to visit Fenster but has been rebuffed.

Since the coup, the prison has rapidly filled with political inmates, according to press reports. Among the poets, politicians and Buddhist monks within its cells is a former hot dog salesman from Michigan who just wanted to see the world.