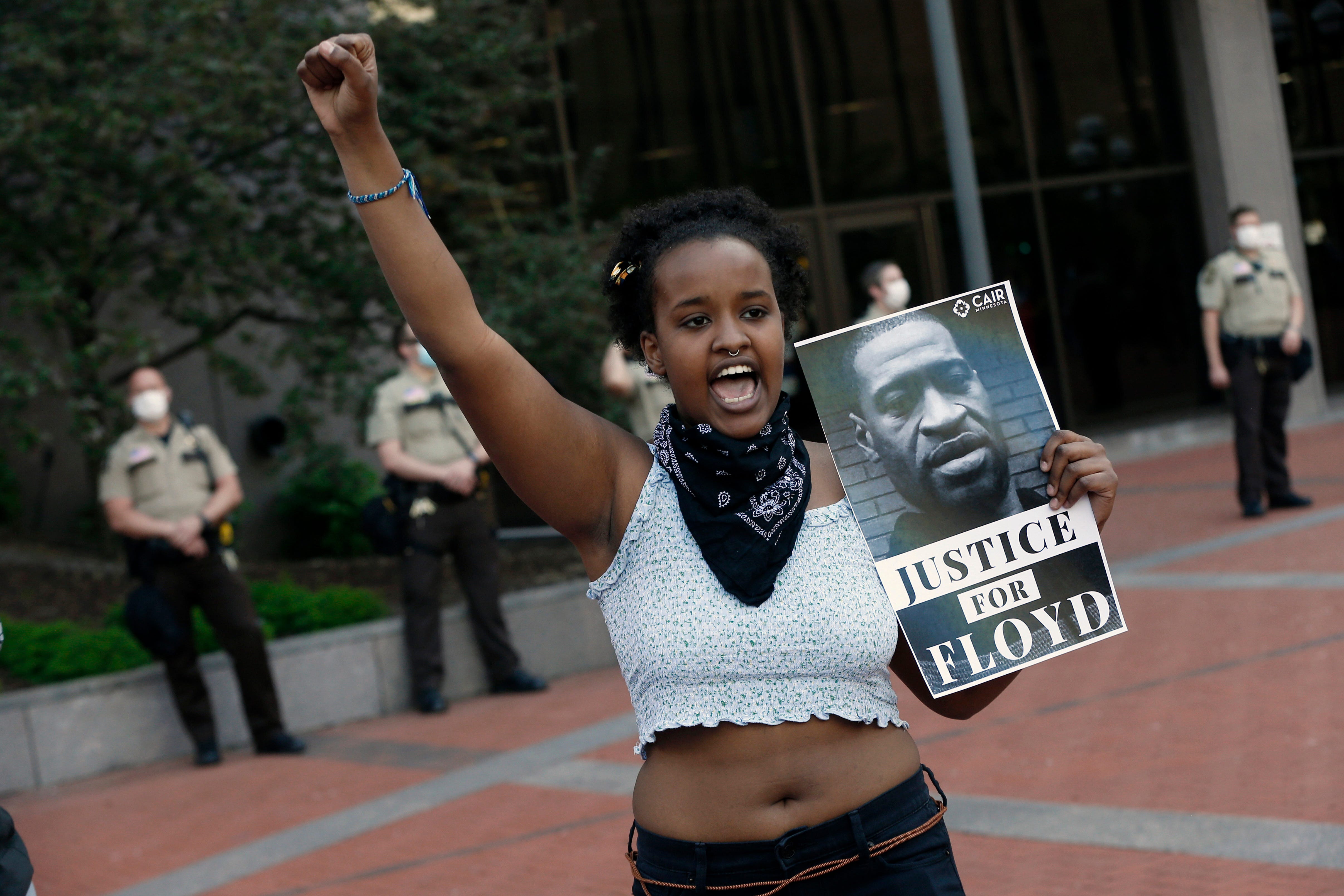 St. Paul, Minn. – Dozens of people gathered in front of the Minnesota governor’s mansion on Saturday to demand accountability for police officers, days before a former Minneapolis officer is scheduled to go on trial in the death of George Floyd.

Many of the roughly 150 people who demonstrated in Minnesota were family members of others who died during police encounters. Similar protests were being organized in cities around the country in advance of the trial of Derek Chauvin.

Floyd, a Black man, died May 25 after Chauvin, who is white, pressed his knee against Floyd’s neck while Floyd was held face-down on the ground in handcuffs, saying he couldn’t breathe. Body-camera video time stamps provided by prosecutors show Chauvin held his position for about nine minutes, even after Floyd stopped moving. Floyd was later pronounced dead at a hospital.

Chauvin is charged with second-degree murder and manslaughter and jury selection in his trial begins Monday.

Saturday’s protest in Minnesota was organized by Families Supporting Families Against Police Violence, a coalition of families who lost loved ones in police confrontations. The Star Tribune reports that speakers said that in light of Floyd’s death, they want other fatal police encounters reopened and examined.