Though myriad questions swirl around Wednesday’s events in Washington, DC, the former head of the CIA is sure of one thing: The intrusion wasn’t a failure of security; it was someone’s political decision.

Sanibel’s Porter Goss, who spent more than a decade in the CIA after graduating from Yale, was also a Republican Congressman from 1989 until 2004, then took the helm of what’s now the Central Intelligence Agency.

During that time, Goss helped engineer the post-911 hardening of internal defenses nationwide as well as in DC. “I was very much involved in the ‘gates, guns and guards’ type of security that we put into the capitol 20 years ago.”

In Congress, Goss co-sponsored the Patriot Act and co-chaired the Joint 9/11 Intelligence Inquiry as well as the House Permanent Select Committee on Intelligence from 1997 to 2004, so he’s intimately familiar with the strength of the forces that guard Congress.

“There is nothing wrong with the Capitol Hill police (or) the procedures, surveillance equipment and electronics that is all around the place. No. Nothing is wrong with that – it’s a question of how you use it, how you employ it, how you apply it. And that part was a failure.”

Which is why Goss was “absolutely amazed” at what unfolded.

Beyond the physical damage and lives lost, he says, “The devastation to our free, democratic, open society by the hyper-politicization of our political elite has got to stop. That really is the principal problem” – not porous entrances or poorly trained personnel.

“The security is very, very good – more than you can imagine,” Goss said. “If you go to Washington, D.C. as a visitor and just try to get on the floor of the Capitol, you probably can’t do it. You’d have to have an escort by a Congressman or a staffer. It is very, very tight, and has been since 911.” 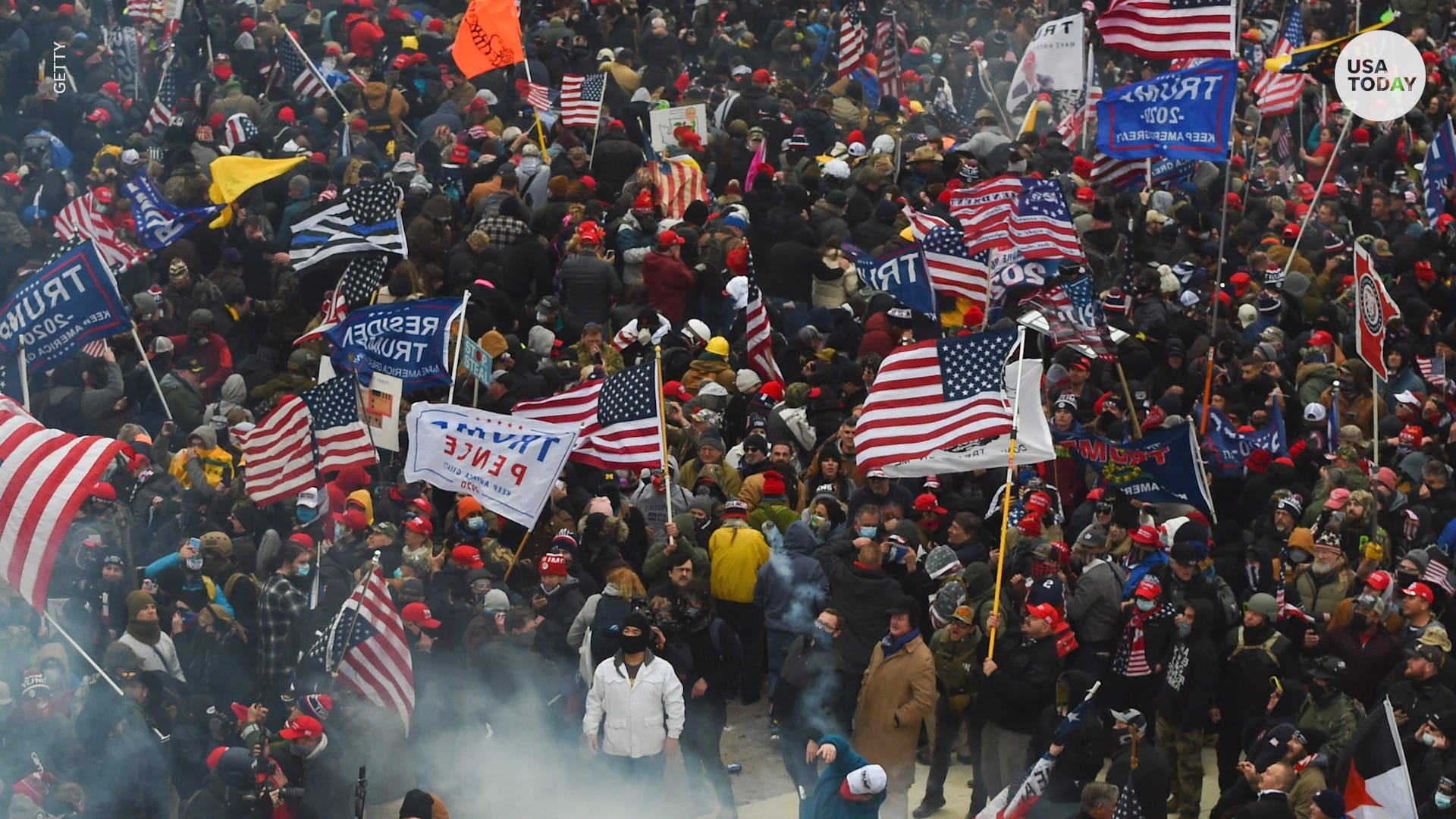 What happened could have easily been stopped, Goss said. “All the capability is there (but) political decisions were made not to stop it.

“And I don’t know why that is … Yes, there are safe places in the Capitol for the members and the staff to retreat to and all that sort of thing, but the concept of having people breach the doorway (to) get in and create mayhem inside the building is to me incomprehensible, given the fact that I know we have the capacity to stop it.”

So who failed? He’s not willing to speculate.

Former Republican Congressman Trey Radel, who represented Naples’ District 19, is similarly shocked. Radel, who was the surprise winner in a packed race to succeed Connie Mack IV in 2012, resigned in 2014 after getting busted buying cocaine from an undercover officer in Washington, DC.

He remembers a thorough orientation with Capitol police and never feared for his safety, even during a lockdown after a shooter had been spotted. “I felt like everything was always under control.”

And yet, “What happened yesterday is inexcusable in every way,” Radel said. “No one should be forgiven for what happened. Capitol police, I believe, unfortunately failed.

“There is no way in hell those men and women should have been able to blow past those barricades and then get to the point of entering the House and Senate chambers.”

He recalls being trained by the Capitol force in security protocols, learning how to escape an attack and how to use the building’s tunnels. “And you also have what is essentially a large box in your office – every member of Congress has it,” he said. Inside is a first aid kit and what’s called an escape hood: a gas mask that protects the wearer against chemical and biological attacks.

Given how thoroughly Radel recalls being prepared and equipped, as well as his experience of the Capitol police, “I am blown away that those protesters were able to get as close as they were to the Capitol building itself. Then to bull past the barricades and to enter chambers is inexcusable. And I hate to say it, but there was undoubtedly a catastrophic security failure.”

“Could we prevent this? I think it’s obvious: We have the ability to put people in outer space. We have the ability to send text message photographs around the world in a millisecond,” said Scott, who retired in 2018 after 14 years as Lee County Sheriff and 30 years on the force. “There’s a lot of things we can prevent … Sadly, people are on both sides of this thing. It’s clear that the country’s split about 50/50. In that scenario, you’re going to have radicals within either group. Yesterday, we saw radicals on that side of the fence do the unthinkable.”

What should have been in place

Like Goss and Radel, he says there’s a set of commonsense security principles that should have been in place.

“Whether it’s the county fair or a car show, a rally at the capital or the Edison Festival of Lights, any time you have expectation of large groups of people, you would think that there already would have been mobilization.”

Yet it’s hard for him to believe there was a conspiracy to allow rioters to run rampant.

“It would be hard for me to believe that President Trump decided to stand down on all security. With so many people involved, that would be like me sayin at the sheriff’s office, ‘Hey listen guys – I know we’re going to have this huge riot tomorrow,” Scott said, “but let’s just don’t do anything about it.’

“Somebody between me and the chain that would have to stand down is going to say, ‘Whoa, whoa – what are you talking about?’” he said. “That would be like the fire chief saying, ‘Well, let’s just let the house burn to the ground.’ Someone is going to say we can’t allow that to happen.”

So what does he think happened instead? Scott said, “I just don’t know.”

Tsunami at Lake Tahoe? Researcher Says it Could Happen Again