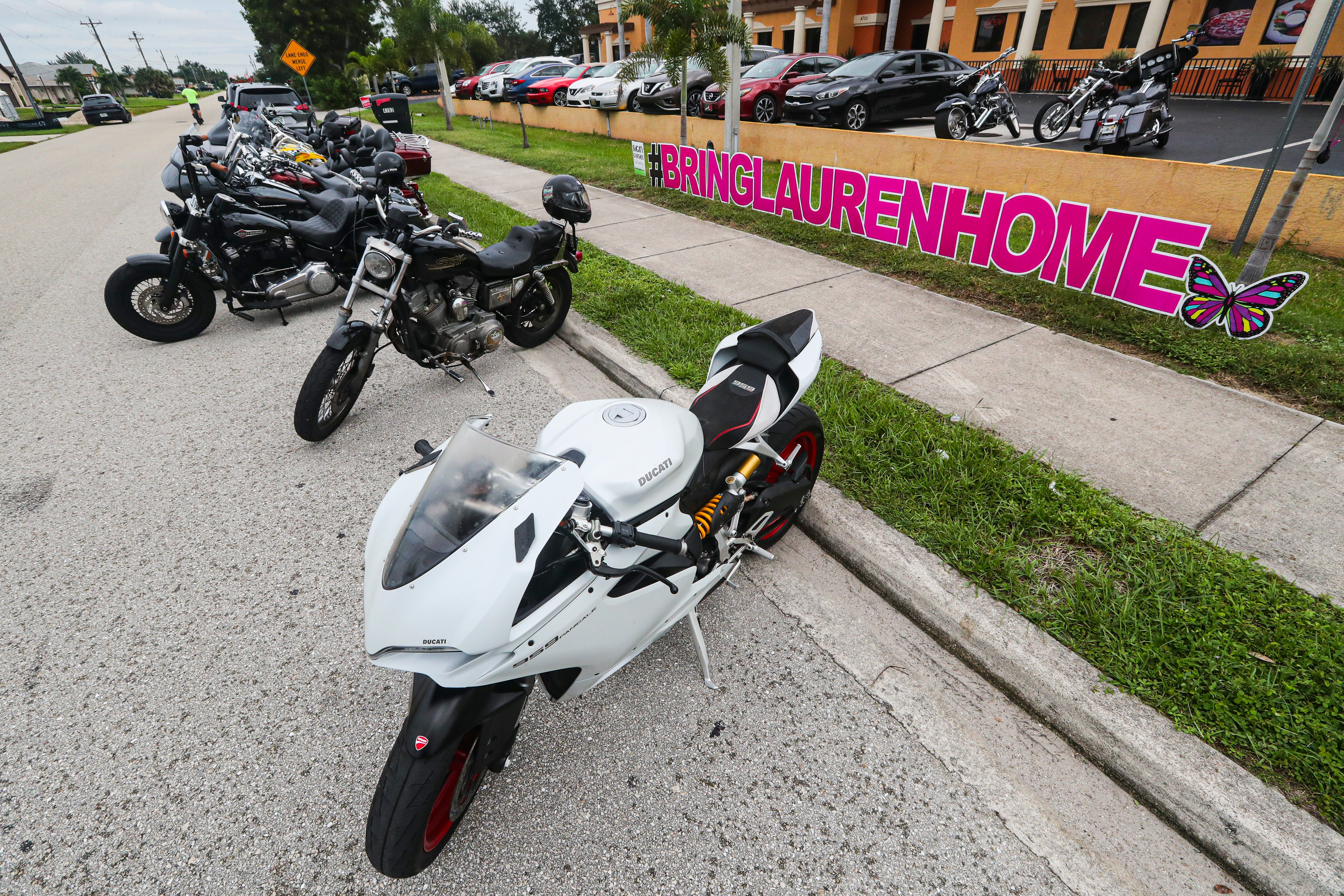 ‘She was just a very loving, caring and giving individual.’ Lauren Dumolo’s family is thankful for the help

Lauren Dumolo’s family said they are thankful for the help they have received and thankful for those who got together Saturday, Oct. 3, 2020 in Cape Coral to support the Dumolo family.

Almost five months ago a Cape Coral woman seemed to have disappeared. Her cellphone left at her apartment and her purse found in a park she often went to meditate are the last clues Lauren Dumolo left behind for her family.

For the past 139 days, Cape Coral Police Department has been in charge of locating Dumolo and finding out what happened to her, but hasn’t reported any advances.

After pleas from the family to bring in outside agencies, such as Lee County Sheriff’s Office and the FBI, to help, Paul Dumolo, Lauren Dumolo’s father, is hiring a private investigator.

On Oct. 3, a fundraiser at Big 10 Tavern, in Cape Coral, raised reward money for information provided in locating Lauren Dumolo.

The event raised $6,100, but after Paul Dumolo discussed it with the organizers of the “We Ride For Lauren” event, they took $4,500 to hire a private investigator.

“I can’t thank the community enough,” Paul Dumolo said. Stating that the event was fantastic and he never expected so many people to come out and support his daughter.

The reward money for any information leading to the location of Lauren Dumolo now sits at about $9,000 after $1,000 of the event’s proceeds was added with the remaining $600 going to miscellaneous expenses. Lauren, 30, is a single mother and last known seen by her live-in boyfriend. She worked as a fast-food worker.

“(CCPD) can’t find anything out for what ever reason,” he said.

With a private investigator, he hopes they will get somewhere.

Kontinos has a total of 27 years working in law enforcement:  17 at Lee County Sheriff’s Office and as a private investigator for 15 years.

He suggested the family wait until the official investigation slows or is inactive.

Private investigators don’t have additional resources than law enforcement and they don’t have access to some resources that police do, such as FBI data bases, forensics and cellphone records, Kontinos said.

Private investigators can pick up where law enforcement left off. Having access to the police records and reports, so that they are not doubling up on work and costing the family extra money.

Those reports can only become public once the law enforcement agency deems the case inactive.

Kontinos said families can easily spend $10,000 to $30,000 on a private investigator and not get any further than law enforcement did.

Advantages private investigators have are the ability to focus on one case at a time and the ability to speak with people who are uncomfortable with authority figures.

Also, a fresh set of eyes looking at a case is always beneficial, he said. Whether that be within law enforcement or a private investigator, they could come up with new leads that weren’t looked at before.

Kontinos’ suggestion to the Dumolo family is to keep contacting CCPD and ask what they are actively doing on the case, even if they have to call everyday.

“The squeaky wheel gets the oil, it is going to take persistence from the family,” Kontinos said.

If Kontinos was asked today to take on Lauren Dumolo’s case, he said his first thoughts would be “I want to see what CCPD has done, I want the records,” so he could more efficient.

As of Thursday, CCPD did not respond to an inquiry by The News-Press for this article.

The family continues to suffer loss.

On Oct. 15, Lauren Dumolo’s mother, Laura Decker, died after contacting COVID-19 in the hospital, according to a GoFundMe page started for funeral coasts.

Decker had been found unresponsive in her home, was rushed to the hospital and diagnosed with kidney failure, a UTI infection, sepsis and pneumonia, the page states.

Though the family has been experiencing grief on many angles, they have not given up on the search for Lauren Dumolo.

“I am not giving up on looking for my daughter,” Paul Dumolo said.

Over the past five months Paul Dumolo has been traveling between his home in California and Cape Coral. He expects to return to Cape Coral this month.

Danielle Langevin, one of the organizers for “We Ride For Lauren,” said she was grateful for the community support of their event and for Big 10 Tavern allowing them to host it.

“It allowed for us to continue to keep her name in the community and raise money to help with search efforts and increase reward,” Langevin said.

In December, they will have another event “Lauren’s Way Home,” where they will meet at Freedom Park to tie pink ribbons around trees in the park and trees around her home, Langevin said.

“We are not giving up until justice is served,” Langevin said.

On June 19, Lauren Dumolo was reported missing. Her phone was left in her apartment and her purse was later found at Four Freedoms Park, 4818 Tarpon Court, a place she frequently went to meditate.

CCPD have been investigating since she disappeared, but they have no new updates.