On Monday evening, May 10, I bought gas as usual at Sam’s Club in Naples. I bought it because I needed it.

The lines were about the same as they normally are at Sam’s that time of day, and I paid less than $3 a gallon for premium — not as low as we got used to during the pandemic, but nevertheless a reasonable price.

But by Tuesday evening, lines were long. And by Wednesday, some stations — including both the RaceTrac and 7-Eleven stations along Alico Road in Fort Myers — were forced to hang “Out of Gas” signs on their pumps until more gas arrived.

Why? Why did stations run out of gas? And why were lines so long by Wednesday?

You might think it was because of the cyberhacking of the Colonial Pipeline by a Russian group called Darkside. You might think Darkside’s disruption of the pipeline cut off oil and gas supplies to Florida, and that the supply disruption is why you saw long lines and stock-outs at local stations.

But here’s one remarkable lesson from introductory economics: If you expect a shortage, you will get one — regardless of what is happening with the supply chain.

How does expecting a shortage create a shortage? Panic buying. 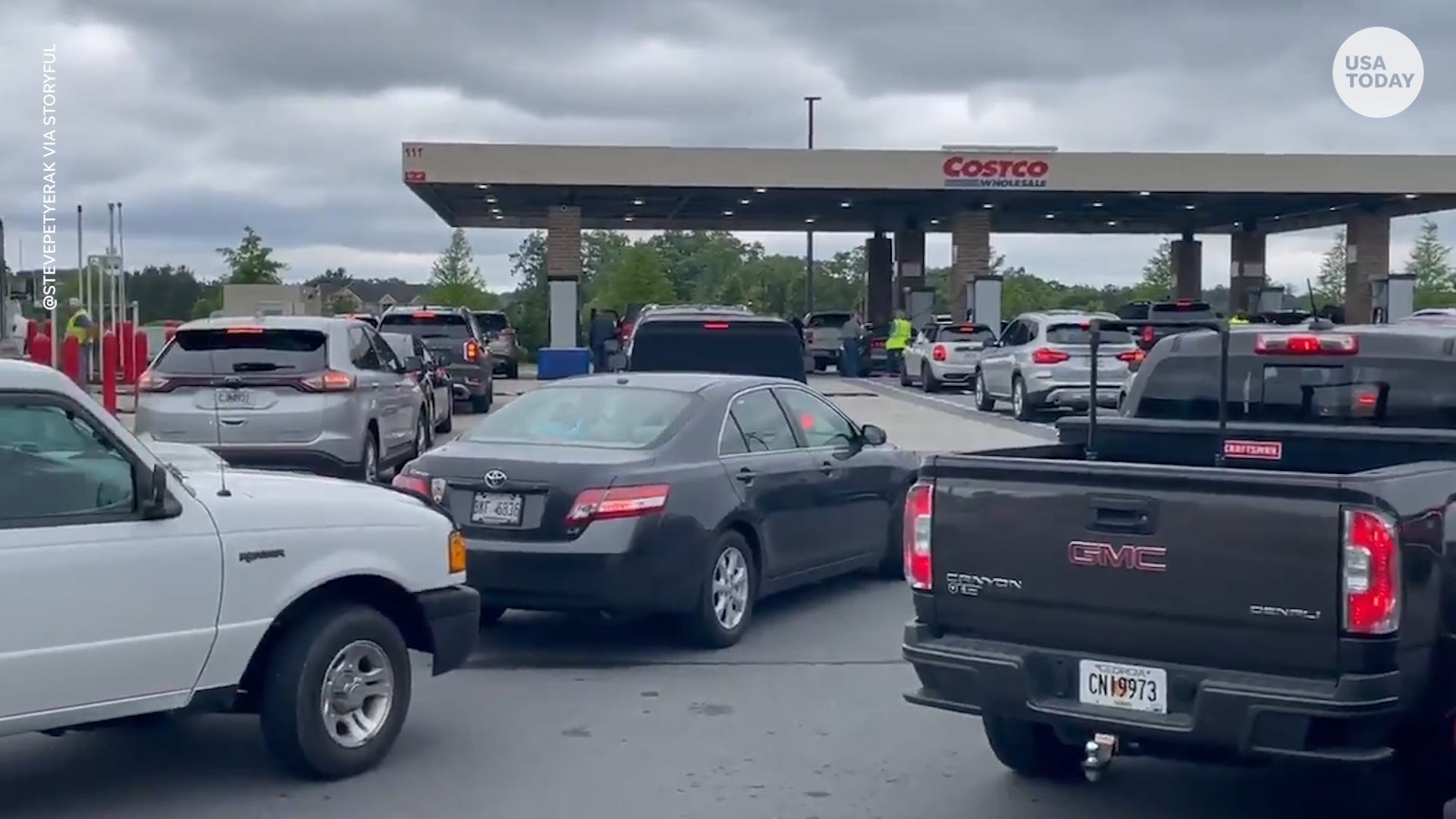 The USCPSC warned people not to pump gas into inappropriate containers after video emerges of a driver filling up water bottles.

When people expect a shortage of something like gasoline, it creates a shortage because people panic and run out and buy every ounce of gas they can hold — filling up both their tanks and their portable gas cans. Local news outlets reported that panicked buyers were even putting gas into non-approved containers, like empty water bottles.

Based on such hoarding, one would think that the cyberhack really had disrupted oil and gas supplies to Southwest Florida.

So the only reason we experienced a “shortage” of gas this week is this: People expected a shortage, and their panic-driven buying gave them what they expected. The only people responsible for the shortage were gas-hoarding motorists themselves, not Russian cyberhackers.

Gov. Ron DeSantis’ state of emergency declaration likely didn’t help. On Tuesday he wrote, “The sudden and unexpected closure of Colonial Pipeline and the attending disruption of fuel supplies poses a severe threat to the state of Florida and requires that immediate measures be taken to protect and to facilitate the continued delivery of such fuel products to this State …”

No wonder that between Monday and Tuesday night Southwest Floridians panicked. After all, the governor told us to be worried, rather than to act responsibly and buy only gas we need.

So one lesson from March 2020 we all seem to have missed is that expectations of shortages create them — whether for toilet paper, sanitizer or gasoline.

Compounding this effect is the price controls that emergency declarations bring. Once a state of emergency is declared, retailers can’t legally do the one obvious thing that would discourage reckless, self-centered hoarding: raise the price. In fact, price controls promote bad behavior. When people aren’t asked to pay the new market price in a panic, they hoard.

Let’s hope our leaders learn the lesson now they should have learned in March 2020: Keep calm, and let prices move naturally to discourage bad behavior — rather than keeping them artificially low. To do otherwise is to deny the laws of supply and demand. And just like the law of gravity, you ignore those laws at your peril.

Victor V. Claar is a professor of economics at Florida Gulf Coast University, where he holds the BB&T Distinguished Professorship in Free Enterprise in the Lutgert College of Business. He serves on the Research Advisory Board of the James Madison Institute.