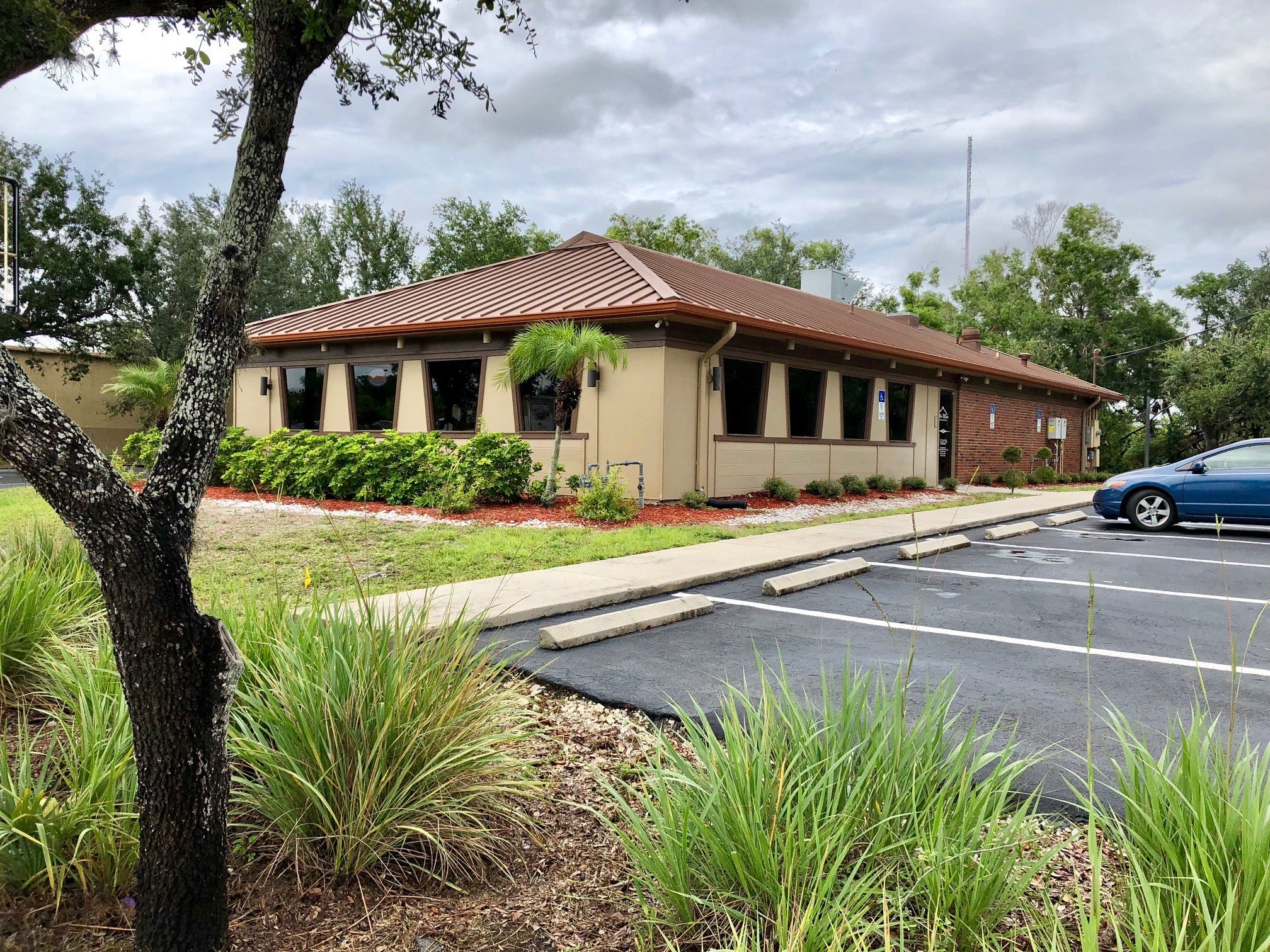 In The Know: No more red roof Pizza Huts

In The Know: No more red roof Pizza Huts

In recent months, the iconic red-roofed Pizza Hut restaurants have been going dark in Lee County. Some of them even have had their roofs painted over, dark gray or black or other colors besides red.

Although Pizza Hut still exists, with nine Lee County locations still open, all of those are found in strip malls or Publix-anchored shopping centers.

The changes had me feeling nostalgia for the late 1980s, when at age 16, I had my first job, busing tables, washing dishes and making pizzas at a red-roofed Pizza Hut in Pagosa Springs, Colorado.

I looked via Google Maps and saw that iconic “hut” roof is still there, but it has been painted brown and now serves as home to a retail outlet selling ski and outdoor clothing and equipment.

You won’t find a ski shop coming to the former Pizza Hut standalone locations in Lee County, but you may or may not be seeing restaurants there either.

The one at 11498 S. Cleveland Ave. in Fort Myers, just south of Page Field and on the west side of U.S. 41 at the north corner of Oak Drive, shuttered earlier this year.

Abraham Cherem, owner of One Real Estate Partners near Fort Lauderdale, bought it. For the next two years, NPC International, which owns about one-sixth of Pizza Hut franchises, will continue paying him even after the restaurant closed, honoring its lease agreement.

In the meantime, Cherem said he would court new tenants.

“We bought it a year ago knowing it was going to go ghost,” Cherem said. “We like the corner. We like the location. It was a big Pizza Hut with a salad bar and seating. But we want to repurpose it.

“They renewed their contract with us. So they have two more years with us. We would like to see a really, nice commercial place there. We look forward to making a nice property there. We may tear it down and put something else there. It all depends on the tenant and what we decide. This will be decided two years from now. It’s difficult to know right now.”

Jim Schiebler of Marcus & Millichap brokered that deal, representing the buyer and the seller.

“It’s interesting, right?” Schiebler said. “Pizza Hut, you’ll see them being repurposed. They’ll be converted to other restaurants. But they still have the shape of that original roof.”

With the one near Page Field, the buyer and the seller each got what they wanted.

“The buyer is a younger generation, high-risk tolerance. He looked forward to them leaving, because then he could look for a new tenant and increase the rent and increase the value. One person’s problem is another person’s opportunity. It’s one person’s challenge, about where they are in their life. And someone else has an opposite collection of those traits.”

More: In the Know: ‘Man behind the curtain’ sells chain restaurants for millions

“It was great,” said Taplinger, who lives in Sarasota and owns other commercial properties, including some 7-Elevens, scattered across Florida. “They maintained the building. It was a great, great lease. We had a wonderful rapport with them. They were a great tenant.

“We were very, very clear to tell the buyer that the lease was soon going to open. We didn’t have much confidence that the tenant was going to remain.  We didn’t want to risk a vacancy and hour and a half away. That was why we were selling it.”

Cherem lucked into NPC International renewing the lease for two years, just after he bought the property.

NPC International’s financial struggles – $900 million in debt – are what prompted the shutting of so many of the standalone locations.

In Cape Coral, the one off Del Prado has an asking price of $1.3 million.

“The one in Cape Coral is an upgraded exterior and a much larger property,” Schiebler said. “There are nuances to each deal. It’s a much better location. The growth in Cape Coral, the population is forecast to double by 2040.

“It could be converted to any type of restaurant,” Schiebler said, noting it has a full kitchen and walk-in freezers and refrigerators. “It’s a real nice restaurant inside. Huge parcel. Plenty of parking. Giant traffic count. A lot of people are moving to that area.”

The COVID-19 pandemic has complicated things, though. Casual dining has suffered. Take-out pizza has thrived, which accelerated the demise of more red-roof Pizza Huts while boosting the same franchise’s “grab-and-go,” strip mall locations. It’s a lot cheaper to maintain a 1,200-square-foot strip-mall spot than a 3,000-square-foot standalone property.

“We’re in an economic climate with casual dining really suffering,” Schiebler said. “I think it’ll be a local or regional restaurant who buys that space. Like Pincher’s Crab Shack. Or Stevie Tomato’s or even a Beef O’Brady’s. Or a mom-and-pop, like a one-off tenant.”

It could become something else, but if it does, that likely would mean the end of the iconic roof.

“In many cases, the cost of converting a property like that would be greater than demolishing and rebuilding there,” Schiebler said.

The name and branding will stay the same at 3051 Stringfellow Road, which sits on 0.7 acres along the Monroe Canal.

The new owners, Phelan Foods, intend to reopen the restaurant by the end of the year. The same company also owns Pincher’s Crab Shack, Texas Tony’s and Deep Lagoon.

“This was a unique transaction in that it was a significant hospitality sale in the middle of a pandemic, but the seller did a fantastic job at making the product something special,” said Frank Kupiec, a broker with LandQwest. “The buyer saw upside and had both the operational experience and financial strength to take it to the next level. It was a perfect marriage of goals that aligned the buyer and seller.”

Goodwill has planned a new, 20,000-square-foot store in the Planet Fitness neighborhood center at 11601-611 Bonita Beach Road in Bonita Springs.

That shopping center is getting a new façade, parking lot and landscaping later this year.

Planet Fitness is slated to open soon, with Goodwill opening spring of 2021 in what used to be an Albertson’s grocery store.

It’s 28,000 square feet and will house the national company’s administration. The company develops and operates luxury senior living communities across the country. The company claims to be the 14th-largest senior living operator in the world and has more than 10,000 homes for seniors.

The Reef at Winkler, a four-story, 160-unit apartment complex on the northeast corner of Winkler Avenue and Schoolhouse Road, is opening in Fort Myers.

Technology is the theme for this location, as the community collaborated with amazon for “unique and personal automation experiences” for residents, the company said.