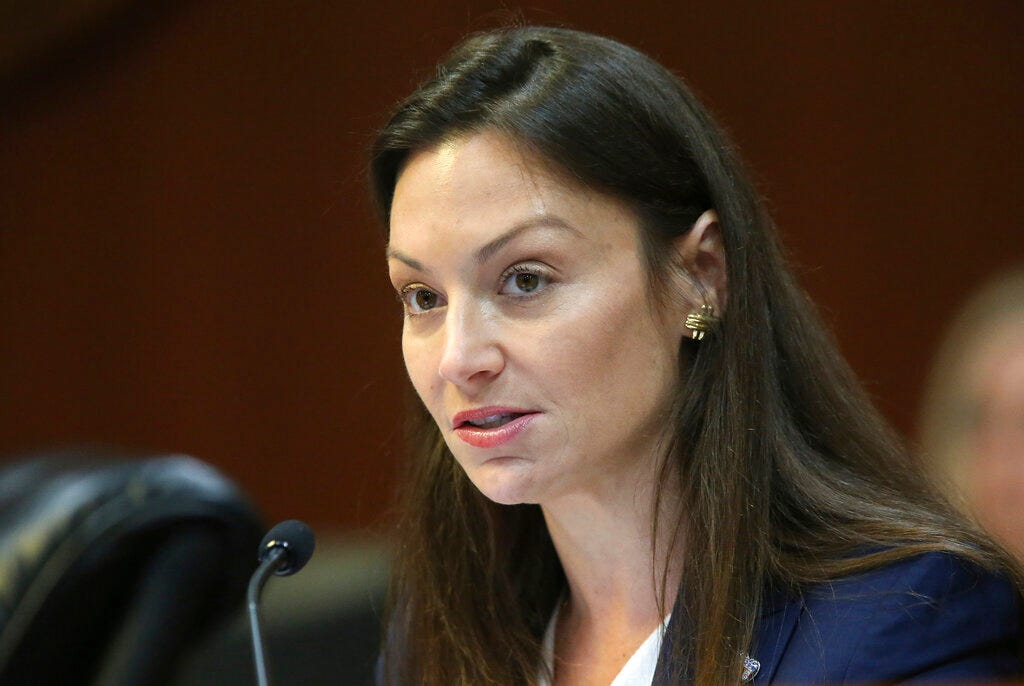 Tallahassee, Fla. – In life, the conservative radio broadcaster Rush Limbaugh was a divisive figure, who proudly waved the flag of conservatism and wallowed in the controversies he helped ignite. In death, those controversies follow him as partisans in his home state of Florida debate over whether to lower the state flag in his honor.

Gov. Ron DeSantis called Limbaugh a “legend” and ordered flags to be flown at half-staff as a show of respect after the longtime broadcaster died Wednesday of cancer.

But Democrats, who have long been on the receiving end of Limbaugh’s harangues, objected.

Nikki Fried, Florida’s Agriculture Commissioner and the only statewide Democratic officeholder and who is considering a bid for governor, said Monday that she would not abide by the Republican governor’s orders.

“Lowering to half-staff the flag of the United States of America is a sacred honor that pays respect to fallen heroes and patriots,” she said in a statement, in which she said she would notify all state officer under her purview to disregard the governor’s order.

“We will not celebrate hate speech, bigotry, and division,” she said. “Lowering the flag should always reflect unity, not division, and raising our standards, not lowering them. Our flags will remain flying high to celebrate the American values of diversity, inclusion, and respect for all.”

“When there’s things of this magnitude, once the date of interment for Rush is announced, we’re going to be lowering the flags to half-staff,” DeSantis said at a Friday news conference in Palm Beach County.

A year ago, President Donald Trump awarded Limbaugh the Presidential Medal of Freedom, the nation’s highest civilian honor, during his final State of the Union address.

The day before, Limbaugh had announced that he was battling advanced lung cancer.

Limbaugh had for decades championed conservativism – often stridently at the expense of liberals and Democrats.