“This is not a housing boom as many people suggest,” said Broker Spencer Haynes, vice president of business development for John R. Wood Properties. “I consider it a market correction, as our area has simply been undervalued until now, and it is finally experiencing its due appreciation.”

This correction sure has been a doozy. Single-family median punched in at $530,000 in February, up from $425,000 a year ago, according to new numbers out this past week by the Naples Area Board of Realtors.

Yep. And with apologies to the late magnificent Harlem Globetrotter Marques Haynes, he’s Spencer Haynes and he’ll show you how.

He compares what’s been happening locally in recent times to “many desirable locations like California and Atlanta” where “high-buyer demand, low inventory and rising prices have been a reality for years.”

“Unlike 2005-2006, (local) activity is not a result of manufactured wealth. Sales today are done with real money, which is why home values in our area are finally increasing,” said Haynes, noting a boost from one trend that solidified during the pandemic. “It’s now possible to work from anywhere in the world.”

With temperatures still hitting the 20s in Indianapolis, Boston, Cincinnati, Louisville, Knoxville and other climes as Easter approaches and Major League Baseball kicks off its regular season this week, you might understand why cybercommuters are abandoning their windshield ice scrapers and choosing our region.

“Our market today is based on equity – not speculative lending like we saw in 2005 leading up to the housing market bubble,” said Broker Jeff Jones of Keller Williams Naples.

In the Know: After another torrid month of home sales, will higher insurance douse SWFL market’s fire?

And: Will your address get higher flood insurance rates? Plus Margaritaville, Sunseeker updates

Bags and bags of money

And even though we’ve been experiencing unbelievably teeny interest rates, it’s all about the Benjamins baby.

Cash accounted for 57.9% of all closed deals in February as consumers compete for rapidly dwindling residential options, based on NABOR data.

Inventory fell 68.8% in February to 2,224 homes from 7,127 homes a year ago, just before the pandemic became official. Single-family sits at 1,031, down 71% from 3,559. Lee County has a similar depletion: 67.8% decrease for single-family homes and 62% for townhouses and condos, according to the Royal Palm Coast Realtor Association.

So what’s the strategy to land the decidedly desired domicile? Rock group AC/DC and its Southwest Florida frontman Brian Johnson had the right idea: “Come on, come on, listen to the moneytalk.”

And with multiple bids now in play, it talks louder than a frenzied Thunderstruck Angus Young guitar solo. “Many buyers are purchasing homes with cash as it provides leverage during the sale,” said Wes Kunkle, president and managing broker at Kunkle International Realty.

A sizeable portion of the Naples population — certainly not all — can avoid the loan officer and afford it along a shoreline with some of the richest residents on the continent. Fresh mortgage debt data on 2,500 communities released this past week shows Naples ranking eight on the list of “least overleveraged cities,” according to WalletHub finance specialists.

Most of Southwest Florida’s measured towns were largely in the middle of the pack except for Bonita Springs, which landed in the lowest 25% or so, just ahead of Denver. In the best shape is Bronxville, NY, in Westchester County. At the bottom: Willis, Texas, north of Houston.

The greenbacks are even raining in the priciest Naples Beach area, which NABOR characterizes as 34102, 34103 and 34108, a lot of it wedged between Tamiami Trail and the sand. The average closed price there soared almost $1 million in just one year to $3.3 million.

And: SWFL house-buying numbers keep climbing in latest data, but will a vaccine kill the frenzy, along with COVID-19?

As an example for those zip codes, a Thursday check on Zillow showed that on average, a home of at least $5 million was sold daily in the week prior. Of the seven above that threshold, the median was $6.75 million, with an average of $7.77 million.

The most expensive at $11.7 million had just previously been unloaded in July for $9.9 million and $4.5 million in 2019, according to county appraiser records. None of them were gulf front. Two of them were across the street from each other including an $11.4 million purchase and a third was just 1,000 feet away down Gin Lane in Port Royal.

More: In the Know: Plans for an Elon Musk-inspired 700 mph Hyperloop bullet train for Southwest Florida and an Aldi alert

And: In the Know: What’s Elon Musk up to in Southwest Florida, your questions and more on eastern Collier development

From the Suez to Southwest Florida

The supply line challenges I’ve reported on in the past regarding new construction and other industries also has resulted in some buyers settling for existing homes instead of waiting for a new one to go, a few Realtors said.

“Builders are reporting a big shortage in materials for new home construction,” Jones said. “For example, orders for new windows are out 14 months because there’s not enough glass for production. And there’s also a shortage of resin for pipe production and lumber has been scarce, too.”

Developer Dan Creighton has been experiencing the challenges first hand.

“Yeah, absolutely. All the way across the board,” Creighton recently told me. “Probably adding 20 to 30% on the build times.”

The New York Times reported this year that basic materials like aluminum have been in short supply as consumers bought more canned soda and beer to drink at home during the pandemic rather than ordering from fountains at bars and restaurants.

In the Know: Moratorium on some Collier development? And what are you saying?

And now, in a historic first, with a ship the size of the Empire State Building stuck in the 152-year-old Suez Canal, supply line issues are expected to worsen after what has been described as a Mr. Magoo captaining move.

Navigation there was suspended Thursday. The result: The USA TODAY NETWORK reports a $10 billion a day in shipping disruption as the efforts to dislodge the vessel continued into the weekend and hundreds of ships lined up, just treading, like a Monday afternoon on Immokalee Road.

“The fact that you have the most pivotal node in the trading network being blocked is going to have important welfare effects around the world,” said Woan Foong Wong, an economics professor at the University of Oregon.

Oil shipments are now also delayed as part of this misadventure, resulting in a 4% climb in oil prices on just the first day of the crisis. That will result in higher costs on goods as well.

This all also complicates the ongoing shipping container shortage that Clive Daniel Home CEO Daniel Lubner recently told me about that has affected Southwest Florida firms.

“When a container leaves the port, call it the Far East, it can be any of the countries, it doesn’t go to America and back to the point of origin. It’s got to sort of make its way around the world in a succinct pattern. Otherwise, it just wouldn’t be cost effective. You couldn’t afford to just put it back and send the empty container back,” Lubner said. “Literally, a container used to cost $2,000. Now it’s costing $8,000, $10,000.”

The blockage will add to the container shortage caused by rising demand for consumer goods during the pandemic, said Sharat Ganapati, an economics professor at Georgetown University.

“If you get a bump in one place, that is going to percolate through the system,” Ganapati said. “It is going to take awhile to get things un-gummed up.”

The Conservancy of Southwest Florida launched a new public awareness effort Wednesday including half-page ads in the Naples Daily News, television commercials and social media and digital endeavors on naplesnews.com and other platforms.

The theme of the “campaign showcases the ‘New Collier County’ and the threats that are on the horizon – more development, increased traffic, crowded beaches and destruction of wildlife habitats,” Conservancy President and CEO Rob Moher said. “We have never been outright opposed to development. Instead, we have always advocated for smart growth in terms of development location, design and related infrastructure — all of which should be done in a manner that avoids destruction of critical wildlife habitat and other natural resources.”

That was the original thinking with the RLSA, which came about after the state said in 1997 that Collier County wasn’t doing enough to limit urban sprawl and protect wetlands and wildlife, among other facets.

His company and other powerful developers then went up to Tallahassee to convince the governor and the cabinet to intervene. Out of that emerged community meetings with the intent to shape RLSA rules that included a plan to allow development of a compact 16,000-some acres as opposed to the more restrictive zoning the state had originally intended.

But as the County Commission was to vote, a provision was slipped in that instead opened the door to developing an area the combined size of Manhattan and the city of San Francisco — about 45,000 acres.

“The public was not aware that these policies had been added nor had it been informed,” Planning Commission Chairman Edwin Fryer, a real estate lawyer who joined the board in 2017, said as he researched last year.

Along the way, mandates that had been proposed also were eliminated after lobbying by Collier Enterprises as recently as 2020.


More of our coverage:

In proposing its villages under consideration Thursday, Collier Enterprises says it is following what the RLSA and the county dictate, and that they are “fiscally neutral” and don’t burden taxpayers.

The Conservancy and others have presented evidence to the contrary in hearings leading up to Thursday’s 9 a.m. gathering on the third floor of the administration building at 3299 Tamiami Trail E., Naples.

Residents can also view it on the web by going to colliercountyfl.gov and clicking on the Collier TV LIVE button on the left side of the page. To participate in the session as a speaker remotely, search “Planning Commission” on the main Collier page and that will guide you to the page that has the agenda and further links.

Based at the Naples Daily News, Columnist Phil Fernandez (pfernandez@gannett.com) writes In the Know as part of the USA TODAY NETWORK, which supplemented this report. Support Democracy and subscribe to a newspaper. 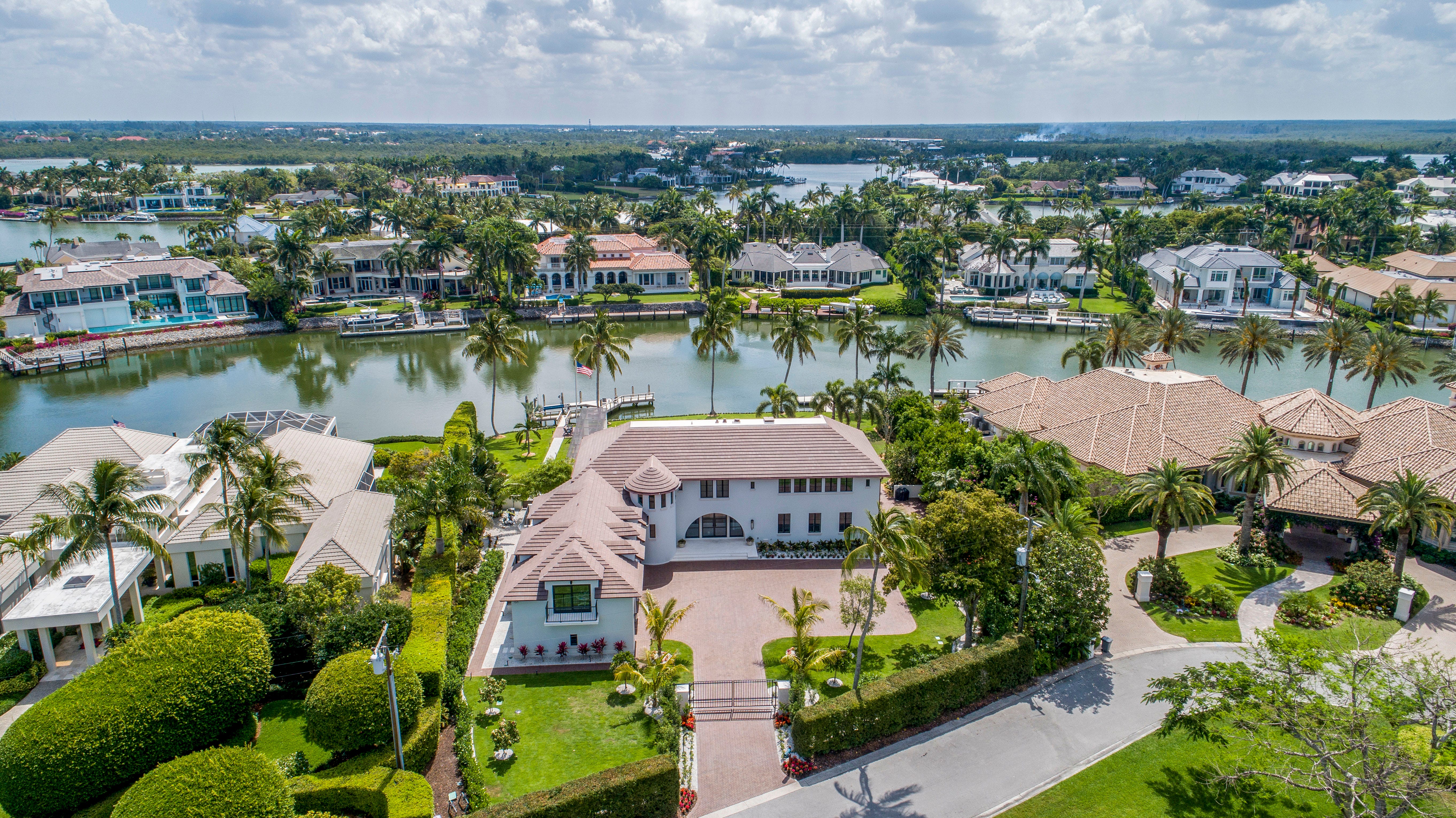