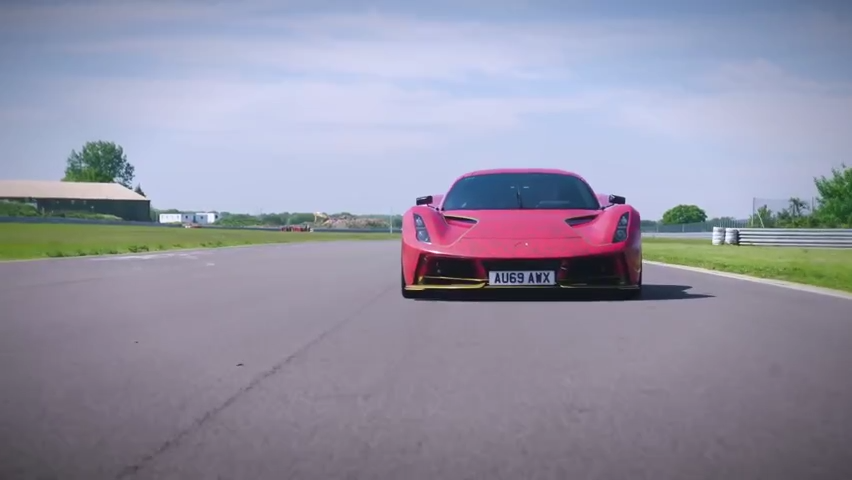 In the Know video: Lotus plans fastest road car ever, and Naples Motorsports, company’s 2020 biggest dealer on earth of its autos, looks to sell it.

Not London or Paris. Not Monaco or Milan. Not even Miami or Malibu.

The dealership selling the most Lotus autos on earth for the British luxury supercar maker can be found here in Southwest Florida. Right in Naples, according to its international headquarters, which this past week held its 2021 global digital conference.

“In 2020, they actually had record sales, partly thanks to their top dealer in the world, Naples Motorsports, headed up by Todd Rosenthal,” said Cory Burns, spokesman for Lotus, which saw a 4.4% increase last year.

A place for your fancy wheels: In the Know: Luxury digs for cars; larger diners coming

Flying high: In the Know: Another airline joins Sun Country in adding flights to SWFL

Construction: In the Know: ‘High-end’ hotel slated for most congested spot in Naples

It can be somewhat traced to the coronavirus-fueled surge in home buying that we’re seeing, especially of luxury mansions in Collier County. If you have a nice new Gulf of Mexico estate off Gordon Drive you acquired for more than a few million, you certainly want and can afford a mighty fine ride to go with it that can go 188 mph.

And for $116,000, you could have picked up a 2021 Essex Blue Lotus Evora GT Coupe Friday at Rosenthal’s chariot palace, just about 1,500 feet away from where your jet’s parked at increasingly busy Naples Airport. Give me five bucks. I’ll walk over and get it for you, with a quick pit stop across the street for a Cuban café shot at Rumba, No. 3 on Tripadvisor’s Naples list of 669 restaurants.

“Lotus of Naples is seeing (more) people coming to the market from other states at a fast rate due to the pandemic,” said Rosenthal, owner of Naples Motorsports, which has been a player for 21 years. “Southwest Florida is a growing market for sure.” 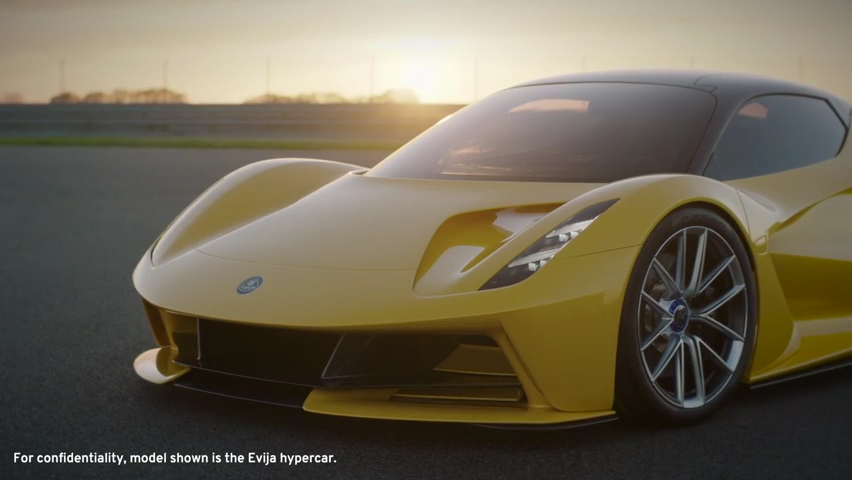 In the Know video: Lotus unveils Emira, its final gas-powered car expected to be sold by its biggest seller, Naples Motorsports

In the Know video: Lotus unveils Emira, its final gas-powered car. Naples Motorsports, the company’s biggest 2020 dealer on earth, looks to sell it.

He’s leaving everyone else in the dust among the 200 dealerships and service centers on the planet including our continent’s 45 or so and the Peninsula’s five in Miami, West Palm Beach, Pompano Beach, Orlando and Jacksonville.

“It sold more Lotus cars last year than all the other Lotus dealers in the state of Florida combined,” Burns said.

Southwest Florida is the only American spot on the 2020 Top 6 international list that was released. The rest: Italy, the U.K. and three in Germany, which as a nation sells the most although North America had the biggest growth at 32%, just ahead of China’s 28%.

And we’re just getting revved up, folks.

Rosenthal’s expanding soon beyond 1250 Airport-Pulling Road as Lotus plans to roll out more models on this side of the Atlantic Ocean.

“You will see significant growth,” he said. “You will see as the Lotus brand builds more momentum with the future products.”

One of those on the horizon revealed at Tuesday’s conference themed “Lotus Driving Tomorrow” has been quietly known by its codename, Type 131.

With its racing roots, the group’s overall goal these days: All electric cars by 2028. SUVs also appear in the works. But none that convert to a submarine like the James Bond iteration in “The Spy Who Loved Me”.

The number it sells worldwide, or locally, for that matter, has been closely held, and the estimates out there vary widely.

“Because Lotus is a niche brand and a high-end manufacturer, we do not release the actual sales numbers,” said Rosenthal, who’s been growing retail year after year by also offering additional sleek machines, such as Alfa Romeo. “I can say the dealership as a whole sold over 680 cars last year alone.”

In my research, industry pub Autoblog seemed to have an overall handle, putting current average annual production numbers at 1,500 and growing to as much as tens of thousands in coming years.

MotorTrend magazine’s Alex Kierstein has put Lotus projections at a more modest 5,000, with Emira truly living up to its name by serving as the leader as the volume sportscar and selling “from the high $60,000 mark to the low $120,000 range.”

Count Rosenthal as a believer in what’s to come from Lotus, and he’s investing. He competes with at least a few of the upcoming, newer and longer term challengers crowding near the Airport and Davis Boulevard hot wheels corner, which includes Porsche, Audi, Mercedes Benz and another we’ll address later in the column.

“We purchased the property just north of us, which is 3.5 acres, and we plan on making a multi-level facility to keep up with our growth,” he said. “The zoning was just approved, so construction will start in about a year and will take about a year and half to complete.” 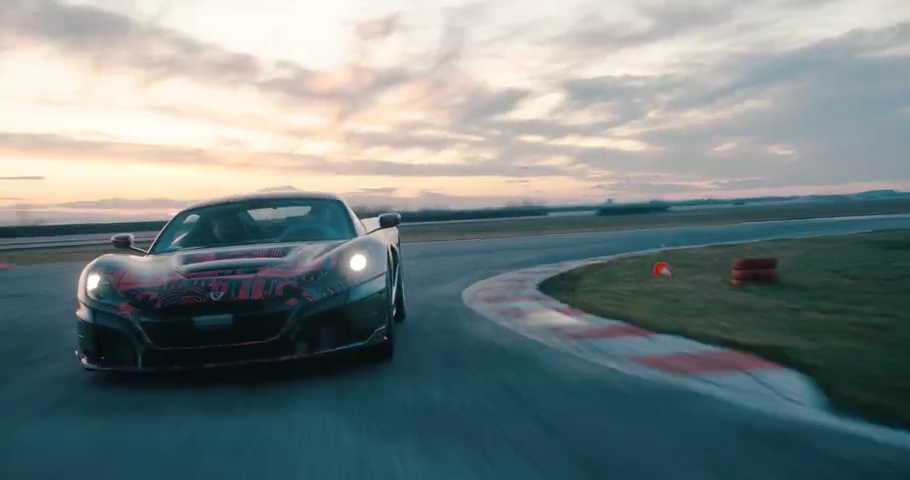 In the Know video: Prototype by Rimac Automobili, which has Naples Motorsports as a top seller

In the Know video: Prototype testing by Croatian car maker Rimac Automobili, which has Naples Motorsports as one of its top sellers on earth.

Other makes offered are also niches that Rosenthal works in, including:

“We have added other lines besides Lotus, but Lotus is our core passion,” Rosenthal said. “Our sales staff is trained and is passionate about the brand. We educate people on the brand.”

“Hi Phil. We’re watching the spot on Davis Boulevard off Airport-Pulling where the former Honda Dealership was being cleared out.  Any idea what’s going in there?”

Thank you so much for the inquiry, Ms. Reed. BMW is setting up shop there. Has been on a timeline to be open by September or so.

As we’ve reported, Germain Motor Co. leaders have been talking for a long time about setting up a satellite BMW operation on this parcel. The goal has been to supplement their North Naples location to serve Marco Island and the southern part of Collier where, as we’ve said in the past, growth has begun accelerating to new levels.

The construction has been the handy work of Naples-based general contractor Waltbillig & Hood.

After selling Hondas from a pair of quarter-century-old structures that have now gone to debris heaven, Germain moved the setup to 11 acres at Pine Ridge and Livingston roads in 2018.

It’s had the main BMW operation parked in two buildings it opened in 2007 on more than 10 acres next to the Riverchase shopping center on Tamiami Trail, just north of Immokalee Road.

Last year before leaving office, then-County Commissioner Diana Fiala talked about some needed road upgrades that tie back to the launch and expansion we first told you about in 2019 of Porsche, 706 feet away from the new BMW venue.

“The new Porsche dealership expanded a bit to the east, abutting Airport Road, which allowed for the county to finally acquire the land and build a right turn lane for southbound traffic on Airport approaching Davis Boulevard to flow more easily,” she said. “The Porsche dealership became a catalyst for other new automotive opportunities such (as) a new BMW dealership.”

Here are some of the BMW building particulars, thanks to my pals at Waltbillig & Hood.

So what cars are in the highest demand in Southwest Florida?

When it comes to new, it was the Genesis GV80 in March, according to Julie Blackley, communications manager for iSeeCars, which she says analyzed 1.5 million transactions to determine the fastest sellers.

You might recognize the name of the sport utility, which has a typical starting cost of about $50,000.

That’s what golfer Tiger Woods was driving Feb. 23 when he had his somewhat mysterious California crash after driving speeds of up to 87 mph. No charges were filed, but Hyundai says sales have taken off nationally, reporting a record 115% year-over-year jump in March.

Based on the latest data, it’s selling at an up to 40% average faster rate locally than the Kia Telluride, No. 2 in the Naples and Fort Myers market.

The rest of the top 5: Honda Ridgeline; Nissan Rogue Sport; and Jeep Wrangler Unlimited, according to Blackley.

As far as used cars?

The Volkswagen Jetta, selling in an average of 16 days. The runner-ups: Volkswagen Passat; Lexus NX 300; Toyota Corolla; and Honda Pilot.

From vroom to ruff: Going to the dogs

With the pandemic spurring pet adoption like it has, it makes sense for businesses trying to draw customers to host events giving folks a chance to bring home a burly or cute little beast.

Hence, the Miromar Mall Mutts program in Estero scheduled for May 6 and the first Thursday of every month.

“We are a dog-friendly shopping destination and are excited to participate,” said Jeff Staner, vice president of Miromar Outlets. “I think we all have a soft spot for animals.”

One of its partners, the Gulf Coast Humane Society and its no-kill shelter had a record 3,023 animals adopted in 2020, although not the same extraordinary pace for 2021. As of Monday, the society had recorded 943 this year.

“Miromar Outlets is such a great place to take a walk in the morning,” Gulf Coast’s Brian Wierima said, especially if you’re a canine getting a few hours away from the shelter. “We’re a nonprofit with zero marketing dollars so Miromar Mall Mutts helps us spread the word with our furry ambassadors. Face-to face works best because people get to see the dog, its demeanor, personality and temperament.”

The program runs from 10 a.m. to noon, and visitors will see the dogs meandering with volunteers around the outdoor mall until about 11 a.m., when they return to the Lee sheriff department’s community outreach center in suite 190.

Founded in 1947, the society serves a five-county region. Miromar is located at exit 123 off I-75 between Naples and Fort Myers.

“Good morning, enjoy your newsletter and look forward to receiving it every Thursday. Your mention of citrus groves in (the) article brought back memories of vacationing in Naples with our young children in the mid-70’s and 80’s. Every year we would take them to pick oranges and grapefruit at “Stoney’s” orchards. Any idea where that was located, and what is there now?


Thank you for reading and for your feedback, Mr. Pera.

It’s becoming a bit unrecognizable out there at times. The Siena Lakes senior living development we’ve written about in the past has been rising on part of the land off Orange Blossom Drive and Airport-Pulling, near where that old yellow barn sat.

Particulars that Erickson Senior Living had provided: A $300 million project on 29 acres at 2521 Orange Blossom of more than 350 independent living units, 35 assisted living beds and 30 skilled nursing and memory care beds. Scheduled to open this summer.

For $12 million in 2016, Erickson bought the site, part of which for four decades had been the home of Stoney’s Barn fruit stand and its U-Pick citrus grove owned by Donald Stoneburner.

A lot of history tied to the Stoneburner family that I’ve written about before if you browse naplesnews.com. One of my favorite stories talks about an adventure with Billy Carter, the former president’s brother.

Want to sign up for Breaking Ground? Here’s how: Go to profile.naplesnews.com/newsletters/breaking-ground/.

You can also go to naplesnews.com and search Breaking Ground, which takes you to the most recent report that has all the links near the bottom.

Based at the Naples Daily News, Columnist Phil Fernandez (pfernandez@gannett.com) writes In the Know as part of the USA TODAY NETWORK. Support Democracy and subscribe to a newspaper. 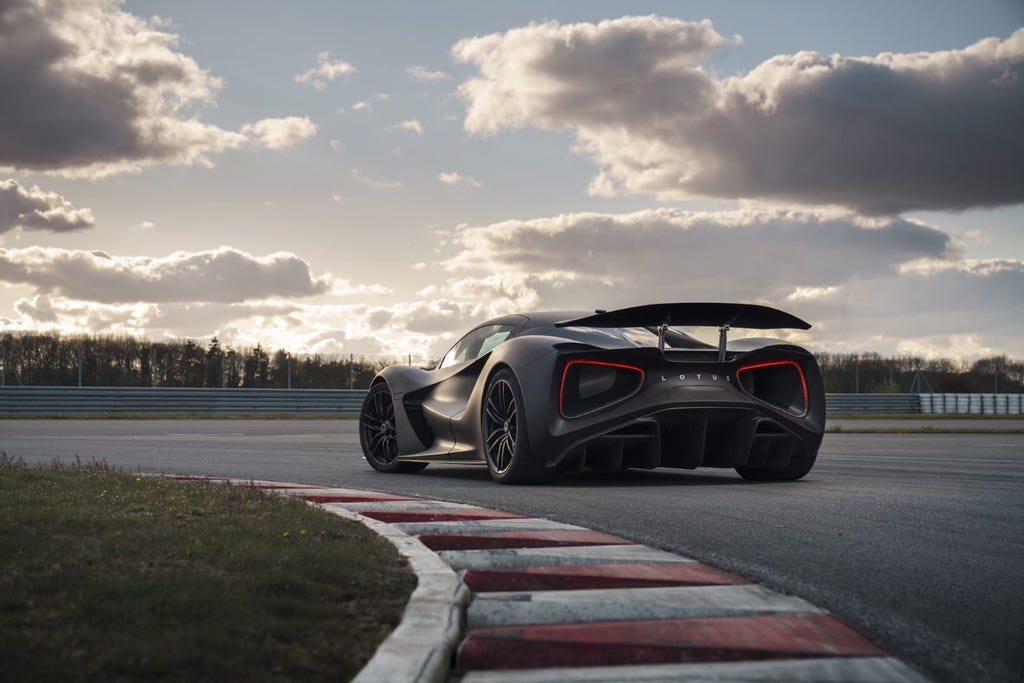