In the Know video: Lotus plans fastest road car ever, and Naples Motorsports, company’s 2020 biggest dealer on earth of its autos, looks to sell it.

Gates for 70 square miles of planned communities in east Collier aren’t going to block endangered Florida panthers, roaming bears or the smoke from the routine nearby controlled burns in the Everglades area.

But as it turns out, they might not even end up keeping out the public they’re intended to prevent from entering.

Depending on how the projects are paid for, outsiders may be able to explore the avenues to potentially see the aforementioned animals and beautiful birds that have forever called those lands home or the partying mammals expected to later converge in newly constructed cul-de-sacs.

Related: In the Know: Fitting Manhattan, Newark, Jersey City and Trenton together in east Collier County

Subscriber exclusive: In the Know: Due to ‘offensive’ math that helps developers, are Collier taxpayers paying too much?

More: In the Know: Groundwork for explosive development that would fill two cities of Fort Lauderdale; and a pair of polar opposites, Ferrari and Ollie’s

And: In the Know: Major week for huge projects, with One Naples, projects in rural lands area as stage is set to develop acreage equal to Washington, D.C.

The issue of citizens’ rights came up during a planning board discussion leading up to Tuesday’s upcoming historic votes by the County Commission on developments in the environmentally sensitive Rural Lands Stewardship Area, also known as the RLSA.

Collier Enterprises hadn’t determined whether non-residents will have access via fresh pavement to its planned massive villages and what remains of the nature within.

In all, the company and other developers can build on 45,000 acres, nearly three times more acreage than what many were told when the RLSA was first created two decades ago after community meetings promoting transparency.

The overall goal is not to let you in, firm representatives said during recent hearings, but they may have to because of state law.

“I don’t think we’ve decided yet how we’re going to fund the roads — (what) will be bond funded or what will be developer funded,” Collier Enterprises attorney Rich Yovanovich said.

Not widely known, including by quite a few participating on the varying sides at the recent gatherings, that choice is central to whether locals can wander in and get a gander of what’s it’s like inside some neighborhoods or maybe a glimpse of the wildlife, human or otherwise.

“I was under the impression from our discussions at these that this was a gated PUD (planned unit development) so only accessible to the residents,” said Planning Commissioner Karl Fry. “Wouldn’t that dictate that these roads would be private?”

“Yes, yes,” said Hole Montes Vice-President Bob Mulhere, responding to Fry as a consultant for the developers. “I don’t know bond funding, but they’re not open to the public.”

But after a little research, indeed streets in neighborhoods developed through what is known as Community Development District bonding are actually public, according to a succinct statement from Southwest Florida’s 97-year-old Henderson Franklin law firm, which composes a legal blog:

“Because the improvements and facilities are financed through the use of proceeds from the sale of tax-exempt bonds – a form of public financing – they must remain open and available to the general public.”

What Can Be Saved? Efforts to restore Everglades

Humans spent more than a century trying to ditch and drain the Florida Everglades. Now, they’re spending billions trying to save what’s left. This is the final installment of the AP 12-week series, “What Can Be Saved?” (Dec. 3)

Collier government has 27 CDDs it has approved, according to public records. Print readers can find those by simply searching Collier CDD on Google.

And for those that did the bonds and have gates, all you have to do is ask to gain entrance.

As an example, Yovanovich used Fiddler’s Creek in the Collier Boulevard and U.S. 41 region.

“They have gates. So they use that to check people’s IDs and other things, but they cannot prohibit you from going and using those roads if you wanted to. So they could be financed through bonds but still have a gate on them,” he said. “Say, ‘let me in.'” 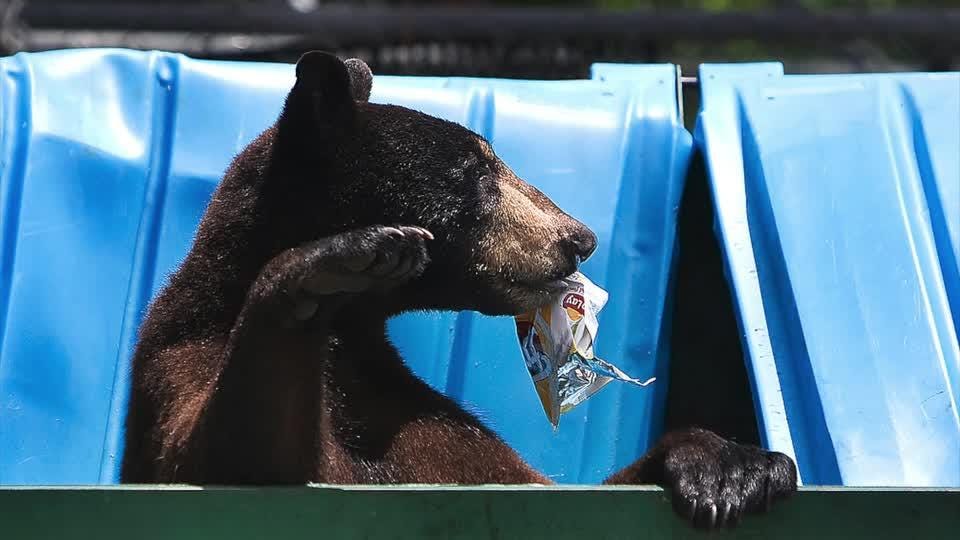 An introduction to the Florida black bear

Florida black bears number more than 4,300 and can be found in preserves, rural lands and neighborhoods.

On the eve of Tuesday’s critical vote, Collier Enterprises has rolled out more promises to the public, as the organization and others have done dating back to those community meetings of two decades ago, but funding questions exist there as well.

For example, it hasn’t figured out the cost structure for more than 8,000 trash cans described as “bear-proof” it announced it wanted its homeowners to have. The county normally provides receptacles, but the additional cost on these would be up to $2 million or more.

And nothing has been decided on how it would work after this initial batch for an area that would eventually have at least 300,000 residents, based on federal data related to the RLSA and the significantly larger acreage than what was envisioned 20 years ago.

As highlighted by Planning Commission Chairman Edwin “Ned'” Fryer and critics in previous meetings, various county mandates that had been in RLSA plans a year ago, including concepts aimed at reducing sprawl, were tossed out after lobbying by Collier Enterprises and other groups.

“It’s important that the developers be required, not encouraged, be required to employ smart growth techniques including the transcendentally important technique of growth paying for itself,” said Fryer, a real estate and corporate lawyer for more than 40 years. “Sprawl equals greater costs. (Unless) these goals are baked into (the) RLSA program, Collier County taxpayers will continue to be saddled with significant costs that should be more properly borne by the developers.”

The Florida Wildlife Federation is among the groups that have heard the complaints but have repeatedly advocated for Collier Enterprises and its efforts.

“Regardless of whether they feel as if they were lied to throughout the initial process, the current RLSA program allows for about 45,000 acres of development. We have to work from where we are, not hold a grudge and demand we work from where they hope we could be,” the federation’s Meredith Budd has told reporters. “We have been working collegially with the landowners to make compromises for the program to best maximize the conservation outcomes for the region. Your column seems to paint the program in a negative light.”

Among other concerns, Budd also took issue during the recent hearings on whether her group has been compromised because of financial benefits, such as donations it has accepted from Collier Enterprises and The Mosaic Company.

“I take umbrage with that,” Budd said. “It is, by no means, accurate. I take the positions that I take here on the RLSA, on the villages because I’m committed to obtaining the best environmental outcome for the region, for the landscape.”

A promotional video circulated in the county building by development interests about the way the RLSA is largely structured right now plays up recognition from 1000 Friends of Florida, a nonprofit, smart-growth advocacy organization.

But the initial 2005 support came before the more recent revelation of last minute changes many had been largely unaware of when the commission voted on what the public thought was the intended community-backed plan.

The switcheroo resulted in a development footprint “much greater than the original 16,805 acres,” according to subsequent studies and reviews by 1000 Friends.

Marjory Stoneman Douglas is a name known nationally because of the school shooting, but she spent her life fighting to save the Everglades.

In all, the RLSA contains “close to 200,000 acres of prime agricultural and pristine natural lands, (and) more than 90% of RLSA land was intended to remain in conversation and agriculture,” the group said in its “Collier County 2070 Project” analysis, which looked at what the future potentially holds as the plan is today. “If built out, only 53% of the land would remain rural, with the balance open for development.”

Many residents speaking at hearings, along with the Conservancy of Southwest Florida, the League of Women Voters, Smart Growth America, 1000 Friends and other national, regional and local organizations say all that has enormous implications in the largest county east of the Mississippi River.

They have a wide range of worries for taxpayers, urban sprawl, water usage and the environment including the state’s official animal, the Florida panther.

And: In the Know: County leaders debate mega developments in eastern Collier as taxpayer, traffic, water, panther concerns are raised

Plus: In the Know: Department of Interior says take a pause on some eastern Collier development; and what’s that smoke?

Smart Growth has put the cost over a 20-year span to taxpayers at $3.8 billion, which has been disputed by the county’s formidable development forces.

“The RLSA could be home to as many as 360,000 people,” 1000 Friends said, nearly double the current Collier population. “The area is highly vulnerable to sprawl and excessive water consumption.”

It said it was hopeful that there can be a return to “the original RLSA intent of protecting the region’s natural lands, waters and wildlife.” 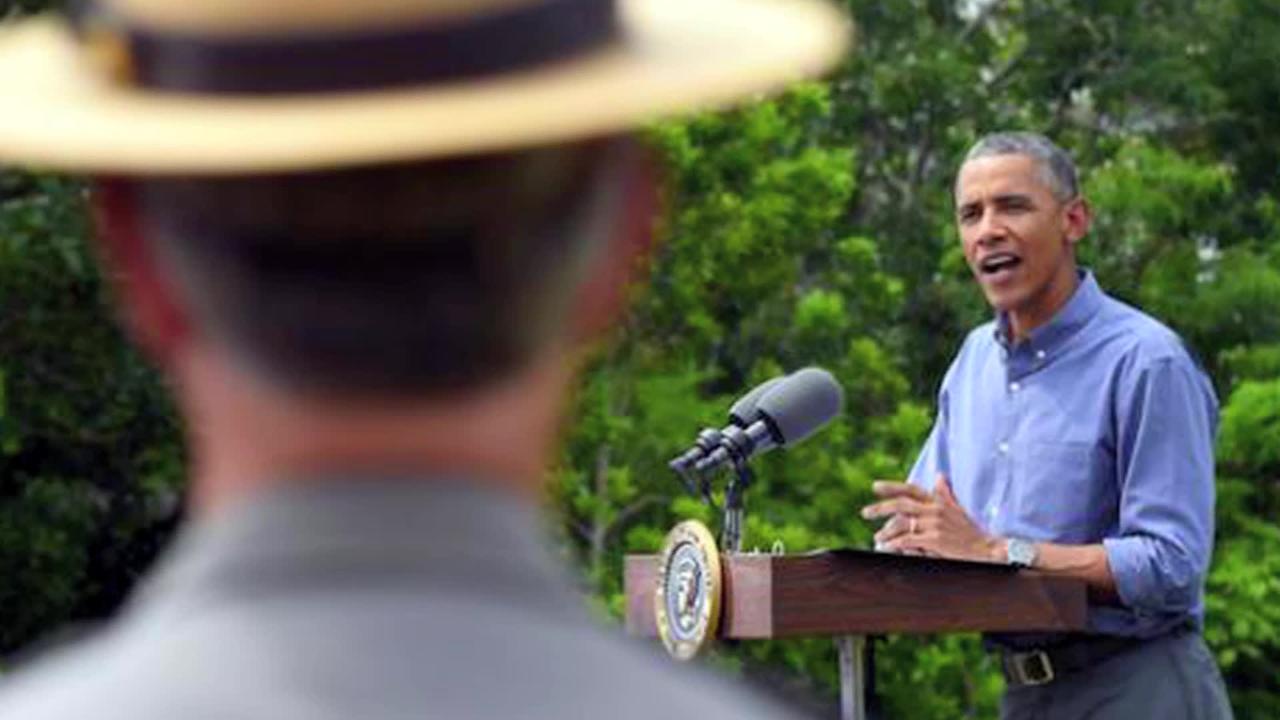 Working with the county on plan updates, Collier Enterprises says it is meeting that goal, for example, with an initial three planned villages, which it said means other lands will be conserved as part of an agreement.

“We are proud to preserve 12,300 acres of high-quality environmental lands in perpetuity, at no cost to taxpayers — representing the balanced approach to growth intended by the RLSA program,” said Patrick Utter, the firm’s senior vice president of real estate.

The County Commission is scheduled to consider at least a couple of RLSA behemoths as part of its Tuesday afternoon session that begins at 1 on the third floor of the administration building at 3299 Tamiami Trail E., Naples. It’s slated to take up some other topics at 9 a.m.

To see the 2,234-page commission agenda that takes awhile to load or the shorter 14-page version and learn how to participate, click the Meetings/Agendas button on the lower right of CollierCountyFl.gov site. The Collier TV LIVE link is on the left side of that homepage for those viewing online. 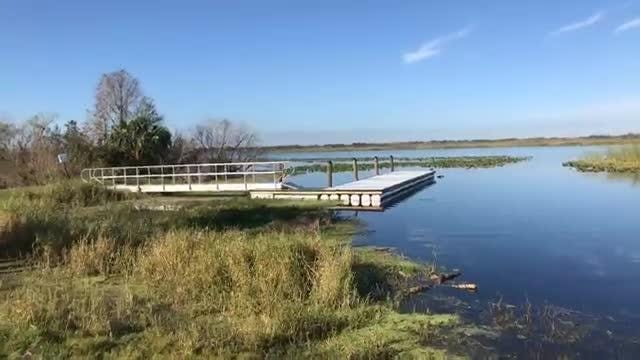 The News-Press reporter Chad Gillis and photographer Andrew West are paddling down the Kissimmee River and chain of lakes in the northern Everglades.

The commission has been on track to then vote June 8 on far-reaching rules for construction and other RLSA details, but an agenda for that has not been posted on the citizens portal web page. An aim is to at least not go beyond the 45,000 acres for development.

However, there are no plans to reconsider what many community members thought was in play and supported in 2002 or what the state was looking at before that, with zoning that could have been up to one unit per 40 acres in places to protect the environment.

Based at the Naples Daily News, Columnist Phil Fernandez (pfernandez@gannett.com) writes In the Know as part of the USA TODAY NETWORK, which supplemented this report. Support Democracy and subscribe to a newspaper.