Tom Izzo describes it as “coach speak.” Others might simply call them clichés.

However you choose to describe it, there’s a clear approach for Michigan State over the final two weeks of the regular season.

“I’ve just tried to say we’re taking it one game at a time,” Izzo said Monday. “But that is what everybody should do. You can’t look ahead right now.”

It’s a simple approach but it’s also hard to argue. If Michigan State was to look at its six remaining games as a whole, daunting it would be. It begins at 7 p.m. on Tuesday with a matchup at home against No. 5 Illinois. Two days later, No. 4 Ohio State comes to the Breslin Center. After a trip to Maryland — which has won four in a row — on Sunday, there’s a home game with Indiana followed by back-to-back games against No. 3 Michigan to close the season.

So, yeah, the focus right now for the Spartans isn’t on how many games it needs to win over the final six.

Where Michigan State (11-9, 5-9 Big Ten) is right now is easier to gauge than where it might end up. The Spartans can’t even say they’re on the NCAA Tournament bubble at this point, at least a few more wins are needed for that.

But after suffering through one of the more frustrating seasons in recent memory, the Spartans finally started to show some life in Saturday’s victory at Indiana. It was far from perfect, but for the better part of one afternoon there was life and energy on the court. Putting the ball in the basket helped, but it was an important step for a team that has been struggling offensively all season.

The Spartans were led by Aaron Henry’s 27 points while Gabe Brown hit four 3-pointers to score 14, Joshua Langford missed only one shot and Rocket Watts looked comfortable running the point. 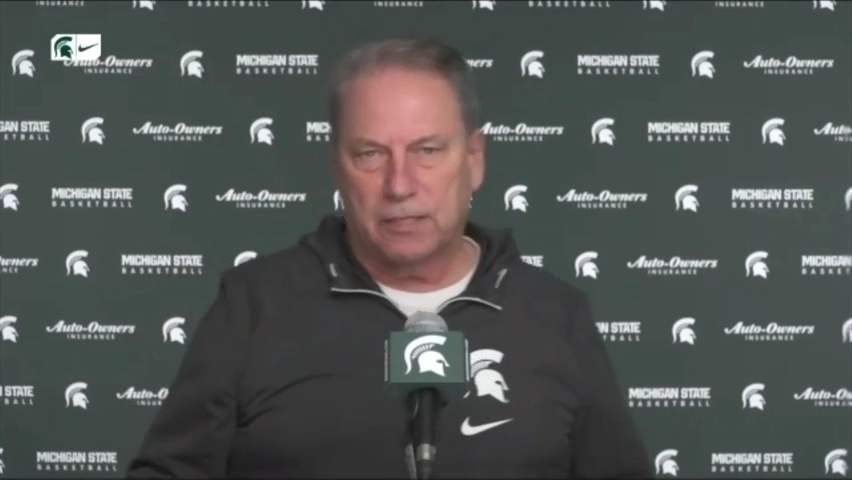 “We won a game and you’re’ at Michigan State, you’re supposed to win games,” Izzo said. “Let’s learn from why we won the game. Were we more connected? Did we move the ball better? Did we play a little better defense? Did Indiana play worse? Let’s look at why we won the game. And when we did, we found a lot of positive things, but making shots was one of them. … When you make shot, a lot of good things happen.”

A lot of good things began to happen in the second half when Michigan State went with a lineup that featured four guards with Henry, Langford, Brown and Watts all playing key roles down the stretch. Whether Izzo continues to use that lineup moving forward depends on a lot of things, namely, what sort of matchup the Spartans will face.

“It’s definitely in our package, I’ll say that,” Izzo admitted.

He’ll also have to figure out a way to deal with the latest imposing big man in the conference as 7-foot, 285-pound Kofi Cockburn is leading the Big Ten in rebounding and sophomore guard Ayo Dosunmu is pushing Iowa’s Luka Garza for player of the year.

The Fighting Illini (16-5, 12-3) have won seven in a row, rank in the top 10 in the nation in both offensive and defensive efficiency and they’ll force plenty of turnovers.

“We’re going to need a big performance out of our best players,” Izzo said, “if this team’s going to really take a step forward.”

And, as Izzo pointed out, they can only do that if they’re not thinking about how many wins it will take to reach the NCAA Tournament. That numbers won’t be achieved on Tuesday, so it won’t be the focus.

It’s what Henry is trying to hammer home to his teammates over the six games in the next 13 days.

“You look at it with the perspective of so many games in so many days, you can lose yourself within it,” Henry said. “You’ve got to win each and every day, even the days we don’t have games, and there aren’t many. But you’ve got to approach as every day trying to get better.” 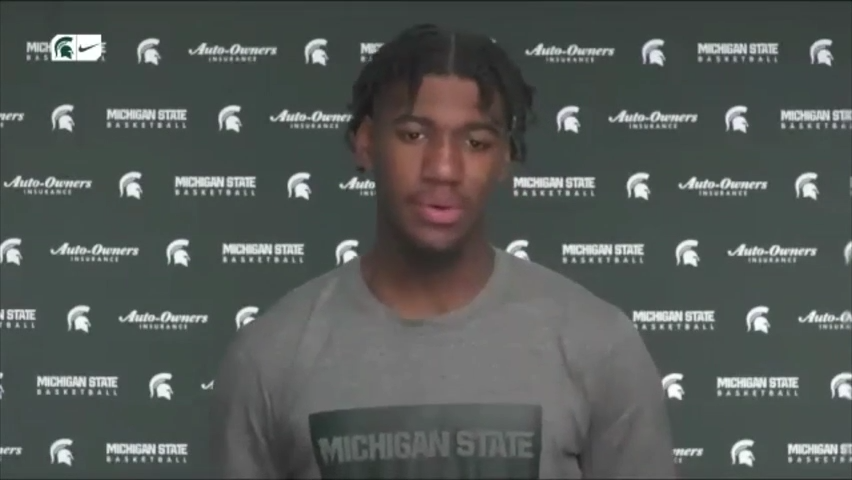 Aaron Henry and Michigan State play three games this week, beginning with Tuesday’s matchup against No. 5 Illinois followed by No. 4 Ohio State on Thursday.

They got better at Indiana, that was easy to see. But the Spartans aren’t about to walk around thinking they’ve solved all their woes.

“(If the ball) goes in the basket, you’re going to feel better about yourself,” Izzo said. “Your defense will get better and that’s when you go and score (52) points in the second half against a pretty good defensive team that had one four to six.

The only thing that’s left for Michigan State is whether it was a sign of a turnaround, or one good day in the middle of too many bad ones.

The next two weeks will help answer that.

Outlook: Illinois has won five straight road games after blowing out Minnesota over the weekend. … Kofi Cockburn ranks second in the NCAA with 15 double-doubles, with 12 coming in Big Ten play. … Ayo Dosunmu is the only player in the NCAA over the last 11 seasons to average at least 20 points, six rebounds and five assists.