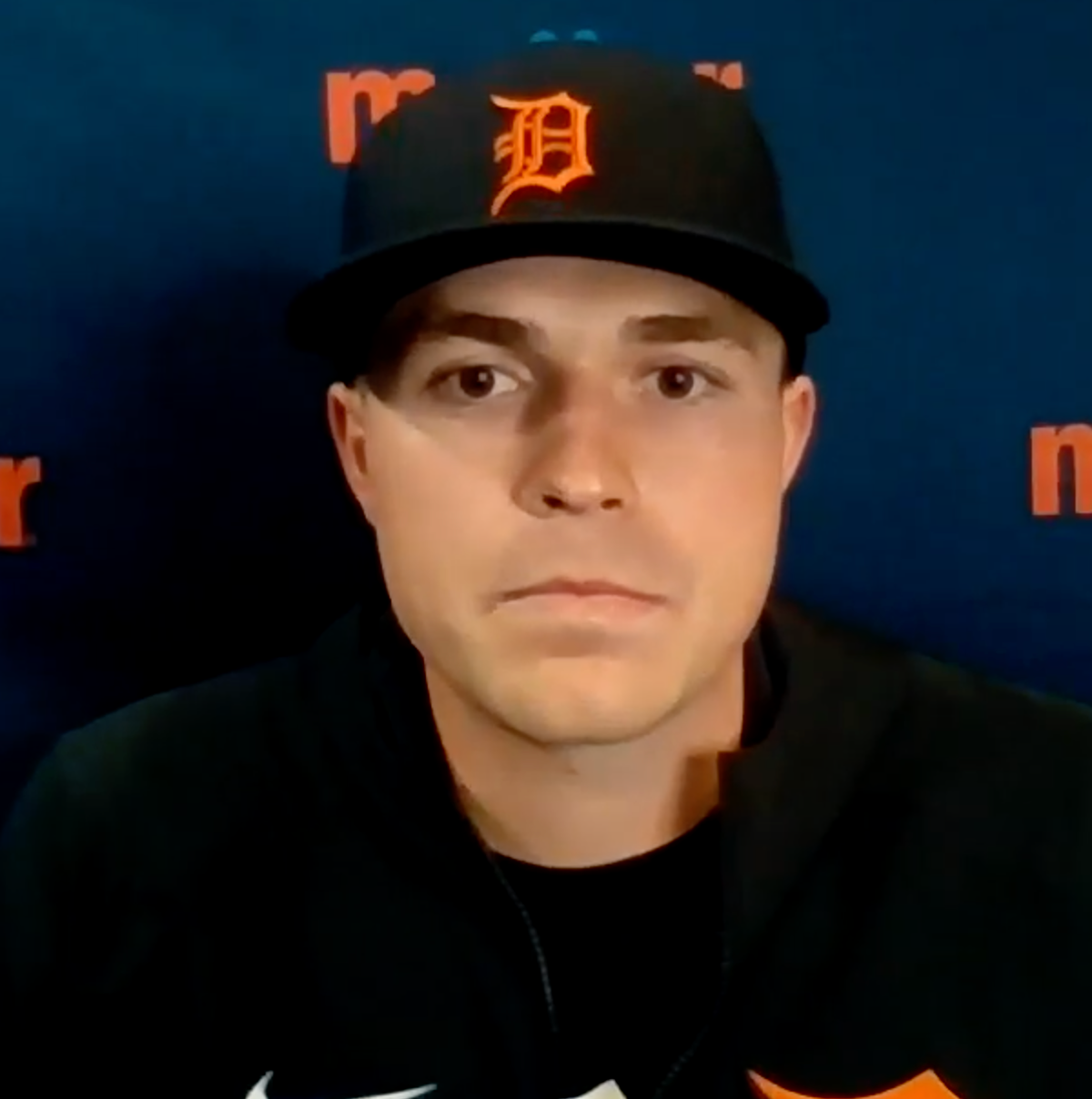 Tigers’ Tarik Skubal on first win in front of family: ‘There was a little extra adrenaline’

Chris McCosky talks with Tarik Skubal, who posted a career-high nine strikeouts in five innings and earned his first win of the season against the Mariners.

Seattle — It was kind of a beer frame night for Tigers rookie Tarik Skubal, facing the Mariners in the series finale after Casey Mize allowed a run in 7.2 innings Monday and Spencer Turnbull threw a no-hitter on Tuesday.

“He doesn’t have to match what Mize and Turnbull did,” manager AJ Hinch said before the game. “If he grabs a little bit of juice from it and it gets him into the game, all the better. But I kind of believe in that competition with each other.

“Mize set the bar pretty high and Turnbull dialed it up even higher. Tarik is going to want to end this trip with a memorable performance in front of family and friends.”

He did just that. With about 50 friends and former teammates and coaches from his days at Seattle University in the stands at T-Mobile Park, Skubal posted a career-high nine strikeouts in five innings and earned his first win of the season as the Tigers finished the sweep with a 6-2 win.

“It was something I wanted to go out and do.”

The Tigers hadn’t won a series in Seattle, let alone post a sweep, since 2015. The last sweep in Seattle came in 2006. The Tigers three starters in this series allowed three runs and seven hits with 25 strikeouts in 21.2 innings.

“It feels good because we are playing winning baseball,” Hinch said. “We’re playing a cleaner brand of baseball. The at-bats have been very good, our game-planning has been very good and our pitching has settled in.

“We’re finding our mojo and it’s been a nice little run.”

The bullpen locked it down, allowing just one hit over the final four innings. Daniel Norris (two strikeouts in a clean sixth), Jose Cisnero (clean seventh) and Michael Fulmer (clutch punch-out of Kyle Seager with two on in the eighth).

Gregory Soto closed it out in nine pitches in the ninth.

But this was the performance the Tigers have been waiting for from Skubal. Besides the nine punch-outs, he got 18 swings and misses on 42 swings (a 43 percent whiff rate).

“I didn’t want to pitch just five innings, I want to go deeper in games,” Skubal said. “But that’s a pitch-count thing. It gave me a ton of confidence watching (Mize and Turnbull) do what they did and then me following suit.”

He spend a few extra minutes post-game talking to his former teammates out behind the bullpen.

“That was really special,” he said. “This is a start that I will remember. I spent a lot of time here and went through a lot here. This place will always have a special place in my heart.”

He was getting ahead of hitters with his four-seam fastball (ranging in velocity from 91-97.8 mph) and keeping them off-balance with his slider and change-up. He got seven swings and misses with both the fastball and slider, four with the change-up.

He finished his night by striking out Mitch Haniger on three pitches (slider, change-up, change-up) and Kyle Lewis (setting him up with fastballs and finishing him with a nasty slider). He was at 90 pitches through five innings, six short of his season-high.

The only mark against him was a two-out, two-run homer by Kyle Seager in the first inning. Skubal, who has been tagged for 12 home runs in 38 innings this year, had gotten ahead 0-2 with three straight sliders. Seager clobbered a center-cut 97-mph fastball.

“There was a little extra adrenaline, a little more energy flowing than normal,” Skubal said. “But after the first inning, it’s the same game.”

Skubal allowed just three more hits before departing. And he won’t have to buy a round of beer for his rotation mates.

They tied the game in the second. Jonathan Schoop worked an eight-pitch walk off Mariners rookie starter Logan Gilbert, and then he scooted to third on a single by Nomar Mazara. Eric Haase brought Schoop home with a single, then he and Mazara tagged and advanced on a long flyout to center by Niko Goodrum.

Mazara scored on a ground out by Wilson Ramos.

They took a lead in the third on a double by Robbie Grossman (two-strike hit) and a two-out single by Mazara.

They parlayed a walk and a hit batsmen into two more runs in the fourth — the runs delivered by a Harold Castro single.

Castro produced his second straight three-hit game and he drove in three of the six runs.

The Tigers pulled second baseman Willi Castro out of the game in the sixth. He was hit by a pitch in the right elbow in the fourth. He stayed in the game and scored a run. But JaCoby Jones pinch-hit for him in the sixth.

Hinch said Castro is day-to-day, but isn’t expected to miss any time.

That moved turned out well for the Tigers, too. Jones stole a home run from Jose Marmolejos in the seventh, drifting back to the wall in center and timing his leap perfectly, snatching the ball above the wall.