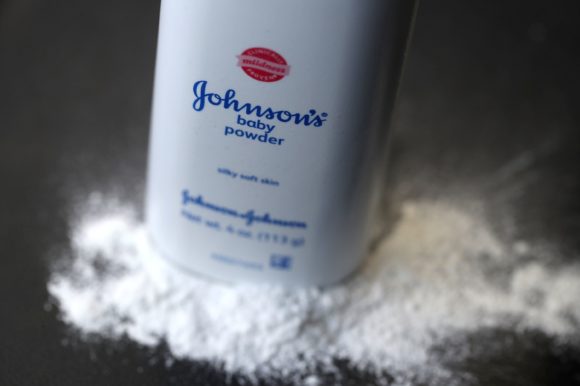 Johnson & Johnson persuaded a New York judge to slash by about two-thirds a $325 million jury award to a woman who blamed her asbestos-related cancer on use of the company’s baby powder.

Justice Gerald Lebovits in Manhattan on Thursday declined to throw out the entire 2019 award to Donna Olson and her family over claims the company’s talc-based powders caused her mesothelioma, after finding there was evidence to support the jury’s verdict. He cut the award to $120 million.

The judge reduced Olson’s punitive-damage award to $105 million from $300 million and the actual damages handed down by jurors to $15 million from $25 million, according to court filings.

J&J faces almost 22,000 claims that its powders caused ovarian cancer and mesothelioma, a rare cancer linked to asbestos exposure, according to a regulatory filing last month. The company denies its products cause the life-threatening illnesses or that its talc was tainted by asbestos.

Earlier this year, J&J pulled its talc-based baby powder from store shelves in the U.S. and Canada in what it called a “commercial decision.” J&J has won some trials over talc claims and gotten others thrown out.

In June, a Missouri appeals court chopped to $2.1 billion a $4.7 billion award to 20 women who also blamed baby powder for their cancers, but declined to throw out the award altogether. Earlier this month, that state’s highest court declined to hear J&J’s appeal of the ruling.

Olson sued the company in 2017 after she got the mesothelioma diagnosis. Testimony in the case showed Olson was a longtime user of baby powder.

Olson’s lawyers also presented jurors with internal J&J documents from the 1960s and 1970s warning executives that talc used to make baby powder was tainted with asbestos. Olson’s attorneys argued that instead of warning consumers about the health risks, the company switched testing methods to ones that couldn’t detect asbestos.

As part of their findings justifying a punitive award, jurors in Olson’s case found that J&J officials “willfully or recklessly committed egregious and extraordinary wrongdoing” in their handling of the talc-based products, according to court filings.

After the jury returned its verdict, Lebovits declined J&J’s request to throw it out but agreed to order a new trial if Olson didn’t agree to a reduction in the damage awards. She agreed to the cut, her lawyers said.