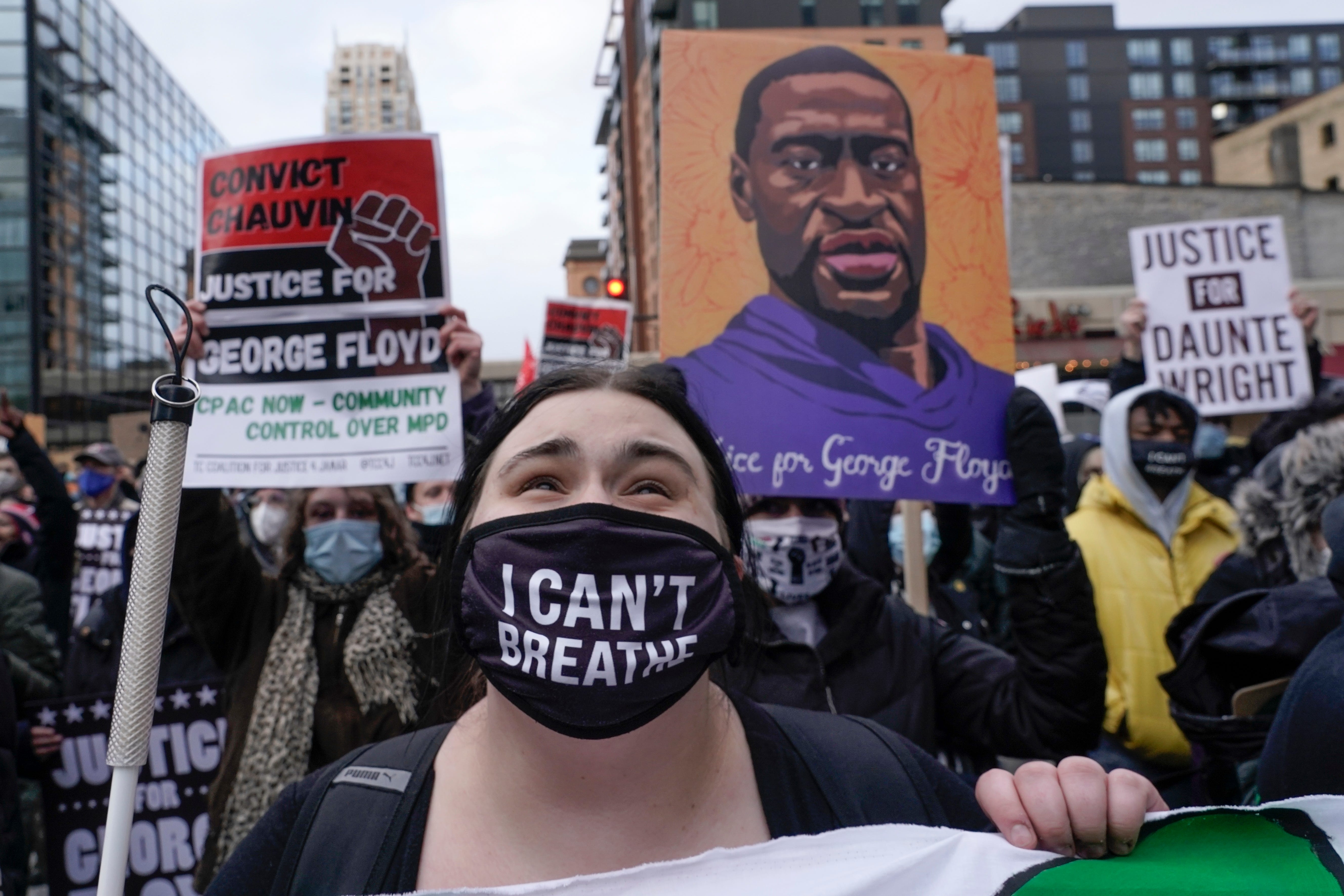 Minneapolis — The jury reached a verdict Tuesday at the murder trial of former Officer Derek Chauvin in the death of George Floyd, the Black man who was pinned to the pavement with a knee on his neck in a case that set off a furious reexamination of racism and policing in the U.S.

Ex-cop Derek Chauvin has returned to the courthouse to hear the verdict.

The verdict, arrived at after about 10 hours of deliberations over two days, was to be read late in the afternoon in a city on edge against the possibility of more unrest like that that erupted last spring.

The courthouse was ringed with concrete barriers and razor wire, and thousands of National Guard troops and law enforcement officers were brought in ahead of the verdict. Some businesses boarded up with plywood.

Floyd died last May after Chauvin, a 45-year-old now-fired white officer, pinned his knee on or close to the 46-year-old Black man’s neck for about 91/2 minutes as Floyd gasped that he couldn’t breathe and onlookers yelled at Chauvin to get off.

The jury, made up of six white people and six Black or multiracial people, weighed charges of second-degree unintentional murder, third-degree murder and second-degree manslaughter, with convictions on some, none or all of the charges possible. The most serious charge carries up to 40 years in prison.

Explainer: What are charges against Chauvin in Floyd death?

The city has been on edge in recent days – not just over the Chauvin case but over the deadly police shooting of a 20-year-old Black man, Daunte Wright, in the nearby Minneapolis suburb of Brooklyn Center on April 11.

Earlier in the day Tuesday, President Joe Biden weighed in by saying he believes the case is “overwhelming.”

He said that he had spoken to Floyd’s family on Monday and “can only imagine the pressure and anxiety they’re feeling.”

“They’re a good family and they’re calling for peace and tranquility no matter what that verdict is,” Biden said. “I’m praying the verdict is the right verdict. I think it’s overwhelming, in my view. I wouldn’t say that unless the jury was sequestered now.”

The president has repeatedly denounced Floyd’s death but previously stopped short of commenting on the trial itself.

Other politicians and ordinary citizens also offered their opinion as the jury was deliberating.

“It shouldn’t be really even questioned whether there will be an acquittal or a verdict that doesn’t meet the scale of the crime that was committed,” Rep. Ilhan Omar, a Democrat, said in Brooklyn Center. The congresswoman said the Chauvin case looks open-and-shut.

Guilty verdicts could mark a turning point in the fight for racial equality, she said.

“We are holding on to one another for support. Hopefully this verdict will come soon and the community will start the process of healing,” Omar said.

Texas ‘heartbeat bill’ has novel approach to banning most abortions

Michigan’s COVID vaccinations are on the decline. How that could change