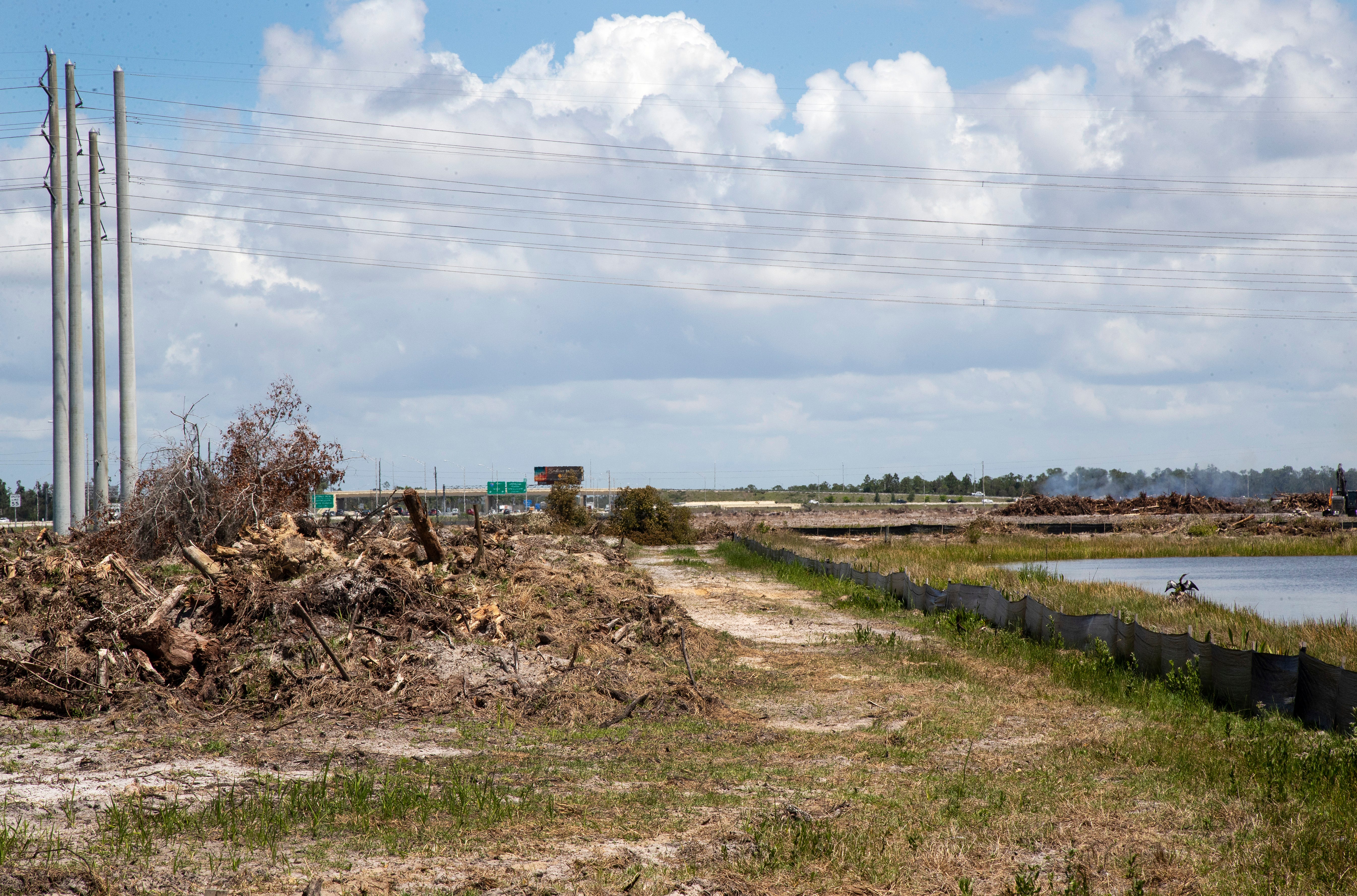 In the Know: Land for Sale on Ben Hill Griffin Parkway

A large tract of land is for sale off Ben Hill Griffin Parkway north of Alico Road and adjacent to I-75.

Benderson Development has failed in its effort to convince Lee County commissioners to allow it new access points on Alico Road for entrance to Alico Consumer Square, a planned retail center that has yet to be approved by the county.

The retail shops would be part of a 740-acre commercial and industrial complex along Alico Road.

Benderson has not yet submitted a proposal for a development order, which is needed to start building. But even without a plan for a development in hand the company requested specific access points to bring traffic to a planned grocery store near Alico and Ben Hill Griffin Parkway.

The hearing was scheduled to act on the county transportation department’s request to have Alico Road designated a roadway with the added safety feature of a reduced number of points of access to the road.

A Benderson traffic engineer referred to the site that needs the two access points it wanted as “a grocery-anchored development.”

Descriptions of the grocery chain and the store location by the developer’s attorney suggest a Publix.

In the Know: Massive lot off Alico Road, I-75, ready for development

Lehigh Acres: Plan to extend Alico Road to State Road 82 could be boon to Lehigh

With the proposed entrance and exit lanes denied, the developer’s alternatives for in and out access to the site would include having customers drive more than a half-mile to an entrance to the rear of the store. Another alternative would involve creeping through the Alico-Ben Hill Griffin Parkway intersection.

The hearing was required to be held in two stages, one at the commission’s normal meeting time last month and Tuesday at 5 p.m.

Lee commissioners approved zoning for the development two years ago. The site begins at Alico and Ben Hill Griffin, continues down Alico Road and extends back to Terminal Access Road.

Access requested by the developer included a right turn into the property for traffic headed westbound on Alico Road. When leaving the property, traffic would have made a left turn to head east.

He urged the commissioners to reject the changes, noting that the fire district has land nearby on which it wants to eventually develop a new station to serve the fast-growing area.

“I applaud you for keeping Alico Road limited access,” Cambareri said. “For the last 27 years I have gone to a multitude of horrendous accidents, especially in traffic coming from the pits. I support that as a public safety concern.”

The county has been in talks with Benderson for more than six years about developing access to the site, according to Randy Cerchie, the county transportation director.

“We are unlikely to grant the two movements that they are requesting,” Cerchie said at the May hearing. “They will be detrimental to Alico Road traffic congestion and safety, especially when we connect to (State Road) 82.”

“We would be happy to meet with them later, but we are unlikely to change our minds,” he said.

Pendergrass argued that not making the changes Benderson has requested would “create a traffic nightmare” on Ben Hill Griffin. He argued the access driveways can be built with safety measures in place.

“I would not want to create another nightmare like we have now on Alico between I-75 and Ben Hill Griffin,” Pendergrass said last month.

Is planned grocery store a Publix in the works?

At the first hearing on designating Alico Road as a limited access road, attorney Neale Montgomery, who represents Benderson, referred to the store as planned by a “favored grocer” which operates “the only grocery store south of the airport and east of I-75.”

The description of the location of the other grocer in that area fits a store operated by Publix at Corkscrew Road and Ben Hill Griffin, which is south of the airport and east of I-75.

A Publix spokesman said he had no information that the company is involved in plans for a store at the Alico site.

“New locations appear on the report once we have a signed lease,” West said. “At the moment there isn’t any information for a store at this location.”

Montgomery previously told commissioners that “Wild Blue and Center Place and Miromar are all developing and that grocer does not have capacity.”

A Benderson affiliated company, MSF Austin-I LLC, owns a stretch of land along Alico from Ben Hill Griffin to the Airport Haul Road. In recent years, Benderson has developed several Publix stores, many in Sarasota County.

Benderson’s development director, Todd Mathes, told commissioners at the first stage hearing that dual access driveway access is important as the company looks ahead to construction. 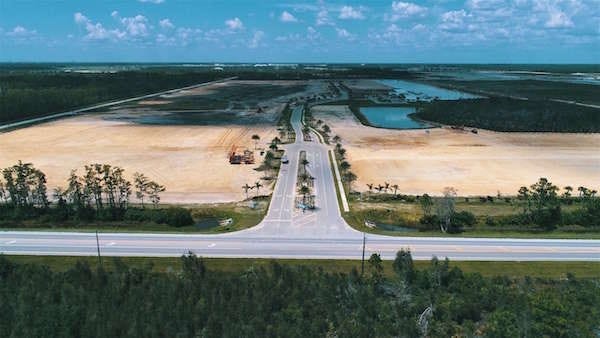