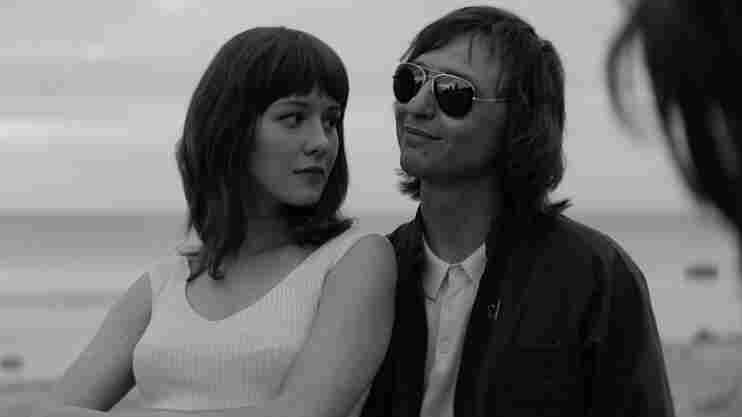 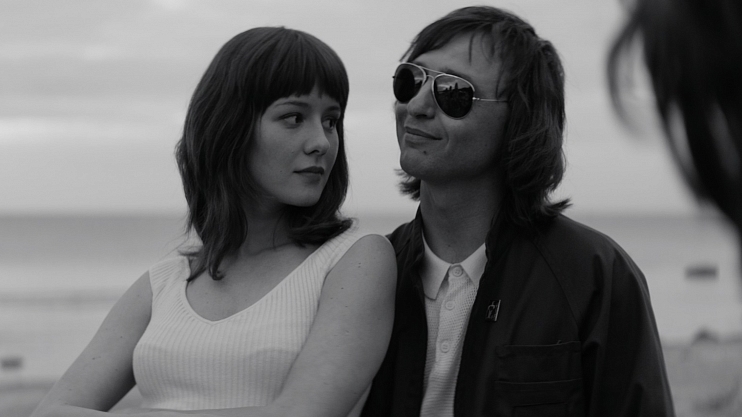 When the Russian rock musical Leto premiered in competition at the Cannes Film Festival last year, it arrived without its director, Kirill Serebrennikov, who was arrested for embezzling about $2 million in state money intended for the avant-garde theater he operates. The arts community in Moscow widely contends that the charges are politically motivated, part of a crackdown on creative freedoms orchestrated by Vladimir Putin and other government officials. Serebrennikov was booked shortly before the end of production, leaving his collaborators to finish the film based on remote communication, and he’s only recently been liberated from house arrest, with the proviso that he not leave Moscow.

Even without knowledge of this backstory, Leto feels like a dream of freedom, carried along on the New Wave sounds of David Bowie and Talking Heads, and full of yearning for the country to loosen up a bit. Through his shadow history of the Leningrad underground rock scene of the early ’80s, before the dawn of Perestroika, Serebrennikov implies the unwelcome return of Soviet repression under Putin. His arrest off-screen may not make Leto a better film — like many rock epics, its storytelling is more conventional than its music — but it certainly validates its themes. Between then and now, the culture has come full circle.

Inspired by Mike Naumenko and Viktor Tsoi, two pioneering Leningrad rockers who lived fast and died young, Leto doesn’t get better than its opening act, when Serebrennikov explores the tension between the excitement of a burgeoning scene and the strictures imposed by government officials. In beautiful black-and-white tracking shots, the film follows young women as they sneak backstage through a window at the rock club and join the musicians and hangers-on as they drink up and smoke before a show. From that familiar sight, the camera continues moving toward the stage, where Mike (Roma Zver), the lead singer of Zoopark, is shredding on stage in sunglasses before a capacity crowd.

But the similarity to Western rock concerts ends there. Everyone in the audience is sitting down, curbing their enthusiasm, as if Zoopark were buttoned-down string quartet. When a young woman shimmies her shoulders, one of the official monitors patrolling the aisles quickly puts a stop to it. It’s only later, when Mike, his wife Natalia (Irina Starshenbaum), Viktor (Tee Yoo), and various beautiful scenesters break away to a secluded spot by the sea that they can really cut loose. Serebrennikov drinks in this precious moment out of time, when free spirits can write songs, go skinny-dipping, and generally carve out a forbidden Bohemia for themselves.

Serebrennikov is less certain when it comes to relationships. Leto sets up a creative and romantic rivalry between Mike and the younger Viktor, who’s honing in on his territory. Mike tries to be generous about Viktor’s ascendence as a hot new frontman and when Natalia expresses an interest in kissing Viktor, he’s outwardly fine about opening up their relationship, even as it clearly bothers him. But the film stalls whenever it leaves the musical sphere to focus on the love triangle, which leaves Natalia as weirdly passive actor, caught between the whims of two brooding, magnetic artists. Leningrad apparently imports rock clichés, too.

Yet Leto, meaning “summer,” comes to life whenever Serebrennikov drops the needle and lets the music hold it aloft. Beyond the performance sequences, the film will occasionally break the fourth wall and turn into jukebox musical, with ordinary Russians chiming in on songs like Talking Heads’ “Psycho Killer” and Iggy Pop’s “The Passenger” while the images are enhanced by animated doodles. When Lou Reed’s “Perfect Day” inspires a duet between Mike and a stranger at his lowest moment, it’s a reminder of how much music can amplify emotion, lift spirits, and make people feel less alone.


In the midst of another repressive chapter in Russian history, Serebrennikov has done the punk thing and thumbed his nose at authority, at the expense of his own freedom. Yet Leto is merely wishing for a little lightness to brighten everyday life, just like the colors that occasionally sneak into its black-and-white palette. To paraphrase the Beastie Boys, he’s fighting for his right to party—and making it seem like a modest request.