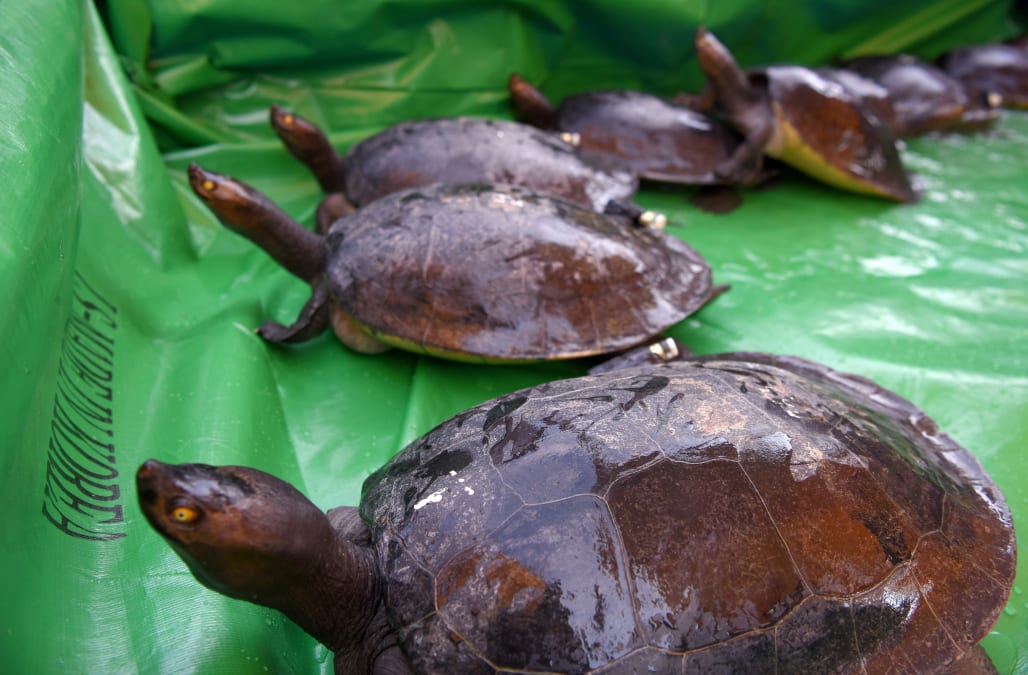 BRUSSELS — Police in 22 countries have rescued thousands of live reptiles including turtles and crocodiles that traffickers intended to kill for use in fashion accessories such as wallets and handbags, Europol said on Monday.

“Wildlife trafficking has increased significantly in recent years to the point where we have now thousands of reptiles worth millions of euros (dollars) being seized every year,” said Pedro Felício, head of economic and property crime at Europol, which helped coordinate the operation.

“Despite the various efforts made, the threat of environmental crime remains high,” he said in a statement.

It said 2,703 turtles and tortoises, 1,059 snakes, 512 lizards and geckos and 20 crocodiles and alligators were seized during an operation spanning Europe, the United States, Australia, Canada, New Zealand, Israel and South Africa.

Handbags, wallets, watch straps, medicines and other products derived from the animals were also seized.