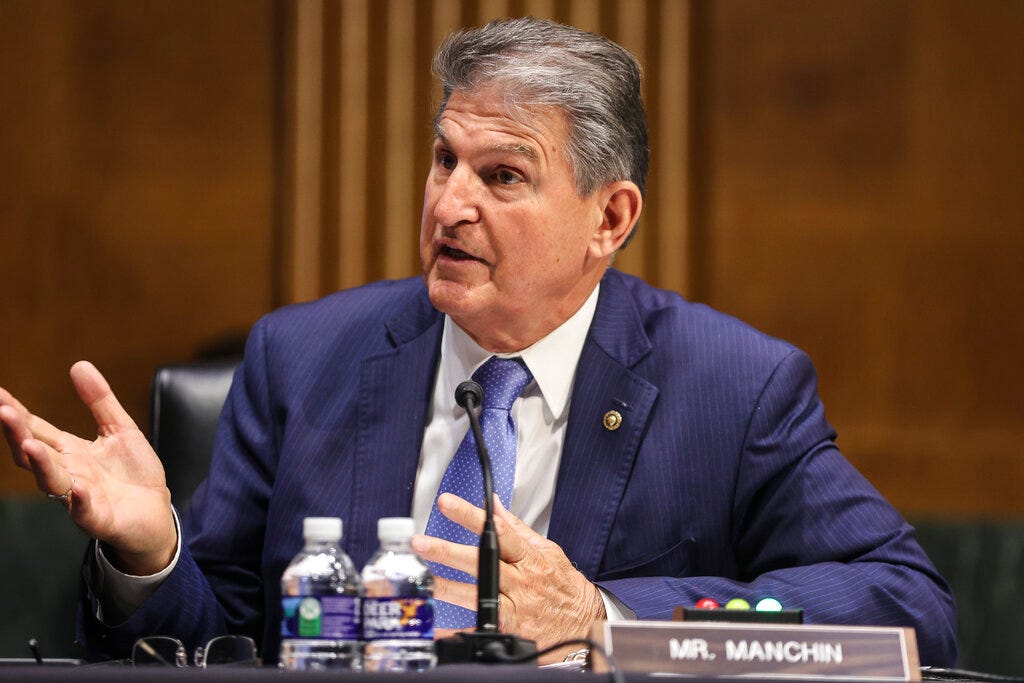 Key moderate Senator Joe Manchin said President Joe Biden and Congress should focus on “conventional” infrastructure projects like roadways and bridges, in another sign of building sentiment to split up the administration’s expansive $2.25 trillion plan.

The West Virginia Democrat was joined by a group of other centrist lawmakers from both parties for a discussion on infrastructure Friday ahead of Biden’s address to a joint session of Congress next week. The president will be making his case for his second longer-term economic plan, which goes beyond building projects to include social safety net programs.

“What we think the greatest need we have now, that can be done in a bipartisan way, is conventional infrastructure,” Manchin said. “Water, sewer, roads, bridges, internet – things that we know need to be repaired, be fixed.”

Noting that Biden’s proposals include “human infrastructure,” Manchin said, “We believe that we should take step by step.”

Manchin’s support will be critical for Biden in a Senate that’s split 50-50 between the two parties. He suggested a two-track approach that deals first with physical infrastructure, which offers the best chance to get some Republican support, with spending on transportation systems, water projects and communications networks.

Biden also is proposing raising taxes on upper-income Americans to help pay for social service spending, but that is broadly opposed by GOP lawmakers.

“So why don’t we take the greatest need that we have and do it on something that we all agree on?” Manchin said.

With the White House pushing Congress to act in the coming months, various coalitions have been laying down markers.

A group of senior Senate Republicans on Thursday proposed a $568 billion counter to Biden’s proposal that focused on physical infrastructure, though they they gave few specifics on how to pay for the spending beyond references to taxing electric cars and repurposing unspent funds. They specifically opposed any roll-back of the 2017 GOP tax cuts or adding to the national debt.

Earlier Friday, a bipartisan group of 58 centrist House members called for more spending on infrastructure but offered no exact estimate of how much to spend.

The Problem Solvers Caucus listed in its 16-page report an array proposals, such as raising the fuel tax to help pay for roads and bridges, an annual registration fee on fully electric or hybrid electric cars, or broadening the current air cargo tax to trucking services.

Representative Josh Gottheimer, a New Jersey Democrat who co-chairs the Problem Solvers Caucus, was among those who appeared with Manchin at the meeting in Annapolis, Maryland, which he said was intended to set priorities for an infrastructure program.

“The first part is how do we focus this down so we can start our agreement there,” Gottheimer said. “We’re going to, as we move forward, look at two other pieces: what should it cost – what do we actually need to spend – and then, of course, how do we pay for it?”

White House press secretary Jen Psaki said Biden would get a briefing on the GOP plan and invite the Republicans to the White House to discuss it.

“The president’s only red line is inaction,” Psaki told reporters at a briefing on Friday. “We want to have an exchange from both sides of the aisle.”