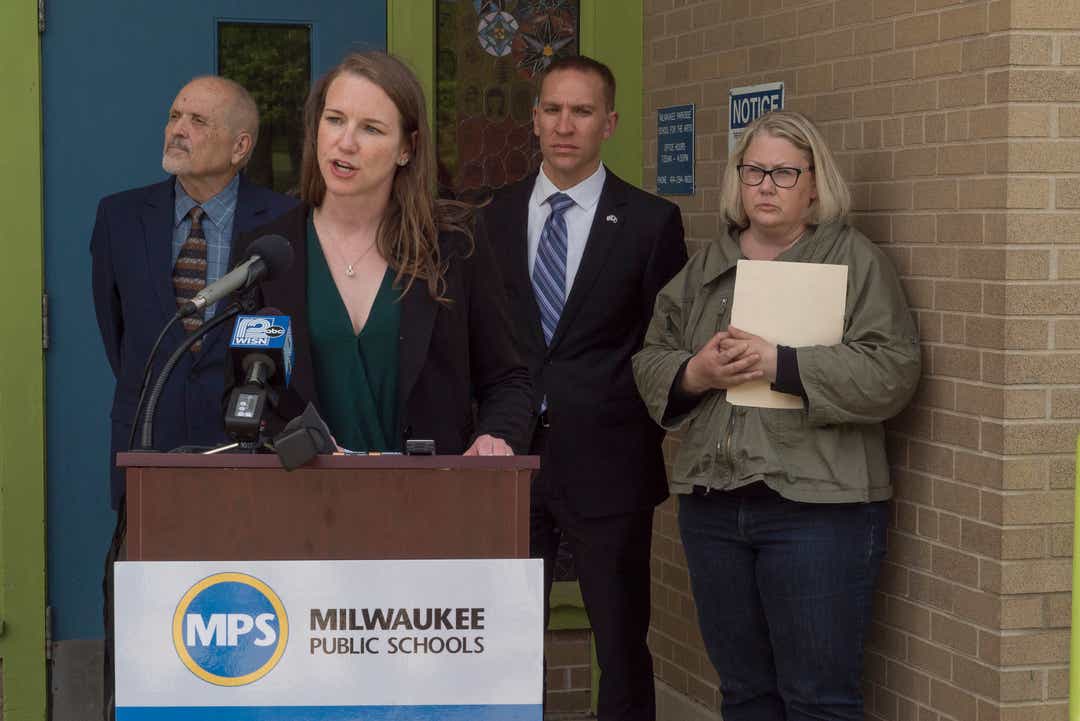 Public school advocates from across the state will embark on a 60-mile march to Madison this week, hoping to persuade Republican lawmakers to boost funding for K-12 education in the 2019-21 budget beyond the $500 million they’ve already proposed.

The march will kick off Thursday in the Jefferson County village of Palmyra, where the school district is considering dissolving after a failed referendum, and wend its way to the state Capitol in Madison the following Tuesday.

“Lawmakers need to stop playing politics with our kids, do their jobs and make sure our schools have the resources they need so every child can thrive,” said Heather DuBois Bourenane, executive director of the nonprofit advocacy group Wisconsin Public Education Network.

RELATED: State budget to include $500 million increase for schools, a third of what Tony Evers wants

The Legislature’s Joint Finance Committee on Thursday finalized its work on the state’s 2019-21 state budget, which now goes to full Senate and Assembly. Its proposal adds an additional $500 million for schools — much less than the $1.4 billion sought by Evers — including about $97 million in added special education funding.

Efforts to reach Assembly Speaker Robin Vos and Senate Majority Leader Scott Fitzgerald to discuss the planned walk were not successful. But they and other GOP leaders said at a news conference Thursday that their plan addresses the top priorities of school officials around the state by increasing per-pupil aid by $604, boosting the special ed reimbursement rate from 24% to 30% and doubling the investment in mental health services for children.

“Teachers are going to have the tools they need to help children who really need their help,” said Sen. Alberta Darling, R-River Hills.

The march to Madison was sparked by one of them, newly elected Milwaukee Public Schools board member Megan O’Halloran, who voiced frustration with the GOP plans at a public meeting last month. O’Halloran said she was so upset she felt like “walking to Madison.” She called the Public Education Network to see if others would be interested, and it grew from there.

“They starve us of the funding we need and then charge us with failure to thrive,” she said. “The right thing to do is to adequately fund our public schools.”

About 200 people have signed up so far to join at least part of the trek, according to the network. It’s modeled on last year’s “50 Miles More” march from Madison to the Janesville hometown of then Speaker of the House Paul Ryan to call for gun control measures.

From Palmyra, they’ll make stops in Hebron, Fort Atkinson, Cambridge, Deerfield, Marshall and Sun Prairie before heading to Madison and the Capitol on Tuesday. The plan is to meet with education advocates in each community to discuss how the budget impacts their schools and to shed light on some of the inequities between districts.

The march is timed to give advocates a last minute chance to try to persuade lawmakers to increase funding for schools.

“This isn’t a blue vs. red issue or Milwaukee vs. the rest of the state,” said O’Halloran. “We want to call attention to the fact that till will benefit all areas of the state. … We cannot fail our students for another budget cycle, we really can’t.”

In the Know: Is a new Baby Publix coming to SWFL? And the latest on old Lucky’s locations