A popular European pop songster living in Cape Coral has now commented his way off that continent’s airwaves.

Michael Wendler, 48, who crooned his way into the hearts of fans across Germany, Austria and Switzerland for years, last week commented on new German COVID-19 rules and compared the protective measures with Nazi concentration camps.

““KZ Germany ???” Wendler said. “It’s just bold that this government allows itself! Locking free and innocent people is contrary to all human dignity!”

“KZ” means “Konzentrationslager” and is an acknowledged German abbreviation describing a concentration camp.

German media, including the major German newspaper, Bild, later reported that Wendler’s concentration camp comparison prompted a German radio boycott of his music and an outcry from German fans and others on many of the country’s media web sites.

Wendler later posted a clarification on Instagram saying he meant crisis center, not concentration camp. “I reject all accusations of anti-Semitism. I am neither a Holocaust denier nor a belittling of Nazi crimes.”

Despite his clarification, Wendler messaged out a number of Nazi-themed postings in recent days, those who have been close to him said.

“Michael Wendler posted yesterday for the third time Nazi background material,” Ulli Winckler, a Fort Myers resident who has worked on projects locally with Wendler and also spent time with him and his family in Southwest Florida, said Monday.

Winckler said Wendler’s explanation about the KZ story looks as if it was no mistake.

“They go crazy about that in Germany,” said Winckler, who used to operate a coffee shop in downtown Fort Myers. He added that a German online merchandiser who had produced a line of Wendler-themed products has eliminated the singer from the Web store.

The site, derwendlershop.de, posted the following: “We condemn all forms of anti-Semitism, racism and discrimination in the strongest possible terms and do not want to provide a platform for this. That is why we distance ourselves in all forms from the statements and discontinue sales.”

The fallout has spread further into the entertainment world. RTL, the largest private television network in Germany, removed Wendler from the jury panel on its American Idol look-alike programming, “Germany Seeks the Superstar,” due to his comments. 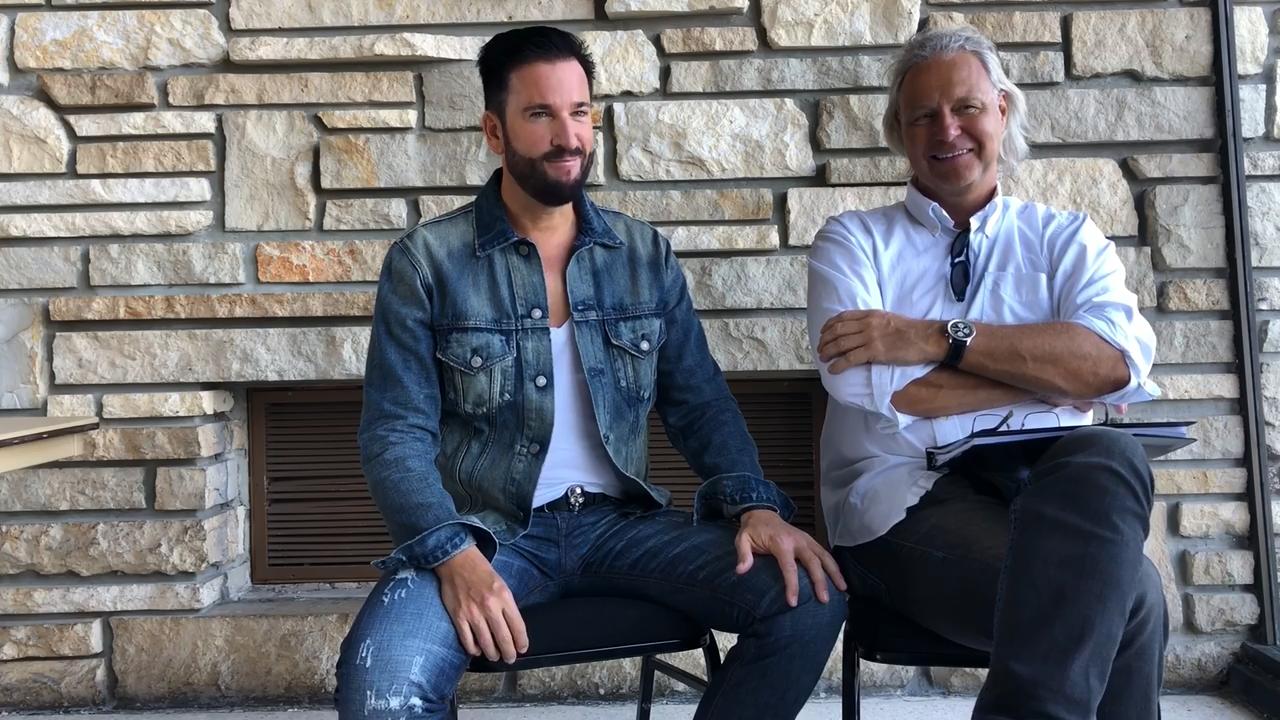 German pop star Michael Wendler played his first-ever U.S. concert March 2 at Cape Coral’s Yacht Club. Sitting in the club with friend Ulli Winckler, he talks about the show and his new life in Cape Coral. He moved to the city about two years ago.

Video and interview by Charles Runnells/news-press.com

“We strongly condemn all forms of anti-Semitism, racism and discrimination. At a time when social cohesion, mutual consideration and respect are at stake in dealing with a serious crisis, RTL will not be the stage for people with an entertainment show, who in turn propagate division and trivialization.”

Because current season episodes of “Germany Seeks the Superstar” were finished and in post-production, the network said severe editing was being done to remove Wendler from the show.

A former friend and business associate of Wendler, Timo Berger of Germany, expressed shame about the pop singer’s statement.

“I was totally shocked as I saw the comment,” Berger, who arrived in Fort Myers on Friday in an attempt to talk to Wendler. “I feel shame. You cannot compare the German decisions to handle the pandemic to 1945. Every German citizen is ashamed of the history.”

Berger went to Wendler’s Cape Coral home on Tuesday, followed by a German television crew, to try to speak with the German pop star but was thwarted for a second time.

Beger’s first visit in December ended with no contact with Wendler.

Berger said he wanted to ask Wendler about a bill he is owed for services he rendered during the June 2020 wedding of Wendler and his new wife, Laura Mueller Norberg, 20, also a German performer and former Playboy German Edition cover girl. Berger said the amount Wendler owes is close to $40,000.

Berger said “unfortunately not” when asked if he has expectation of being paid for his services.

“At my first visit in December, the story of my visit got so much attention in Germany and (Wendler) made no step to me. My second try is again with no success,” Berger said. “I hope due to the U.S. media the people get attention to (Wendler) and what’s happened in Germany so he’s not living anymore here unknown.”

On Tuesday, as Berger and the television crew were leaving, a Cape Coral police unit pulled up and Berger said urged the group to move along. The officer said she was looking for Timo Berger and had a report of him making multiple unwanted visits to a specific home.

Berger said that police response led him to believe Wendler was home but not answering the door.

“No report was filed. Our Officers told (Berger) that (Wendler) did not want contact with him. (Berger) rang his doorbell, according to (Wendler), for 30 minutes straight. In our contacts with both, they were never together,” a Cape Coral Police Department statement said of the complaint. “It was about money (Berger) is owed from making plane tickets, which (Wendler) didn’t pay for. He filed a complaint with code enforcement for being an unlicensed contractor.”

Cape Coral Code Enforcement confirmed the complaint, involving the unlicensed contractor issue, was made and has since been closed.

Wendler could not be reached for this story and did not answer in-person queries made at his Cape Coral home or online via multiple social media platforms.

“Everybody knows him in Germany,” Berger said. “My idea is to bring the attention here.”

The concentration camp comment fallout and Berger’s visit are not the only things that Wendler has had to contend with lately.

German and international media reports have documented several postponed hearing dates involving Wendler on multiple issues in German courts in the past year.

One such appeal hearing against Wendler before the Dinslaken (western Germany) District Court on charges of delaying bankruptcy was scheduled in December but has been postponed to July.

International media reported that German authorities have requested the U.S. Department of Justice to help them reach the singer in Cape Coral. The department did not respond to a request for information.

Bild reported that Wendler is being pursued by German tax authorities as well as by clients who claim he has not honored contracts he signed.

Wendler was born Michael Skowronek in 1972 and legally changed his last name to Norberg after his marriage to Claudia Norberg in 2009. Wendler is his stage name.

Since 2016 he has lived in Cape Coral in a ranch-style home close to Veterans Parkway with his new wife and a daughter, 18.

Wendler’s popularity in Europe began to grow in 1998 and led to six gold records and one platinum. He sings mostly what is known as Schlager, a popular style of European music that pairs a catchy instrumental arrangement with what’s described as simple, happy-go-lucky, and often sentimental lyrics.