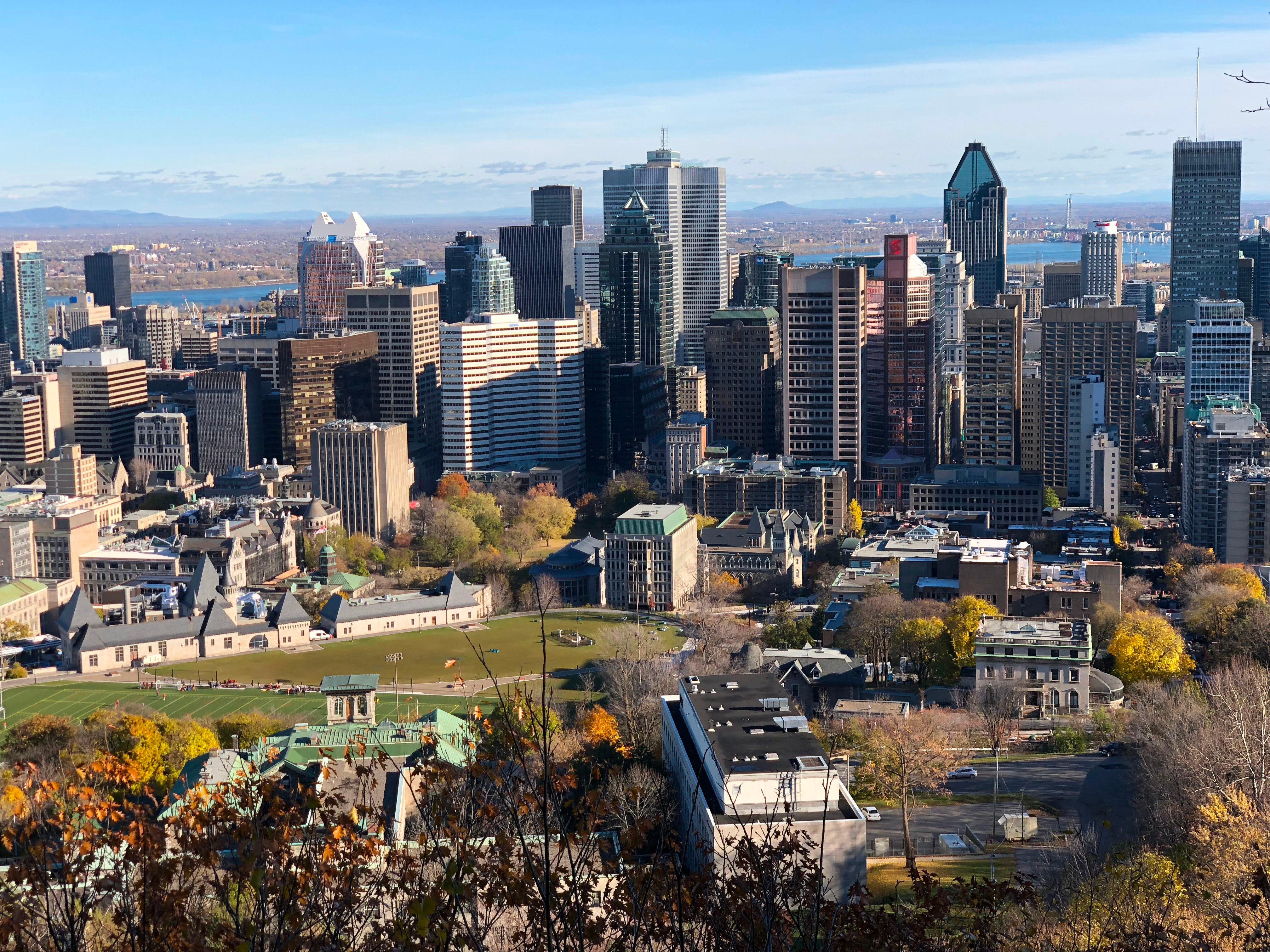 Montreal’s employers and government officials are preparing to roll out the red carpet, but it’s not celebrities they seek. They’re courting the 310,000 office workers whose patronage is vital to the survival of downtown restaurants and retail stores, and who’ve mostly been away for 15 months.

Even as the city reopens after months under curfew, Montrealers have grown fond of working remotely: 76% said in an April survey they want to continue to spend at least half their workweek at home. At the same time, employers are rethinking the raison d’etre of the office and considering new perks.

Ideas under consideration include art installations in office towers and food courts, outdoor work spaces, after-work events and concierge services, according to the Chamber of Commerce of Metropolitan Montreal. The group received C$8.5 million ($7 million) from the Quebec government to coordinate efforts in a campaign called “I love working downtown.”

“This really is a major charm offensive,” Chamber President Michel Leblanc said in an interview. “The goal is to get people to say I want to go downtown, I’m going to work and discover all that’s going on, all that’s new.’”

The greater Montreal area, with almost half of Quebec’s population of 8.5 million, was the epicenter of Canada’s first wave of Covid-19. Thousands were killed as the coronavirus spread inside long-term care facilities.

After a reopening attempt last summer, a new round of restrictions – including a nightly curfew – left the city center deserted for months. Now, rising vaccination rates and a drop in new cases are helping turn the focus back on the economy.

A report published last month on the state of downtown Montreal shows the extent of the challenge. It said the rate of commercial inactivity – both temporary closures and vacancies – rose to 34% inside malls and 24% on the main shopping street of Sainte-Catherine during the first quarter.

Traffic at downtown metro stations was down 81% from a year earlier, and a growing number of office tenants are looking to sublet unused space. Large financial companies including Desjardins Group and Fiera Capital Corp. still have most of their employees working from home. In a sign of optimism, though, new home construction has come back with a roar.

The city and the province are putting a combined C$25 million into plans to revive the district, including support for restaurants and small companies that need to redesign office space to scale down, said Luc Rabouin, who’s in charge of economic development on the city’s executive committee.

Montreal, home to Cirque du Soleil and a vibrant artistic community, is also banking on its creative flair to lure both visitors and workers. The city has announced summer plans for the downtown area, including pedestrian zones, “oases” to socialize and relax, and street performances by circus, theater and music acts.

“Of course you need a safe workplace,” Rabouin said, referring to what it takes for employees to return. “But the downtown atmosphere is a factor of attractiveness. If there are no restaurants, no patios, no cultural events, there’s no interest in coming back.”

Employers realize they too need to do their part, said Leblanc. He said there’s talk of companies offering employees errand services and organizing social events such as “5 to 7” parties, the Quebec name for after-work drinks.

“Employees used to be told, Good for you if you have 5 to 7 events,’” Leblanc said. “I think companies are now going to try to create these pleasurable moments themselves.”

Such office perks have long been associated with tech companies. But many of them have been reshaped by the pandemic and some have gone to almost fully remote work, with ramifications for downtown real estate.

Among them is FX Innovation, a Montreal-based consultancy in cloud computing with 27,000 square feet of office space filled with plants and photos of musicians such as Pink and Thom Yorke. It’s now looking to sublet part or all of it.

During the crisis, many employees moved away from the city and the company hired people in other regions and countries, Chief Human Resource Officer Melanie McClure said in an interview. And remote work is going well. So when it surveyed employees, the results were clear: “No one wanted to come back five days a week, the vast majority would maybe come once in a while,” she said.

Staff now has full flexibility on where they work from. The next steps are still being figured out.


“It’s a big decision,” McClure said. “We told our people, We’re going to experiment together.’”