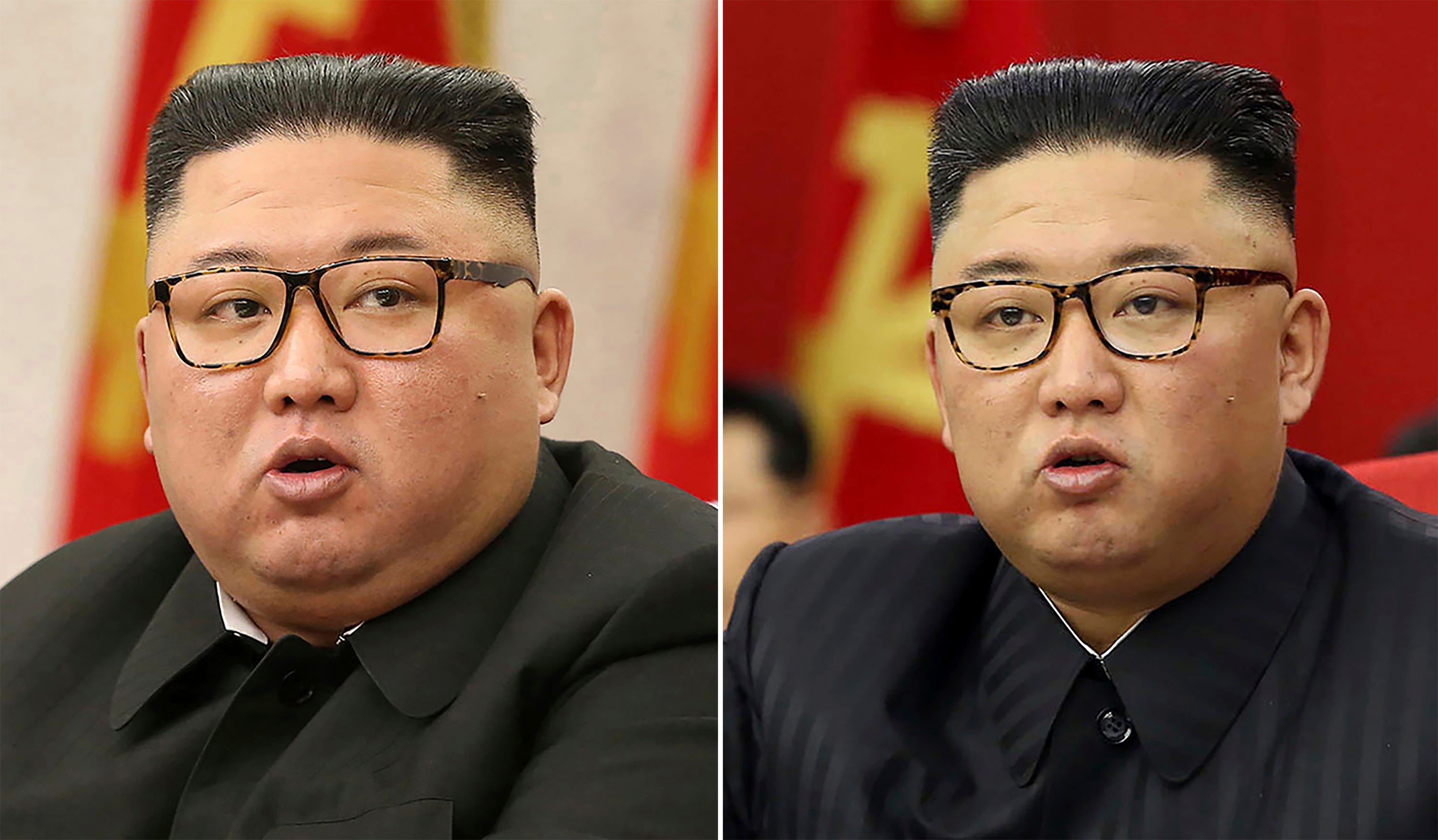 Seoul, South Korea – The health of North Korean leader Kim Jong Un has long been a source of morbid fascination in rival South Korea, which sits in the shadow of Kim’s 1.2-million-strong army and his growing arsenal of nuclear-armed missiles.

Has he gained even more weight? Is he struggling for breath after relatively short walks? What about that cane? Why did he miss that important state anniversary?

Now, the 37-year-old faces fresh speculation in the South about his health again. But this time, it’s because he’s noticeably slimmer.

Kim’s health matters in Seoul, Washington, Tokyo and other world capitals because he hasn’t publicly anointed a successor who would control an advancing nuclear program targeting the United States and its allies — if he is incapacitated. North Korea, never open about the internal workings of its leadership, has over the last year shut itself up even tighter to protect against the coronavirus pandemic.

In recent state media images, including those published on Wednesday, Kim appeared to have lost a large amount of weight. The strap on his fancy watch is tighter, and his face thinner. Some observers say Kim — who 5 feet, 8 inches tall and has previously weighed 308 pounds — may have lost about 22-44 pounds.

Kim’s apparent weight loss is more likely an attempt to improve his health, rather than a sign of illness, according to Hong Min, a senior analyst at Seoul’s Korea Institute for National Unification.

“If he was experiencing health problems, he wouldn’t have come out in public to convene the plenary meeting of the Workers’ Party’s Central Committee,” a major political conference this week that is expected to last two to three days, Hong said.

Kim, known for heavy drinking and smoking, has a family history of heart problems. His father and grandfather, who ruled North Korea before him, both died of heart issues. Experts have said his weight could increase the possibility of cardiovascular diseases.

South Korea’s Unification Ministry said it has no information to share about Kim’s health. His slimmer look has been the focus of keen interest in South Korea, with media outlets publishing photos of his previous and current appearances.

Seo Yu-Seok at the Seoul-based Institute of North Korean Studies said the North’s recent creation of a first secretary of the ruling Workers’ Party, the country’s No. 2 job, might have been related to Kim’s possible health issues. He said Kim may have allowed the post’s establishment at the urging of top officials but still hasn’t named anyone to the job because it could loosen his grip on power.

“If Kim faces a real health problem and is in a condition in which he can’t express his opinions, though he isn’t dead, who will make a decision to name the first secretary?” Seo said.

When global speculation flared about Kim’s health last year after he missed the commemoration of the birthday of his late grandfather, some analysts speculated Kim’s younger sister, Kim Yo Jong, was next in line to inherit her brother’s power. Others said a collective leadership was also possible.