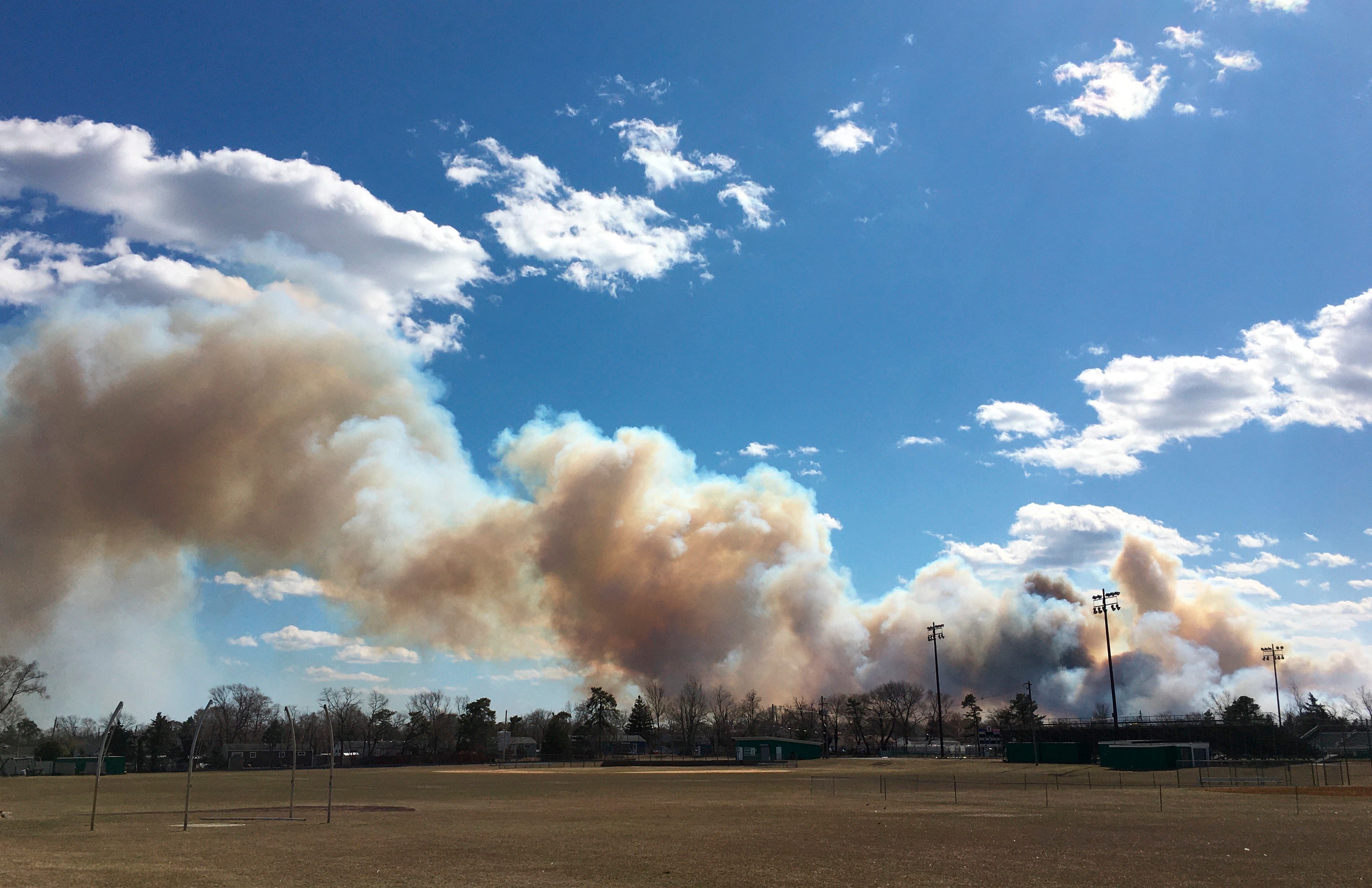 Lakewood, N.J.  — A large brush fire in New Jersey on Sunday afternoon shut down a portion of the Garden State Parkway, backed up traffic and forced some residents to evacuate homes and stores, as several smaller blazes burned across the state on the dry, windy day, according to authorities.

Videos from the scene near the airport in Lakewood showed clouds of thick, dark smoke and raging flames igniting trees and brush.

The National Weather Service in Mount Holly warned that there were “dangerous fire weather conditions” across the state Sunday, as dry and windy conditions challenged crews fighting the blazes. Most of New Jersey was placed under a fire warning set to continue into Monday with humidity levels recorded at about 20% in the Lakewood area and winds gusting near 40 miles per hour (64 kph), officials said.

The state Forest Fire Service said it was responding to the Lakewood blaze and urged residents to avoid the area. Officials with the Garden State Parkway reported that the road near milepost 89 in Lakewood was closed in both directions.

Homes and several stores in nearby Brick were also being evacuated, Police Sgt. Jim Kelly told news outlets. He added that some roadways near the blaze area were also backed up.

In Carneys Point, police Chief Dale VanNamee said brush fires were popping up “here and there” but were largely under control, NJ.com reported.

No injuries were immediately reported.