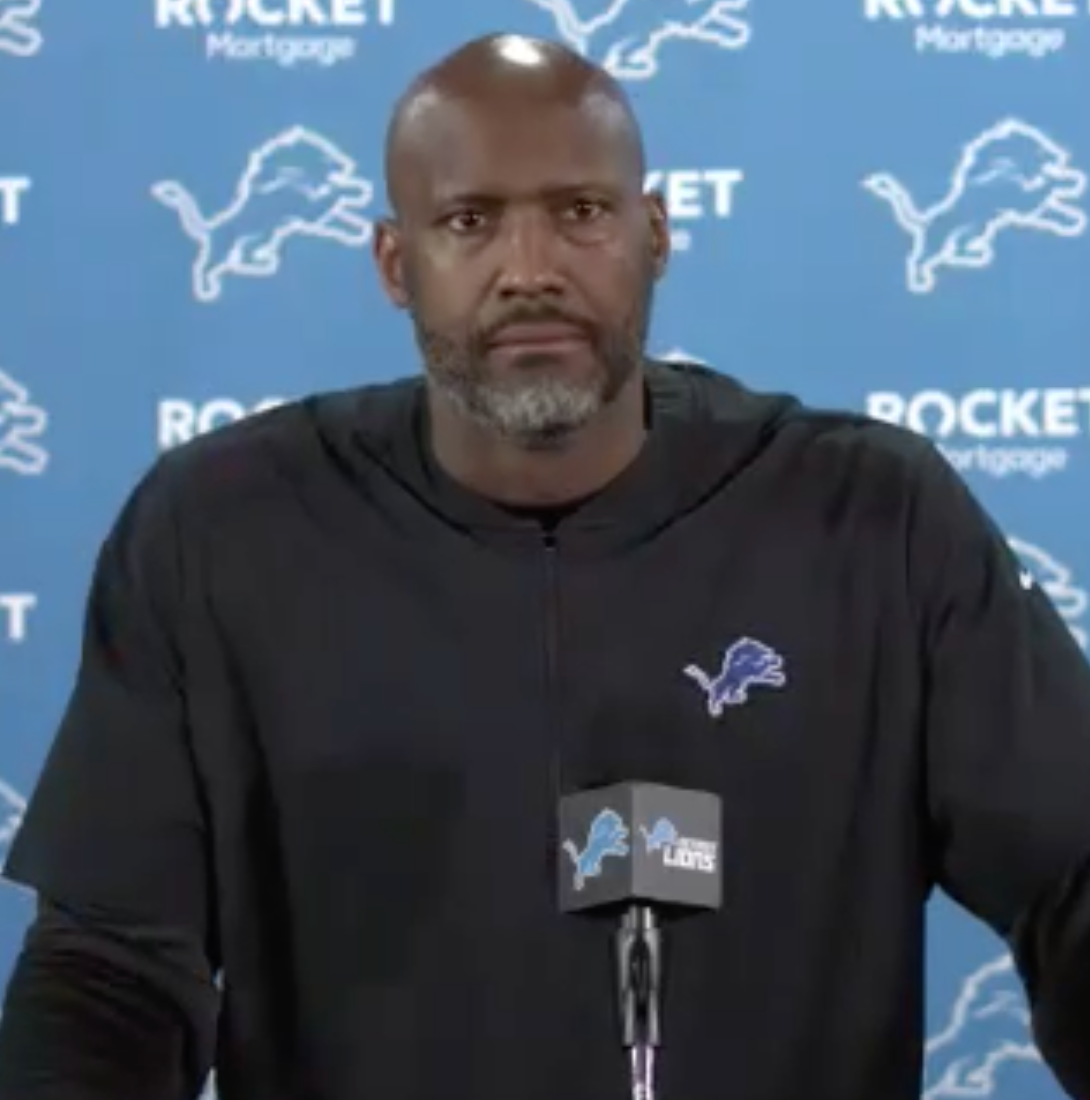 Lions’ Brad Holmes has ‘cluster of players’ he’s comfortable drafting at No. 7

Lions GM Brad Holmes on possibly trading his first-round pick: ‘We’re prepared and also willing to move in either direction’

Brad Holmes was talking about what a cluster it might be next week when the Lions are on the clock in the first round of the NFL draft.

But all jokes aside, that’s the good news. Really, it is.

Because as Holmes, the Lions’ first-year general manager, went on to explain in Friday’s pre-draft press conference, he feels comfortable in saying there’s a “good cluster” of players to choose from if Detroit decides to stay put and pick at No. 7 overall.

He also sounds intrigued by the possibilities that might present themselves if the Lions want to trade out of that pick, based on recent conversations he’s had with other GMs around the league.

Yet as Holmes discussed both the prospects and the pressure that await in his first opportunity as the final decision-maker in an NFL war room, what came across as much as anything Friday was an air of confidence. One that suggests the Lions are ready, and so is he.

Not that you’d expect hear anything different at this point. But after a few months of well-publicized “collaboration” in Allen Park — and a welcome departure from the way the process played out under the Lions’ previous regime — now comes the part everyone’s really been waiting for, and the part that only Holmes himself can deliver.

More: Lions comfortable at No. 7, but exploring trade options, both up and down

It’s a team effort for now, between the 41-year-old Holmes and his experienced front-office advisors, along with new head coach Dan Campbell and his staff and, of course, the Lions’ scouts. But as Holmes admits, “Ultimately, it’s gonna be my decision to actually make the right choice.”

And ultimately, that’s been the undoing of most of those who’ve come before him in Detroit, whether it was Matt Millen’s lack of preparation two decades ago or Martin Mayhew forgetting to make his own mistakes once he’d cleaned up that mess. Most recently, it was Bob Quinn failing to see through the myopic vision he and Matt Patricia created for themselves — and this franchise.

Now comes another fresh set of eyes, though. And with a new GM and a rookie head coach in place, it brings a fresh set of questions about what this team values most in players, and how it weighs that value in the draft.

The first test will come next week when the Lions decide whether to stay at No. 7 and which way they’ll go if they do. An offensive tackle? A receiver? A quarterback?

Holmes wasn’t dropping any hints about their intentions Friday, saying he’d prefer not to drop anchor anywhere at this point. Is there a limit to how far he’d trade back in the first round? Maybe, but he won’t say where it is.

“I think that probably would be pigeon-holing yourself,” Holmes said.

Besides, if there’s one thing he learned above all else in nearly two decades working his way up through the ranks of the Rams organization, it’s the mantra GM Les Snead taught him “that you surrender the result to the process.”

So that’s what they’ve been doing the last few months in Allen Park, prepping for a draft that presents some unique challenges, most of them resulting from the pandemic. There were fewer college games to scout in person and dozens of players who opted out of playing last season entirely. The NFL also scrapped its annual scouting combine this winter and instead put more emphasis on individual pro days, while allowing teams more time to spend on virtual interviews with prospects.

But while that has left some information gaps, Holmes prefers to fill it with another line he borrowed from Snead: “Often the answers are on the film.” And then he smiles, because that’s how the Rams’ former college scouting director was raised in this business.

“I always say the beauty of scouting is that you can have 10 people in a dark room looking at the same exact film and get 10 different opinions,” Holmes said. “So whenever I hear all these varying opinions, I actually get intrigued. And what it does is it actually ignites you and motivates you to dig even deeper.”

And that’s a good thing for the Lions, if it’s truly happening as they say it is. Because groupthink is often what leads to GMs getting canned in this business, and it’s certainly what led to the Lions’ roster looking the way it does now.

So if Holmes is serious about all the constructive debates they’ve had behind closed doors, and Campbell is true to his words about what a “true alpha” is and knowing “when it’s time to concede for the betterment of the team,” maybe this team can get it right on draft night.

But the truth is, it’s up to Holmes if they do or they don’t. Ask any GM — especially ones who’ve been fired — and that’s a recurring theme you’ll hear.

“My first draft, I learned a lot about being influenced and how hard that is as a young GM,” said former Tampa Bay GM Mark Dominik, now a Sirius XM radio host.

Specifically, he recalls a war-room debate on the final day of the 2009 draft, when as a 37-year-old rookie GM, he allowed himself to be “talked out of” using a fifth-round pick on cornerback Jason McCourty and instead drafted an offensive tackle named Xavier Fulton. Fulton never played in an NFL regular-season game, while McCourty has been a starter for most of his 12-year career.

“I know a lot of GMs recently have been getting fired after one or two or three years,” Dominik said, “And I can only say I was still learning after the fifth draft.”

That was his last, by the way. Mayhew, too, learned the hard way in Detroit, most notably a decade ago when a disastrous 2011 draft resulted from risks the GM took at least in part to appease the Lions’ coaches: Nick Fairley, Titus Young, Mikel Leshoure.

Consensus is important, sure. But as Raiders GM Mike Mayock noted this week, “at the end of the day, the best way I feel good about myself is when I know I feel good about that kid from A to Z. And if I make a mistake, it’s for the right reasons.”

And as Holmes gets ready to join the club, at least he seems to understand that. He says he heard it first from former Rams GM Billy Devaney years ago, but it’s something he’ll carry with him into this first draft in Detroit.

“When you’re turning that pick in, you don’t want to feel nervous,” Holmes said. “You want to be confident and you want to feel really, really good when you make that selection. Not a nervousness of ‘I hope this works.’”

Lions 2021 draft preview: Can’t rule out taking a quarterback in first round

Lions 2021 draft preview: Detroit could fill long-term need at LB in Round 2

Lions 2021 draft preview: Detroit should have plenty of options as it restocks WRs