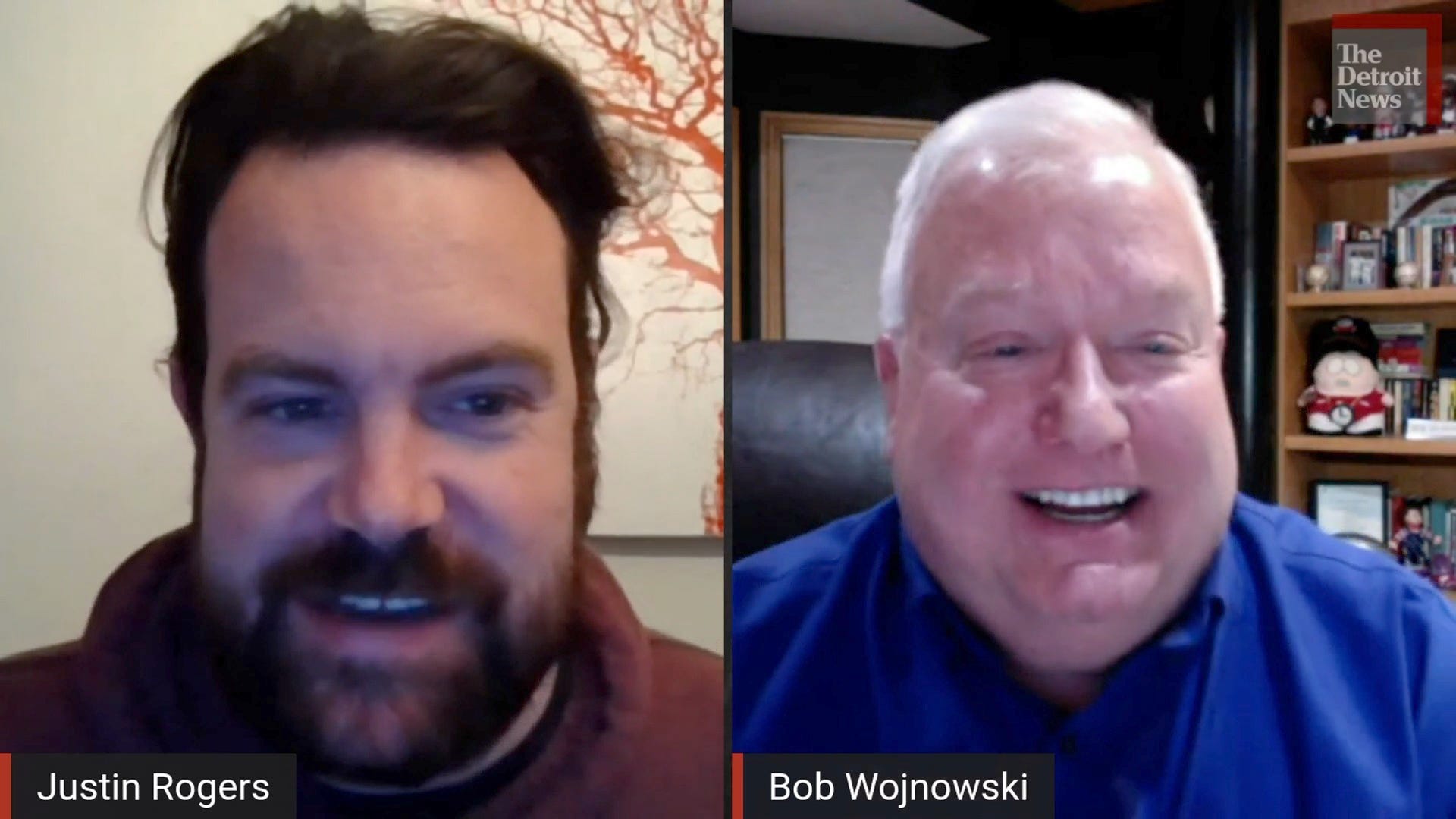 First, you feed the beast. Then you unleash it.

But for now, at least, the Lions have shown us what their appetite is like in this NFL Draft. And in the process, they’ve given their fans something to chew on.

Some red meat, certainly, and perhaps a few hot-blooded additions with a mentality to match that of the coach they’ll be playing for in Detroit.

If we’ve learned anything about the Lions’ new regime through two days and four picks and well over a half-ton of new talent added to the roster, it’s that they don’t intend this rebuilding effort to be quiet, or subtle. Or small, for that matter.

And whether it’s general manager Brad Holmes pounding tables in the war room in Allen Park or Dan Campbell letting their top pick know in a congratulatory phone call, “You be just as nasty and dirty as you’ve been,” the message seems clear.

Heck, even the rookies seem to have picked up on it, as the Lions followed up Thursday’s massive addition of Oregon’s 330-pound offensive tackle, Penei Sewell, with another huge investment in the trenches on Day 2. The Lions sized up their draft board, surveyed their many roster needs — Wide receiver? Safety? Cornerback? — and then turned in a card to select Washington defensive tackle Levi Onwuzurike early in Friday’s second round.

Actually, Holmes admitted at the end of the night he’d tried to trade back into the first round late Thursday — and then tried to move up again Friday as the Lions were “sweating bullets” holding the ninth pick of the night — to grab one of his “favorite players” in this draft.

“I mean, I think it means a lot,” Onwuzurike said of the Lions’ approach. “The trenches are arguably the most important position group in football. … I think the Lions are trying to build some (expletive) right here, and we got two good-(expletive) parts to build that.”

Make it three, actually. Because an hour or so later, they doubled down once more, using their first third-round pick to draft a 320-pound nose tackle, Alim McNeill, from North Carolina State.

Sensing a theme here yet? I mean, even the cornerback they took late in Round 3 to cap their night was bigger than most, as the Lions finally addressed that need in the secondary with Syracuse’s Ifeatu Melifonwu, a 6-foot-3, 210-pound corner with a 41-inch vertical.

More: Ten players to watch for Lions on Day 3 of NFL Draft

This is not a new phenomenon, I realize. Lions fans need only to go back five years and take a glance at former GM Bob Quinn’s first draft in 2016, when he selected three linemen with his first three picks: Taylor Decker, A’Shawn Robinson and Graham Glasgow. (Only one of those three is still on the roster, by the way, though I’m not sure Lions fans ever got an explanation as to why Glasgow is gone. Certainly not one that made any sense.)

But the idea wasn’t simply to get bigger here. It was to get more explosive, particularly on defense, which says something about the impending scheme change on the field as well as the regime change that has already taken place.

And if you saw the Lions’ video of Campbell on the phone with Sewell after they’d taken the former Outland Trophy winner seventh overall Thursday night, you got a sense of that, to be sure.

“You’re gonna change the culture for us, man,” Campbell told Sewell, his voice rising like he was ready to play a game in 30 minutes, if not sooner. “We’re gonna build this thing around guys like you, you hear me?”

And if you heard Holmes explain the decision to start his first draft as GM at a position of relative strength, well, you also got a sneak preview of coming attractions.

“To be able to feed the beast and add to that to make it a more powerful unit?” Holmes said. “That’s what it came down to.”

And that’s where it stayed Friday night, as the Lions grabbed a disruptive interior lineman in Onwuzurike who plays fast — he ran a 4.87-second 40 at nearly 300 pounds — and furious, with a motor that matches his mouth.

“I like (bleeping) people up,” he said, in a Zoom interview with the media that had both Holmes and Campbell chuckling when they heard about it in the Lions’ draft room. “I like to get off the line and just put my helmet or my hands on an offensive lineman and (expletive) up an offensive scheme, pretty much. I like pushing them back 2, 3 yards and just making them feel like (expletive).”

As Holmes said later, still smiling, “At least it shows that he’s a passionate dude, which we already knew.”

But what we didn’t know is what I think we’re starting to see here, that Holmes and Campbell really do have a lot in common. Both in the way they see the game, and the way they feel about it.

Campbell’s introductory press conference, of course, was an instant classic back in January, as he talked about biting kneecaps and kicking teeth in a 90-minute sales pitch about football culture that diehard Lions fans both understood and appreciated, given what they’ve been through the last few years.

But so was Holmes’ reaction in the draft room Thursday, when he nearly tackled team president Rod Wood once they’d landed Sewell and then made so much noise celebrating after he’d passed the phone to Sheila Ford Hamp that she could hardly make herself heard on the line.

So maybe it shouldn’t be a surprise that they’re bringing in like-minded players. Most of the Lions’ transactions in free agency looked like stopgap moves, sure, but they’re largely chip-on-their-shoulder acquisitions, too. Guys with something to prove who’ll show up with a “workman mentality,” as Campbell put it, and help build on the new foundation that’s being poured. That’s the hope, at least.

And that’s what Holmes thinks he has brought thus far in his first draft as well. He was quick to highlight the unique physical traits in each of Friday’s picks, along with their intelligence. Another common thread through all four rookies the Lions have added thus far is their developmental upside, though. Sewell’s only 20 years old, and both he and Onwuzurike opted out of last fall’s Pac-12 season, so projection plays an even bigger part of their evaluation. McNeill was a linebacker and running back in high school, so he’s still fairly new to his position, with plenty of room to grow, Holmes says, and the athleticism to be far more than you might think.

But there’s an edge to these guys, too, which is something Onwuzurike was happy to expound upon Friday. He’d declared himself the best defensive tackle in this admittedly thin class of them this year, but ended up getting drafted after Alabama’s Christian Barmore went to New England.

Sounds like he’ll fit in just fine here, doesn’t it?

Number of children traveling alone at border eases in April